So I have been really, really wanting to get to Iceland. Even if it was only going to be 36 hours in Iceland I was going to make it happen.  I decided that during my short trip I would be able to cover some ground and do a Golden Circle road trip from Reykjavik.

In November I was meant to be going to Iceland for 5 nights but didn’t make it there. I was renewing my U.K. residence permit, which is meant to take a maximum of 8 weeks and ended up taking closer to 10. I had booked the trip for the ninth week but ended up not being able to leave the country as the Home Office had hold of both my passport and residence card. Bummer. I was going to have to settle for just 36 hours in Iceland.

My second attempt would prove successful, but short, as it was on the tail end of my 2017 2 month trip in the states. I sort of used it as a long layover which Icelandic airlines are offering at no extra cost. You can fly from various places to or from the U.S to U.K return with the option of adding a longer stop over in Iceland. It’s quite a smart move really. I was real into the idea as I didn’t really want to be flying from LA all the way to London in 1 shot anyway.

Making the most of 36 Hours in Iceland

I carefully planned the 36 hours in Iceland order to make the most of the trip. I picked up a car on arrival to Keflavik airport at approximately 2pm and take a leisurely drive to the coast in Grindavik then head slightly back inland to experience the Blue Lagoon. This would have worked perfectly except the flight was delayed 4 hours due to extreme Icelandic weather and I almost missed the pre booked spot at the Blue Lagoon. Thankfully the receptionist was understanding and because it was just Si and I allowed us to enter anyway.

Now whether or not to spend money on going to the Blue Lagoon is an ongoing debate. Yes, there are other geothermal pools you can visit for much less or no cost, but if you enjoy the spa experience I would say it was well worth it. Coming directly from a music festival where showers don’t happen and after I was sleeping in a car for 4 nights, it was actually a godsend. I spent 3 hours here just floating around and I could have spent longer if I had been on time, but I wanted to get to our accommodation in Reykjavik before dark.

It only took about 45 minutes to get to the airbnb. Free parking was readily available and it was walking distance to the centre. After a little wander around, and a quick but expensive bite to eat I hit the hay.

I left the Airbnb about 8am in hopes of staying ahead of all the tour buses. The Golden Circle route is very popular with tours, but I thought why not self drive it and go at my own pace. I’m not a fan of crowds and being hurded around like cattle(there are instances where this has been a positive). It seemed to work out as I didn’t see any tour buses until Gulfoss Waterfall.

In total the drive is about 3 hours, but took all day with the stops. Everything you see on his mini road trip is absolutely incredible. It amazes me that this many natural phenomenas can occur in a compact region. It’s such a simple drive, no GPs was needed, I just used the map from google maps on my phone.

Arriving back to Reykjavik in time for happy hour was a definite plus. Food and alcohol is astronomically expensive in Iceland. Even during happy hour 1 beer was £5/$6.50. That being said I had to get a famous Icelandic hot dog for less than £3! There are hot dog stands all over but I tried the most famous, Bæjarins beztu pylsur.

Iceland has much more to offer than I was able to see, but for a short Iceland stopover I was satisfied with my completed Road Trip! 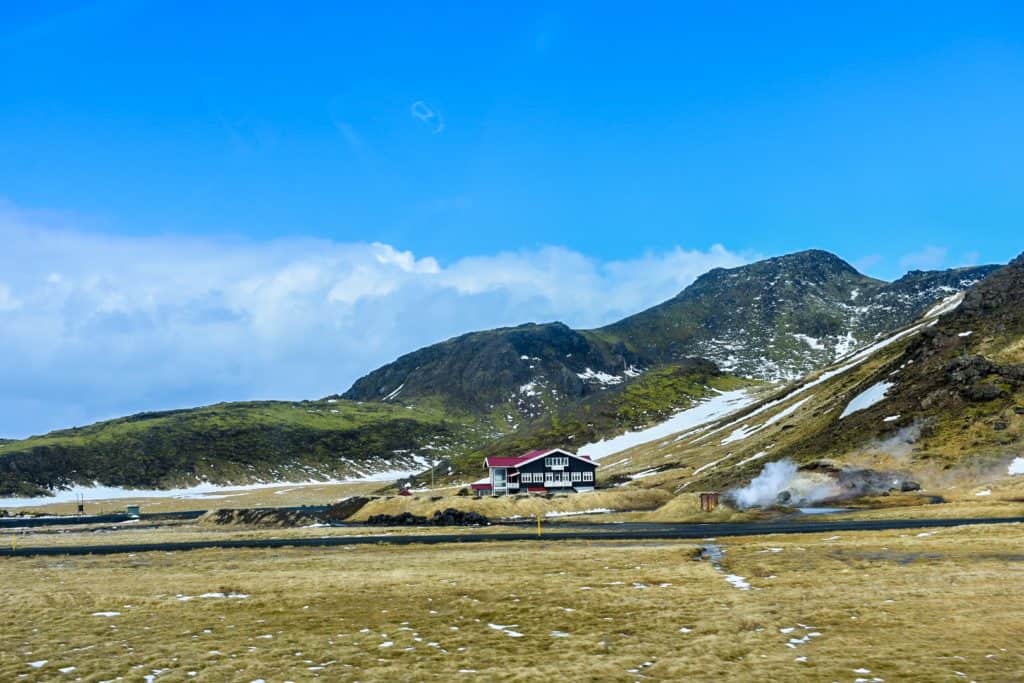