Travel Guide: Things to do in Amelia Island and Fernandina Beach, Florida

Travel Guide: Things to do in Amelia Island and Fernandina Beach, Florida

How is it that I’ve never heard of Amelia Island until recently?!  At only 13 miles long, Amelia Island is a somewhat hidden gem off the coast of Florida and part of the sea islands chain. Fernandina is the main town on the Island and has some serious history to offer. There are beaches for days and enough things to do for a laid back, but interesting escape.

Where is Amelia Island and Fernandina Beach? (Map)

Amelia Island is on the East Coast, right off the shores of Northern Florida and just below Georgia.  If you threw a rock North you may actually get it to Georgia, or you could just take a boat tour around Georgia’s neighboring island, Cumberland Island.

Fernandina Beach municipality is 12 square miles and takes up most of the Northern part of the island, it’s town lies on the West side.

Other smaller communities on Amelia Island include Amelia City, American Beach and Franklintown.

What is Amelia Island Known For?

Amelia is known for having relatively uncrowded and pristine beaches. It’s a low key family friendly destination with not too much going on (in a good way). A great location for a no frills family beach vacation, but with the option for exploring nature, learning some history or just listening to the waves.

The island was named after Princess Amelia, daughter of King George II of England and has a long standing European background. The island has has been under the reign of 8 different flags!

Amelia Island has a mix of second homes and full time residents with many of the homeowners hailing from Georgia and Florida.

Fernandina Beach, the main town on this real treasure island, has a surprising amount of history to it.  It used to be a haven and stopover for smugglers and bootleggers looking to get into the United States, while Amelia Island was still under Spanish rule. It’s rumored that some of the pirates, or their ghosts, have stuck around!

In present day,  the city of Fernandina Beach is the hub for shopping, dining and entertainment on the island. 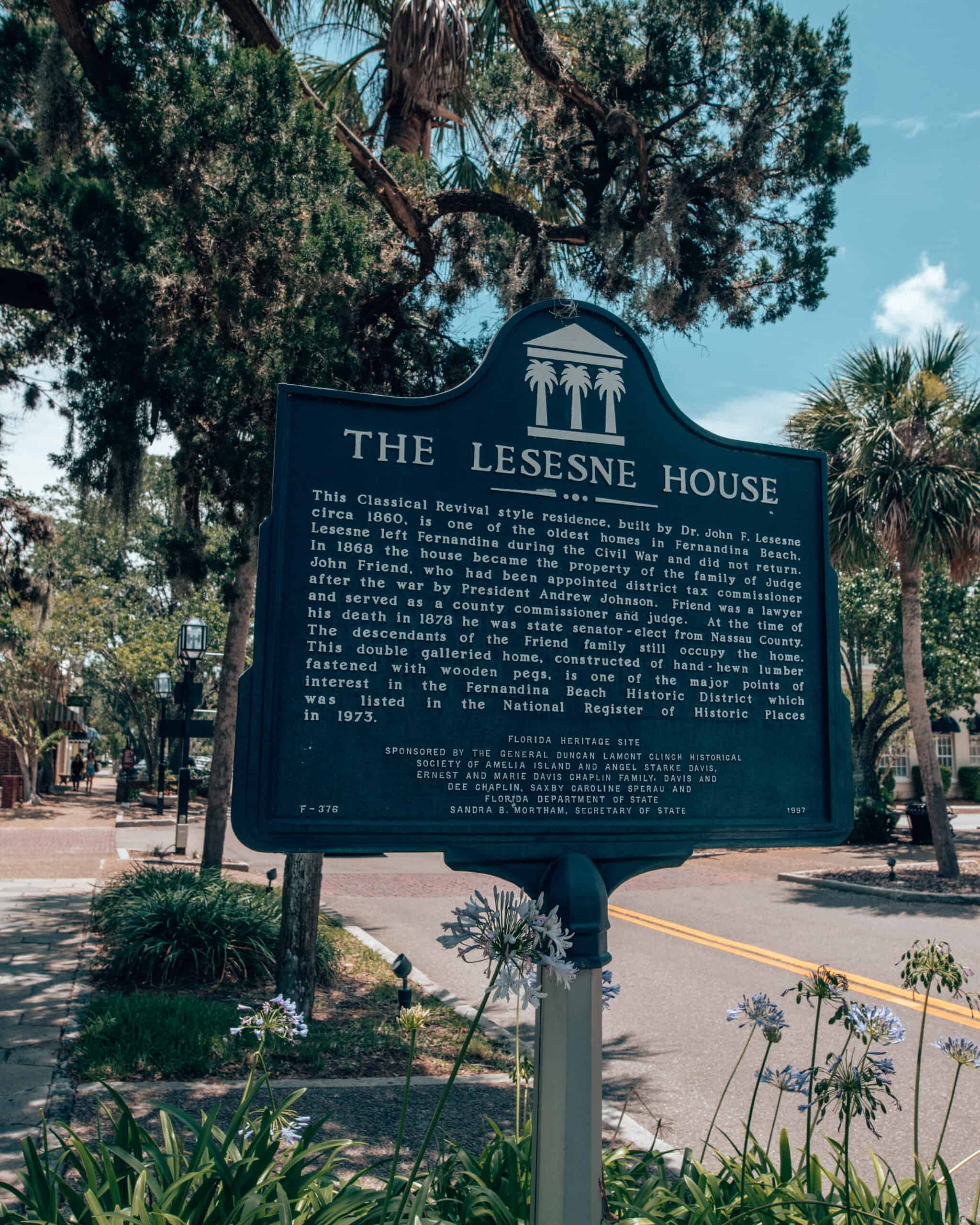 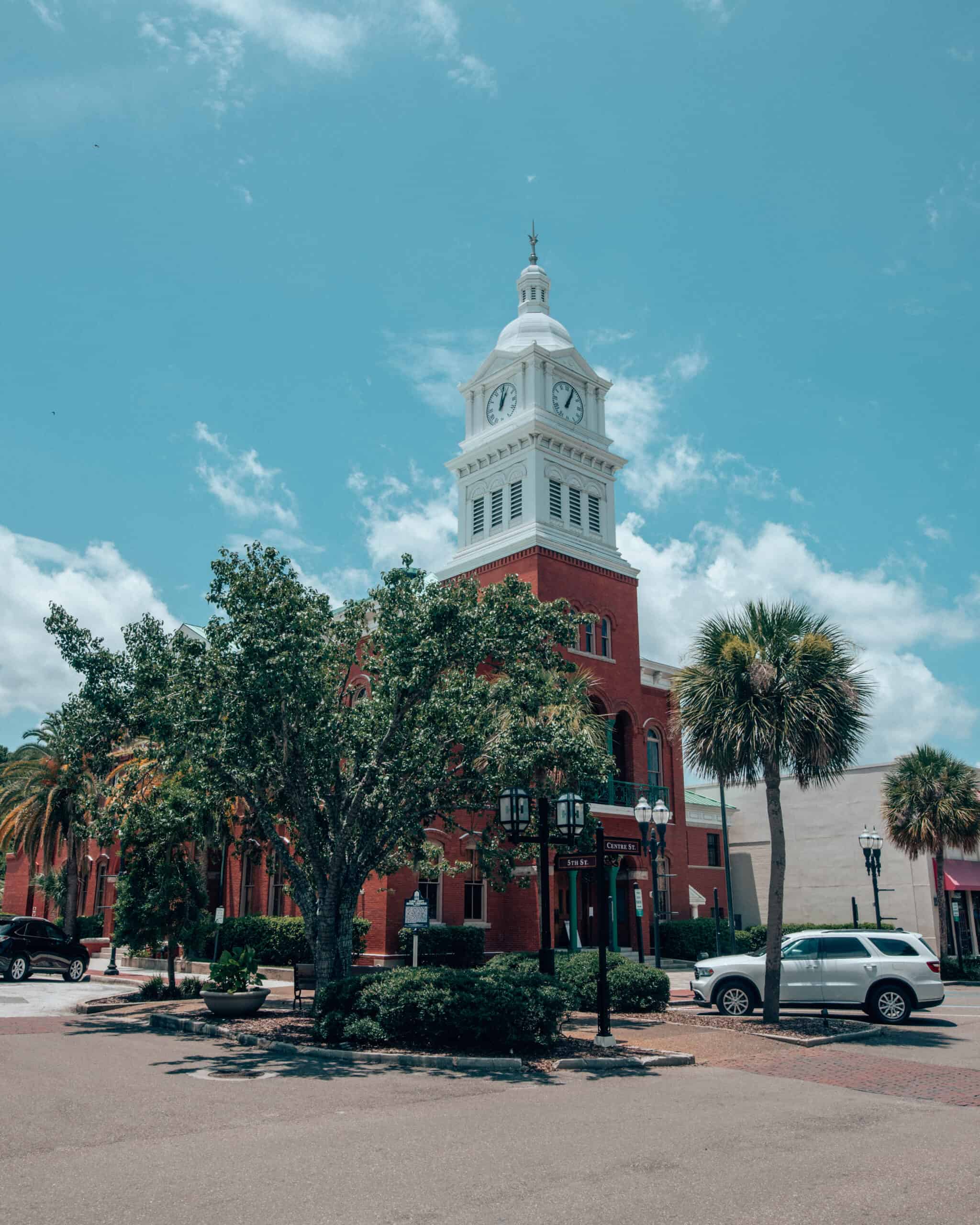 Amelia Island and Fernandina Beach are places that you could truly visit anytime of the year.

Technically, hurricane Season is June – November, but as stated by Amelia Island Tourism, there have been only three hurricane strength storms to pass near Amelia Island in the last 155 years making it a relatively safe destination in regards to these level storms.

Even though the humidity can be daunting during the summer, this is still the busiest time of the year. Keep cool by staying near the water with your umbrella and sunscreen in the heat of the day!

Low crowds and mild temperatures. The shoulder season is always my favorite time to travel anywhere I go! It’s easier to get reservations where you’d like and most of the kids have left the beach and gone back to school!

Too cold for proper sunbathing, but it’s still nice to get out on the beach in the calmness of winter.  Nights can get pretty cool- down in the 40’s.

From the North or South: You’ll pretty much take 1-95 all the way! Once you get off the interstate, you’ll have just 12 miles to go.

Yulee is the last big town you’ll pass before you drive over the Thomas J. Shave Jr. Bridge and onto the island.

Jacksonville is the closest major airport at just 35 miles away.

There are a couple options if you want to dock your boat on the Island;  Amelia Island Marina, and Fernandina Harbour Marina. Make sure you boat around Cumberland Island as well, to see the horses!

The only public transit is the Nassau Transit Island Hopper. It’s just $1 to ride. The loop starts at Fernandina Beach City Hall at 10am. The bus doesn’t come very often and only does a total of 6 loops per day.

Having a car is definitely preferable on Amelia Island if you want to see things other than the beach and need to get to places like the grocery store.

Is there Uber on Amelia Island?

The short answer is, Yes, there are Ubers on Amelia Island. However, the ease of getting one can change at a moments notice. It may be worth booking a local taxi if you need to hire a car.

Where to Stay : Hotels, Resorts and more

There a few really incredible hotels on the island, which really impressed me! You also have a few Bnbs and then a plethora of homes to rent through Airbnbs, VRBO and booking agents.

If you’re with a group renting a house in walking distance to the beach is always fun!

A lush oceanfront property on the southern half of Amelia Island. Enjoy multiple pools, championship golf, a luxury spa and multiple dining options.

Ritz Carlton also has an incredible beachfront location. With it’s Gold Standards, you’ll always have top notch service at the Ritz. Stunning pools with direct beach access, restaurants, and golf are just some of the amenities at this Amelia Island location.  Treat yourself to a tasting menu at their world class restaurant, Salt, for farm to table cuisine.

A quaint B&B right on the sand run by the Dunlop Family. The Elizabeth Point Lodge has a front porch with rocking chairs you’ll never want to get out of and will pack you your own beach picnic! Adjacent to Fort Clinch State Park in the northern end of Amelia Island.

If you want to be in the center of Fernandina Beach, be sure to check out the Florida House Inn! You’ll be in walking distance of the island’s bars, restaurants and shops. 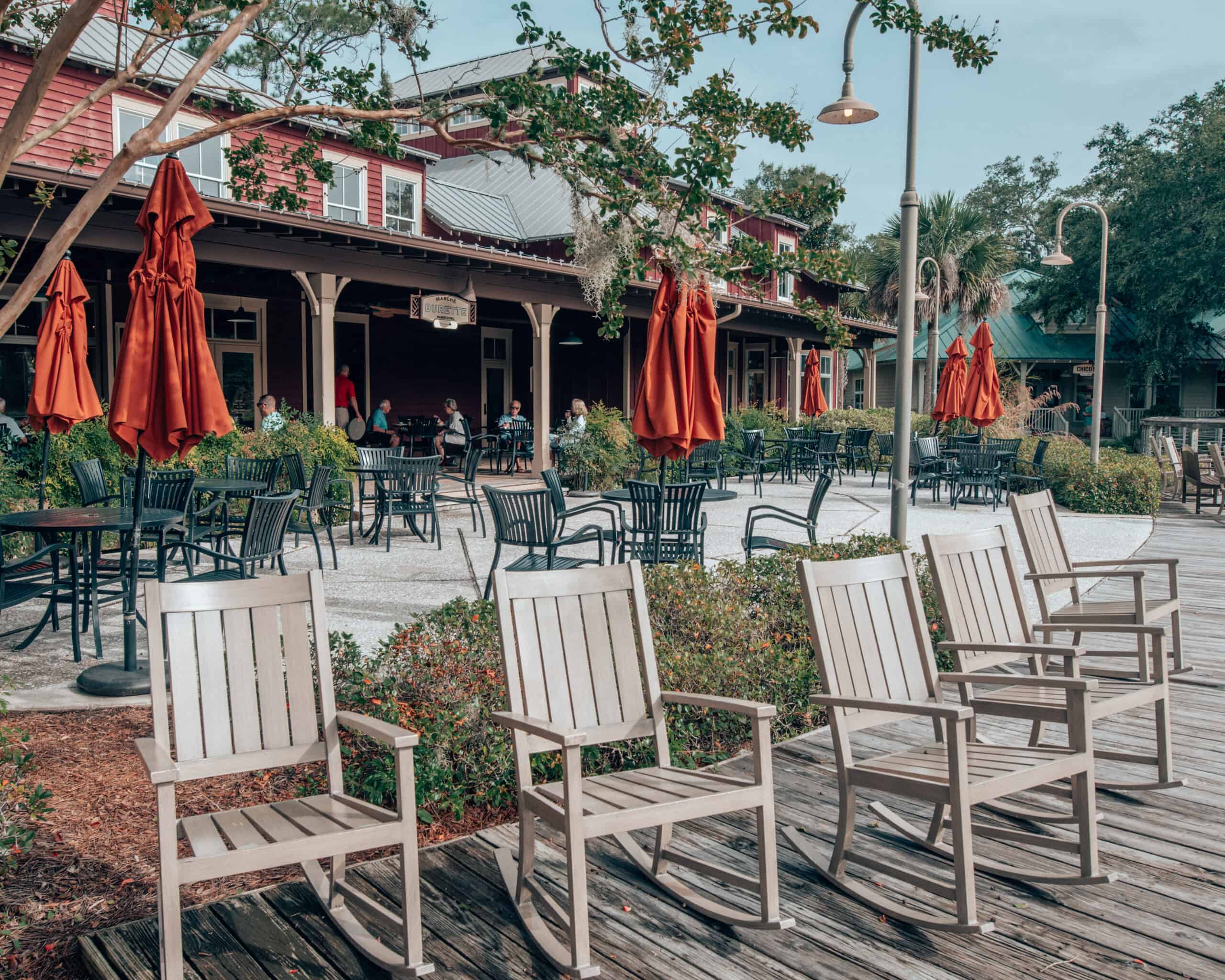 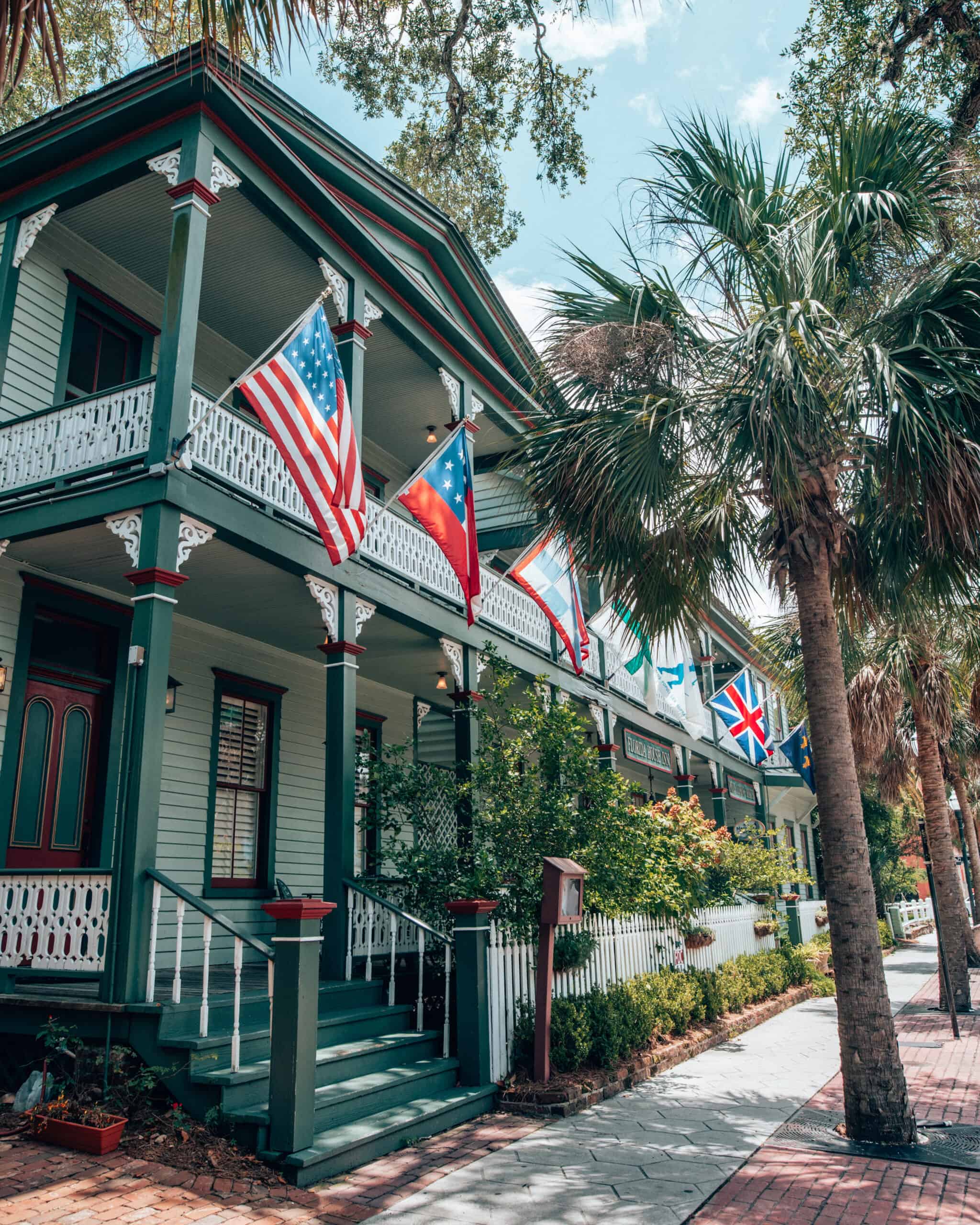 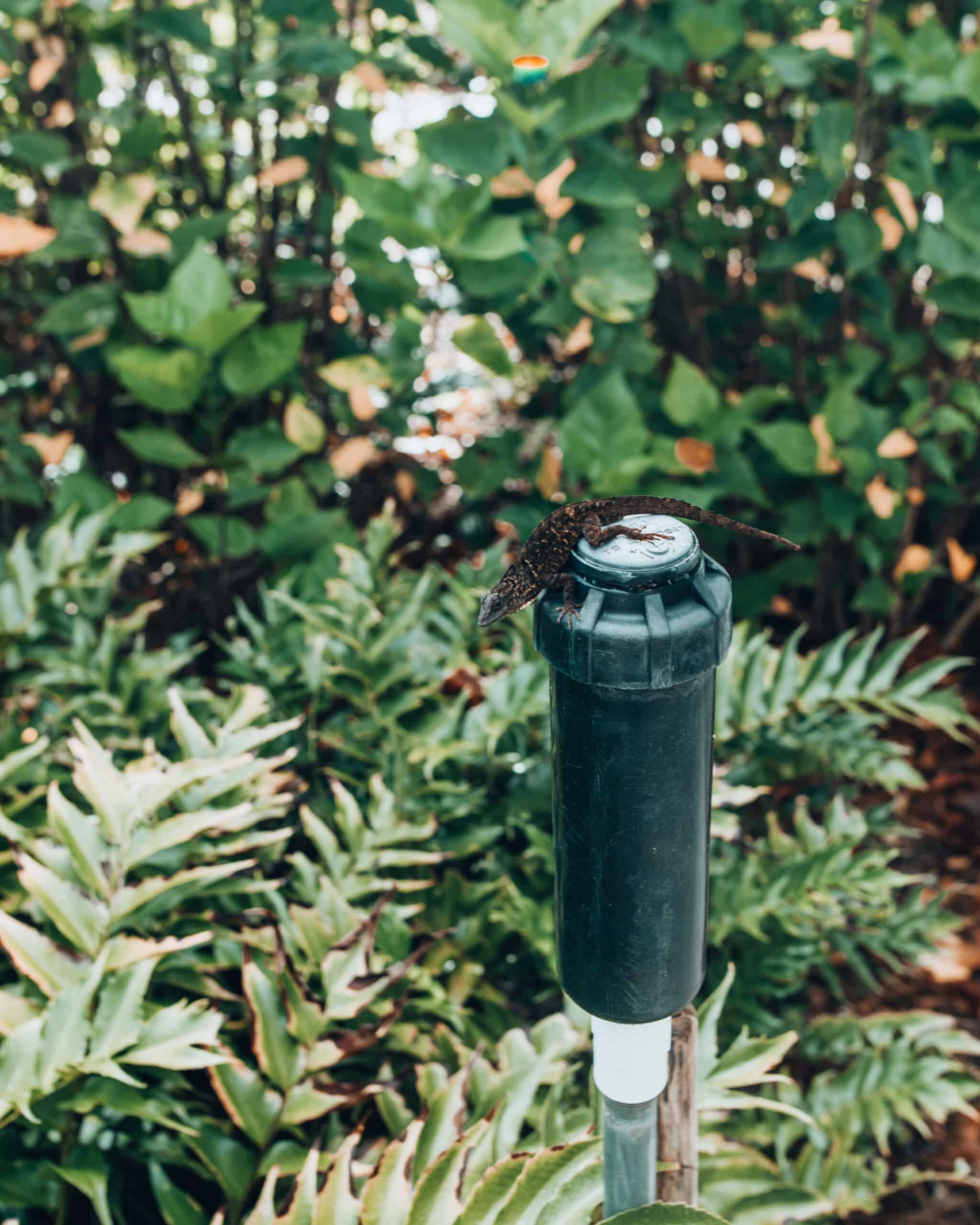 Where to Eat and Drink : The Best Restaurants and Bars on the Island

A funky restaurant with a equally funky menu to match. I had their back porch lemonade draft cocktail which was super refreshing and tasty.

A french restaurant in a quaint setting that capitalizes on the fresh local seafood available.

Salt at the Ritz Carlton

The fanciest restaurant on the island featuring 40 salts from around the world!

Oceanfront dining and drinking. Their frozen pina cooladas were absolutely on point and the staff was super friendly. The food was nothing to rave about, but I’d definitely go for the sea view and the tiki bar!

The Palace Saloon claims to be the oldest continuously running drinking establishment in Florida!  Open daily until 2am, featuring live music, bottomless mimosa and friendly locals.

A dive bar in Fernandina Beach with an outdoor stage, funky porch and good ol’ fashion cheap drinks! A must visit for dive bar aficionados, like myself! 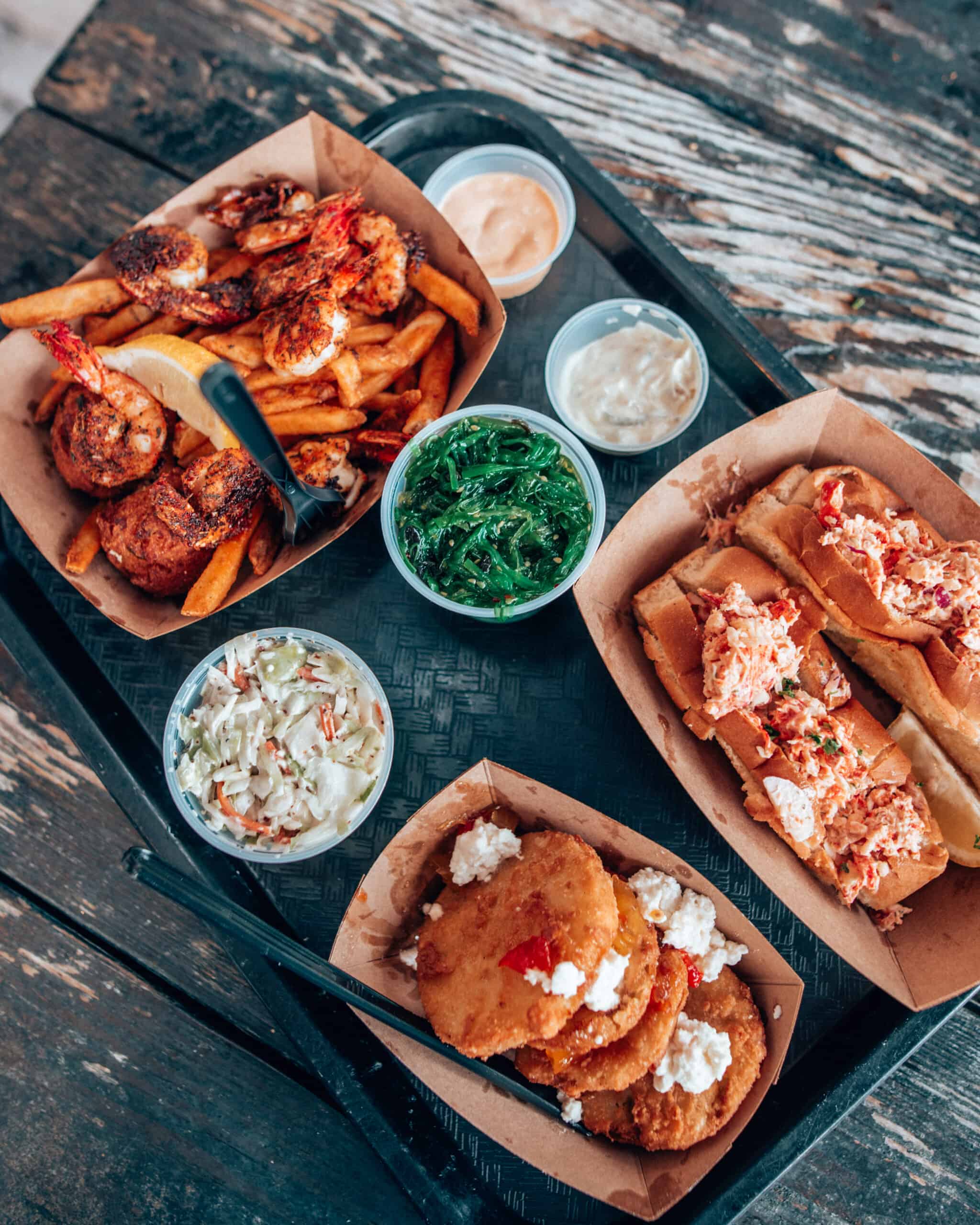 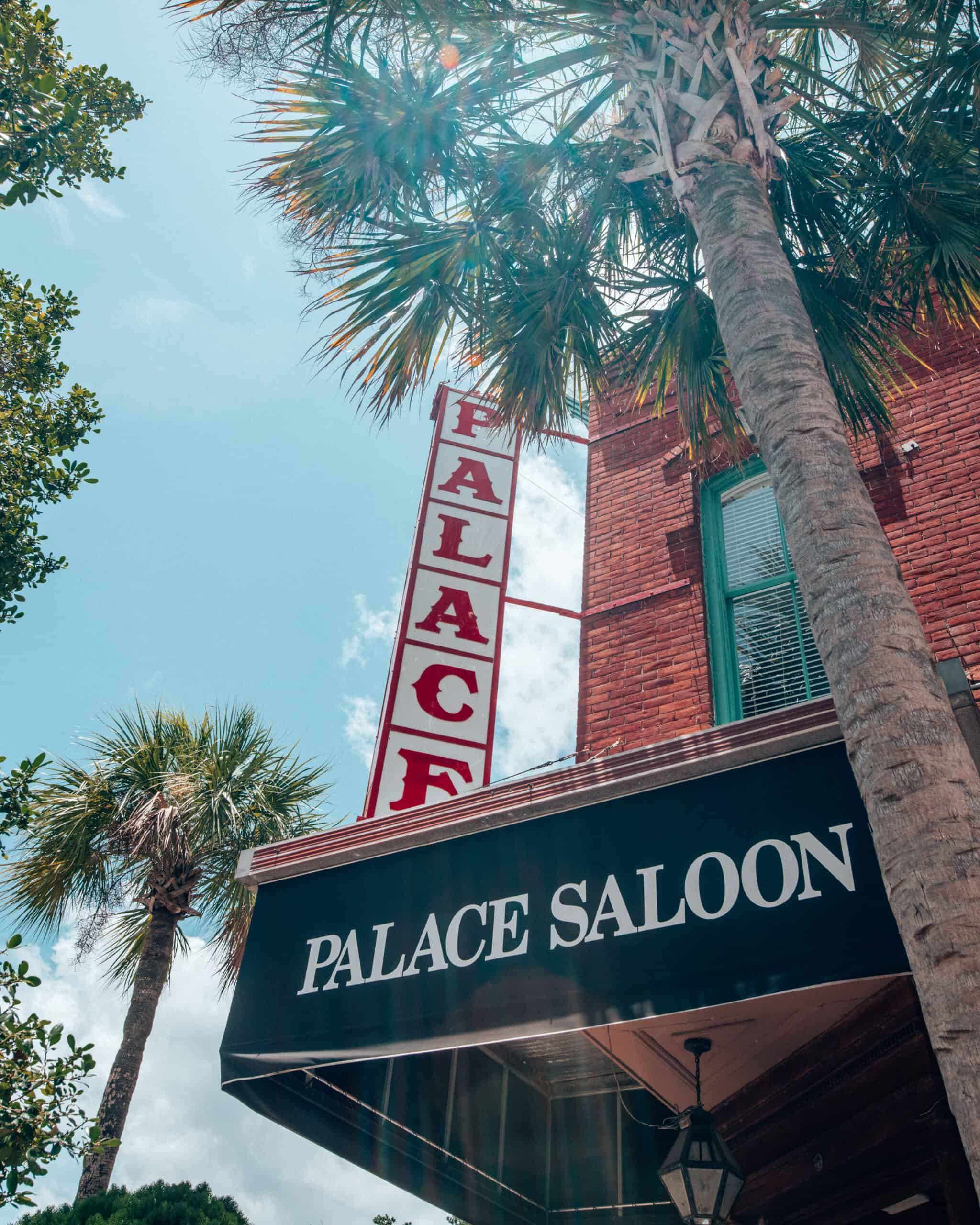 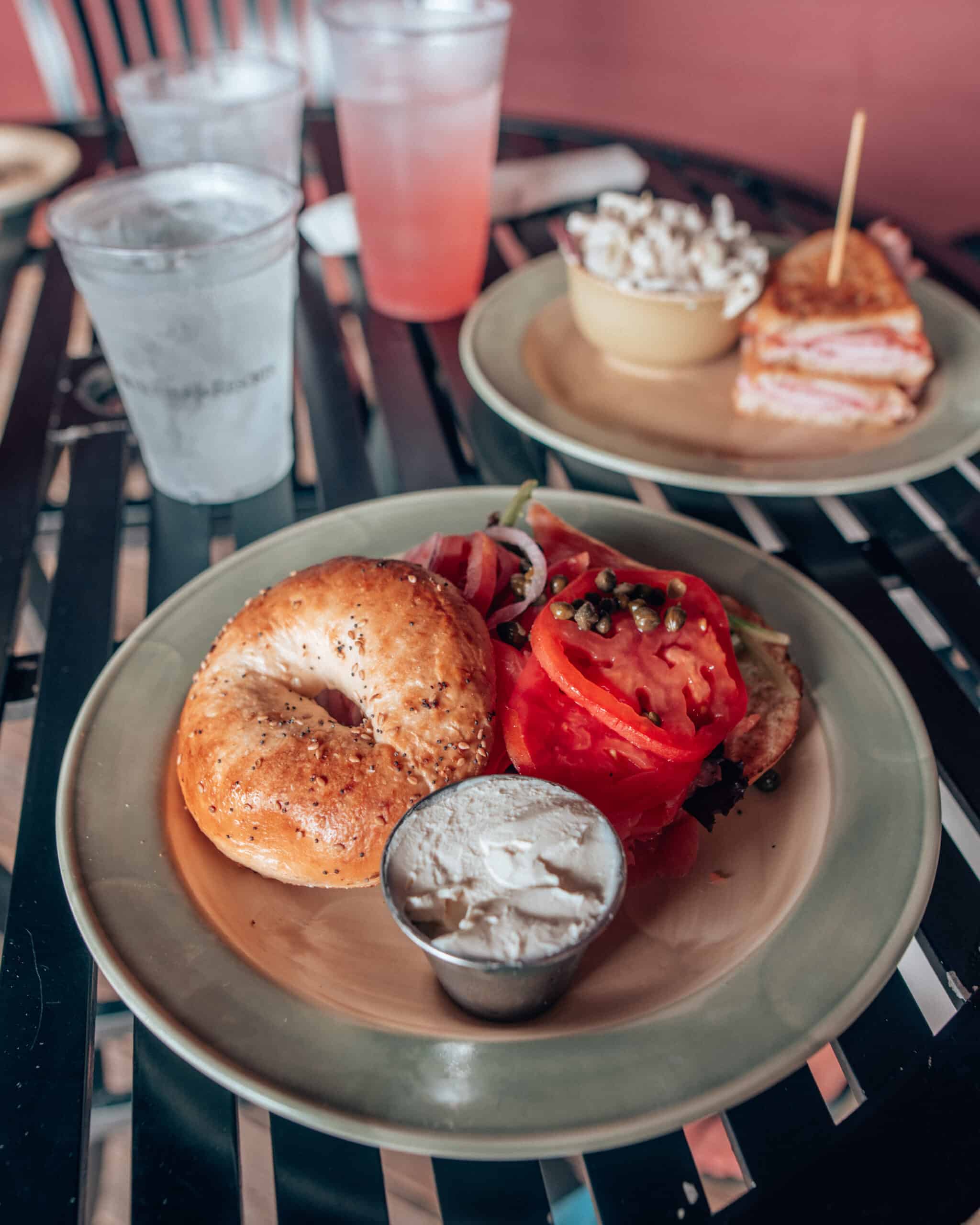 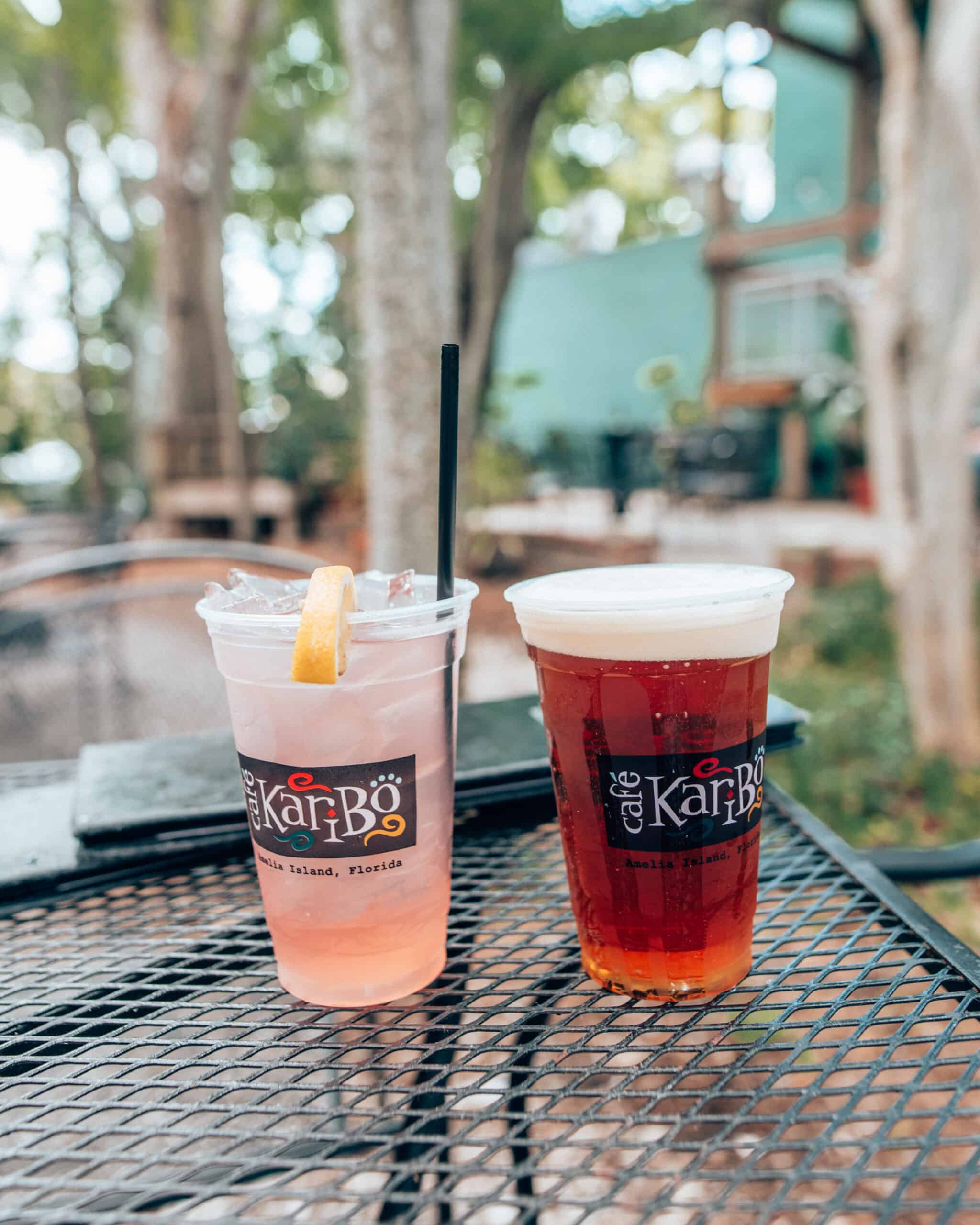 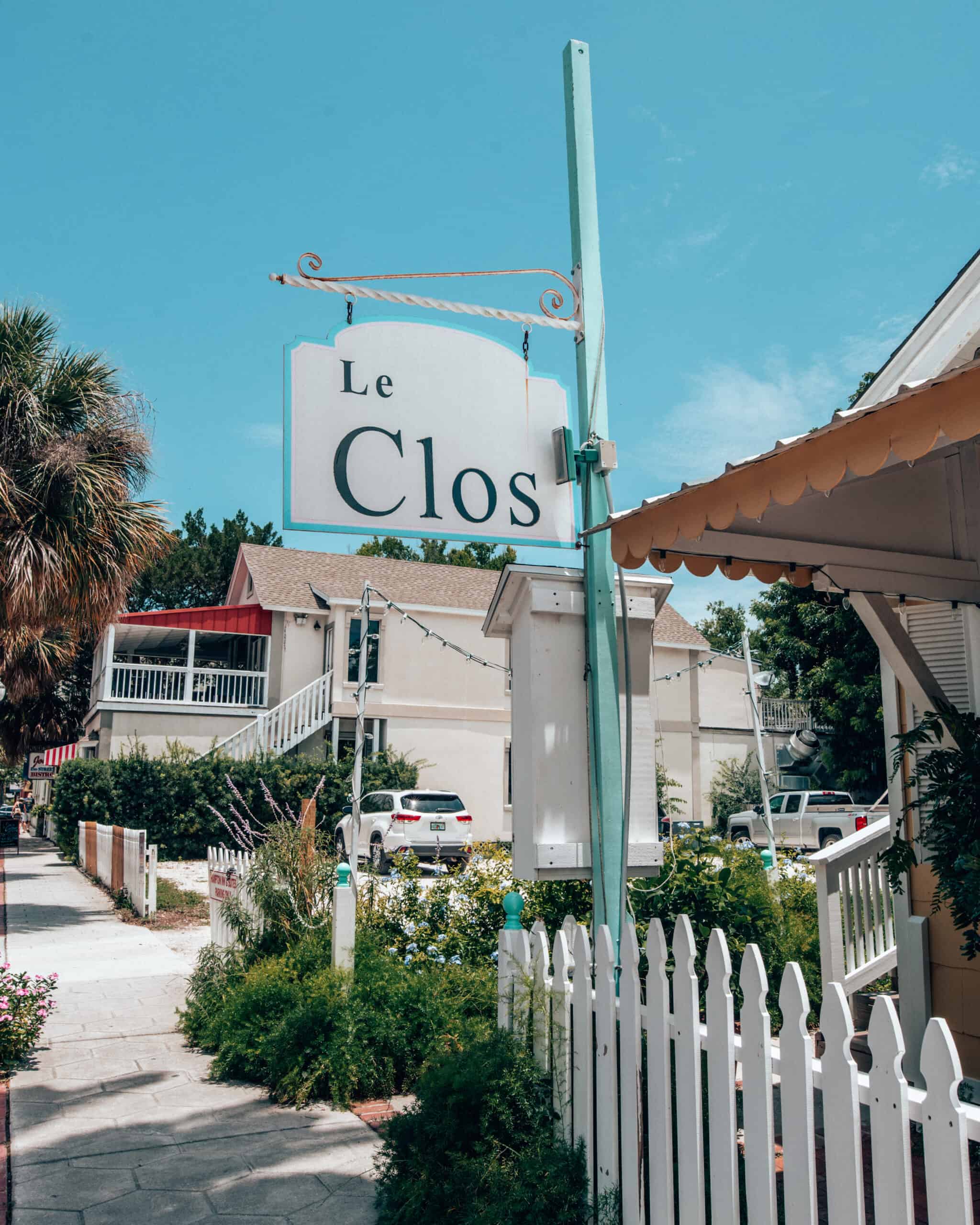 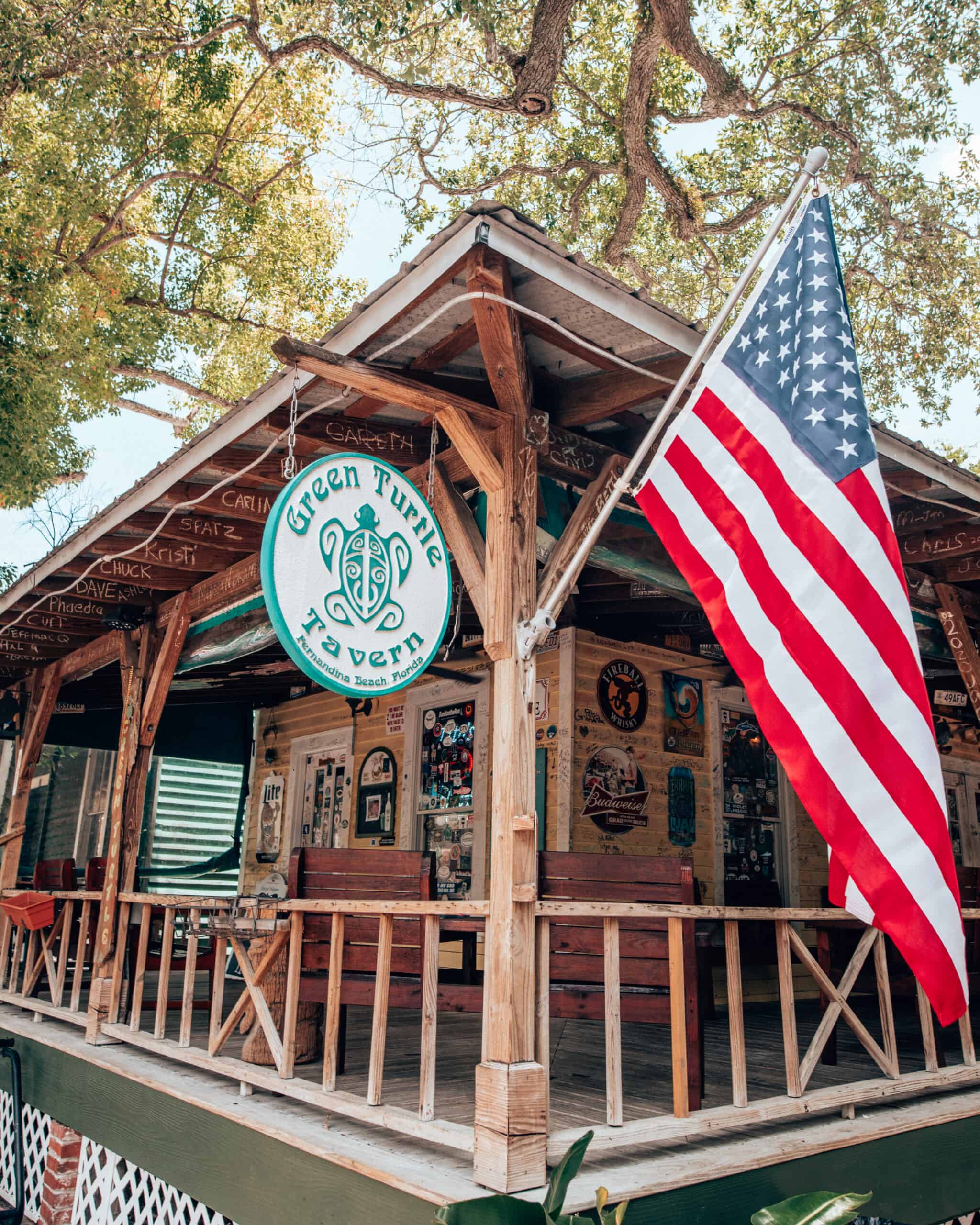 The Best Things to Do in Amelia Island, Florida

1. Check out the Amelia Island Museum of History.

Learn all about Amelia’s Island’s past through the museum or one of their hosted walking tours.

2. Take in all the sites and smells on a Food Tour.

I always find tours are a great way to meet people, especially when mixed with a few beverages. Take your pick between a Booze + Bites Tour or a Cocktail Tour (a.k.a mobile cocktail party) with Amelia Island Downtown Tasting Tours.

If you are a nautical history buff or interested in pirates, this is a must do! Amelia island was known for it’s deep harbours and for being the back door of American for seamen, fisherman and pirates alike.

Did you know that historic rich families of America(The Rockefellers and the Carnegies) have houses in the lowlands in this area? It’s the ultimate privacy!

You can visit this island by boat and even stay the Greyfield Inn, where John F. Kennedy Jr. got married! The only other way to stay over night is to camp.

Take a guided tour to see the flora and fauna or bike yourself around this captivating island.

5. Sit back and relax on a River Cruise.

By far the best thing we did here. I learned so much on the Amelia Island River Cruise! Tour Guide was hilarious and super knowledgeable. The Best $20 I spent.

Timing didn’t work out, but I really wanted to try their evening booze cruise – adults only and BYOB!

No military action actually occurred at Fort Clinch, but they still do “reenactments” and have the cannons there for show, and to be fired once a month! The Fort was used as a base during three U.S. engagements .

The fort is open daily from 9am-5pm and incurs a $6 vehicle fee.

Biking, camping, hiking, swimming are just a few activities you can do at this state park. 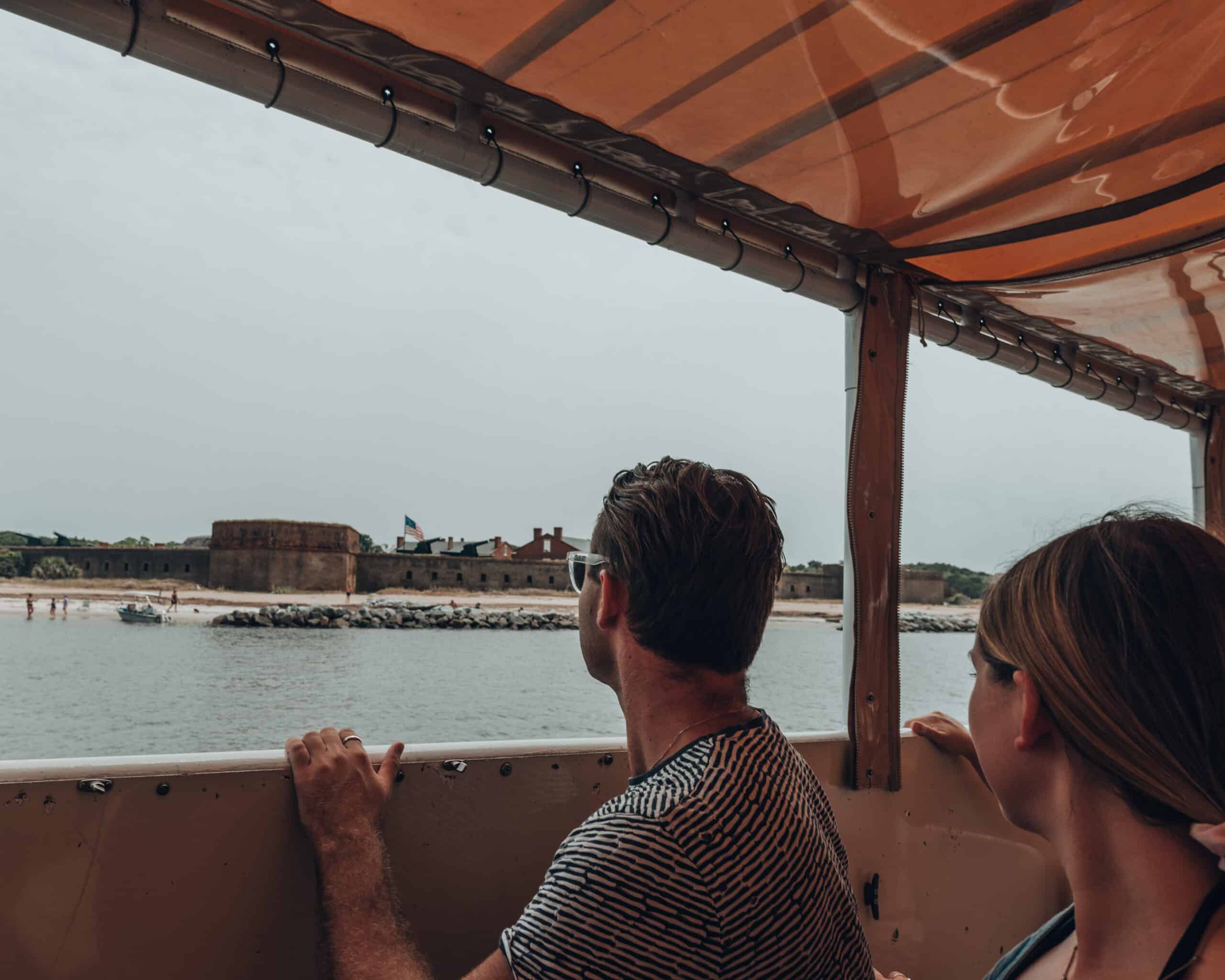 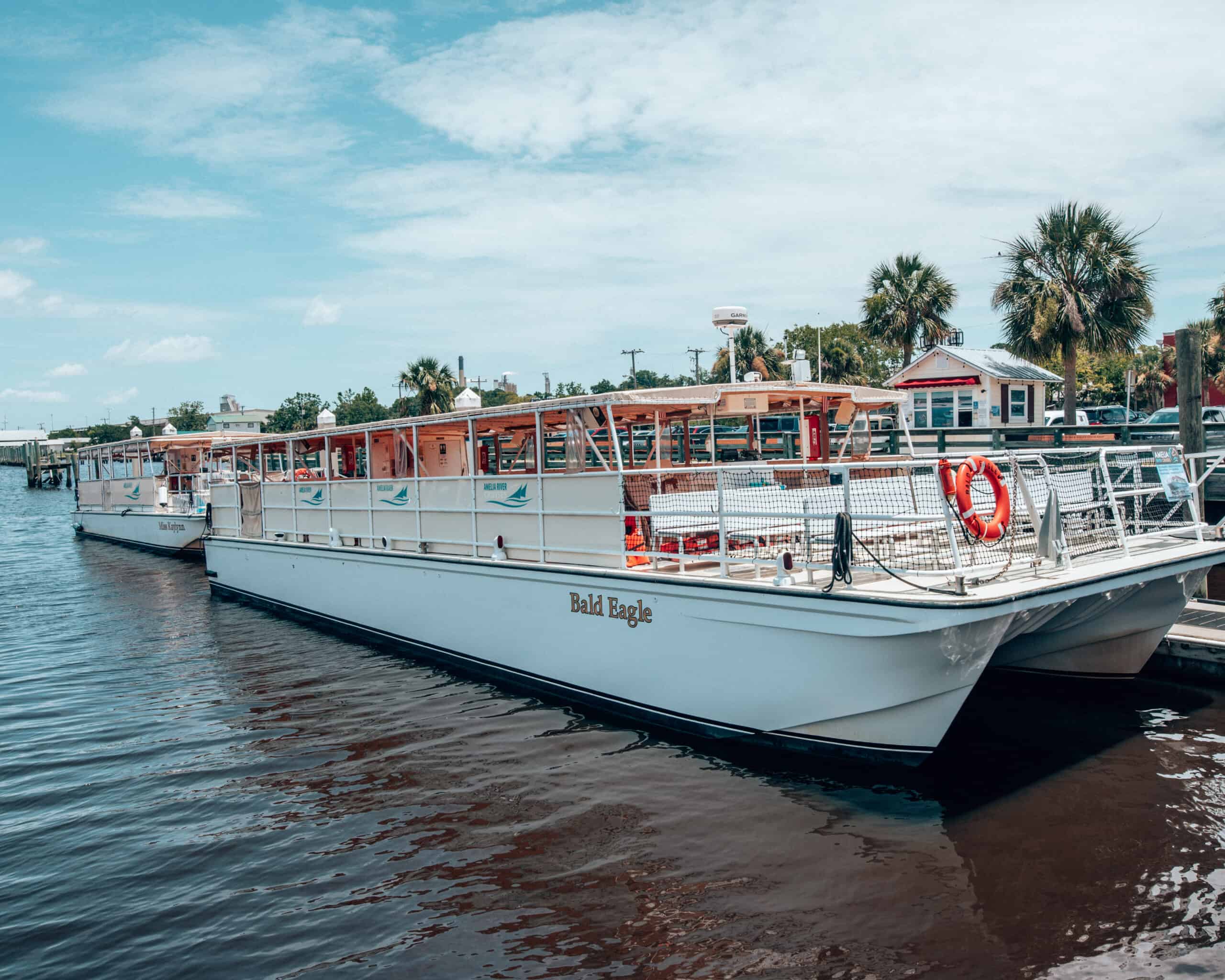 There are more than 40 public beach access points along the island. We parked ourselves right near the pier on Fernandina Beach at mile marker #30.

Technically, you can not drink on the beach and you could get a fine, but people definitely still do it. It’s more important to not have any glass.

You could see that people with accommodation close by would leave their gear on the beach if they went back for lunch or a quick break from the sun. However, the rules are that beach gear can not be left behind after 8pm.

Oh, and it will be a challenge not to pick up at least a few sea shells, the shore is filled with them!

8. Ride Horses on the Beach and feel like your in a romance novel.

Create unforgettable moments riding horseback into the sunset on  the island’s stunning beaches.

Bird watch on part of the Great Florida Birding and Wildlife Trail, Bike the Timucuan Trail bike path across to Big Talbot Island, or do a kayak eco tour with Kayak Amelia.

10. Glance up at the Amelia Island Lighthouse.

The state’s oldest lighthouse was built in 1838. It’s first light was cast before Florida was even a state!

11. Take a swing at the Fernandina Beach Municipal Golf Course.

Enjoy 27 holes of golf or the driving range, then relax at their on site restaurant and club house.

A flashback to the golden era of pinball! Almost 30 different machines with classic themes like Ghostbusters and The Addams Family. 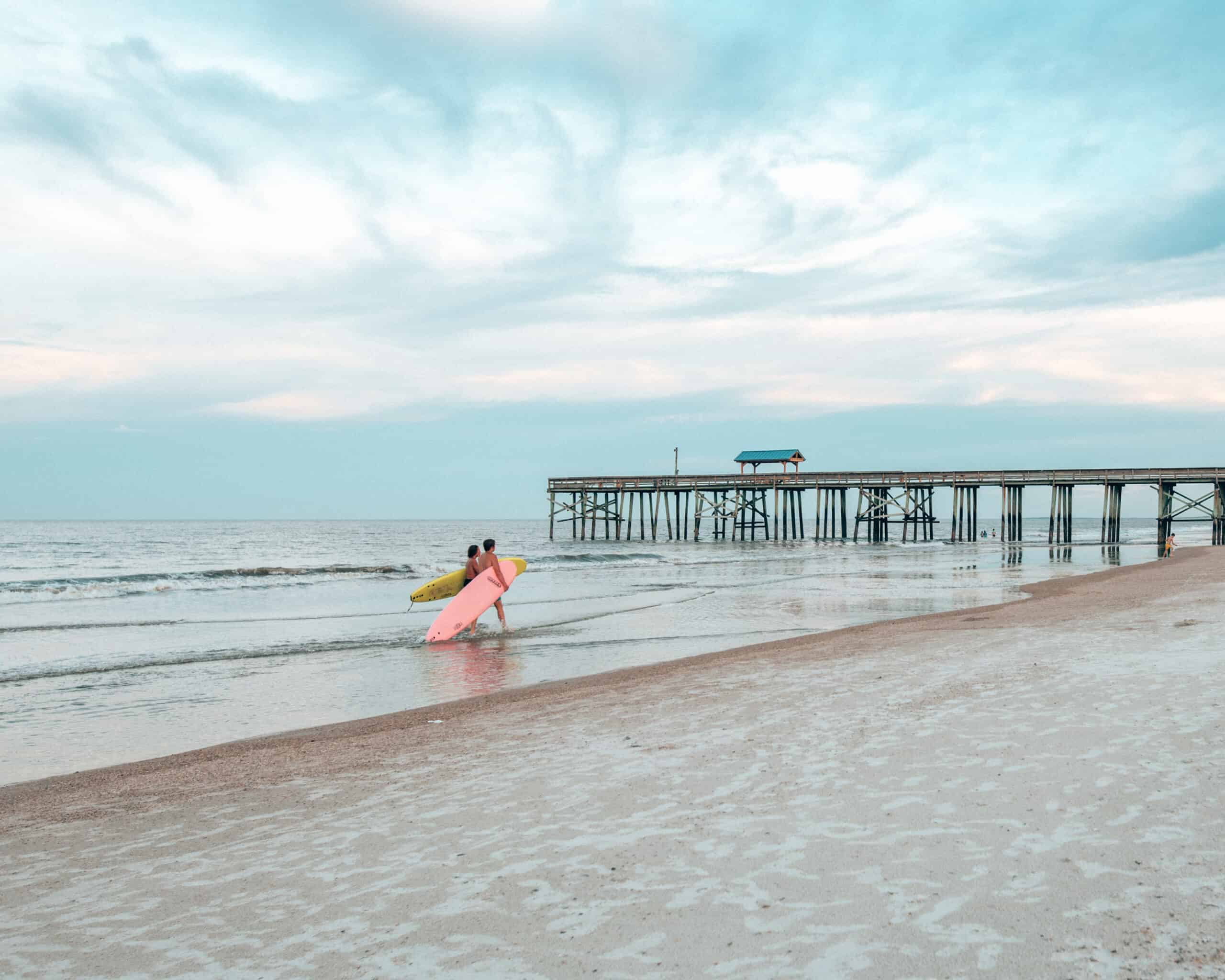 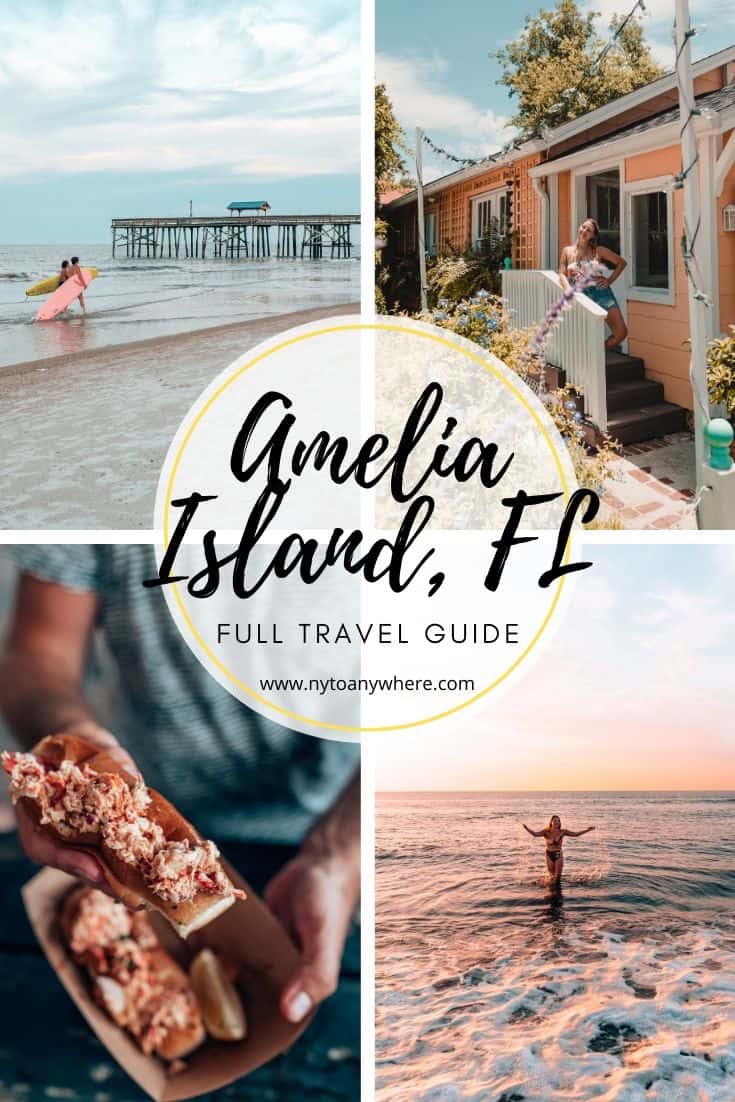 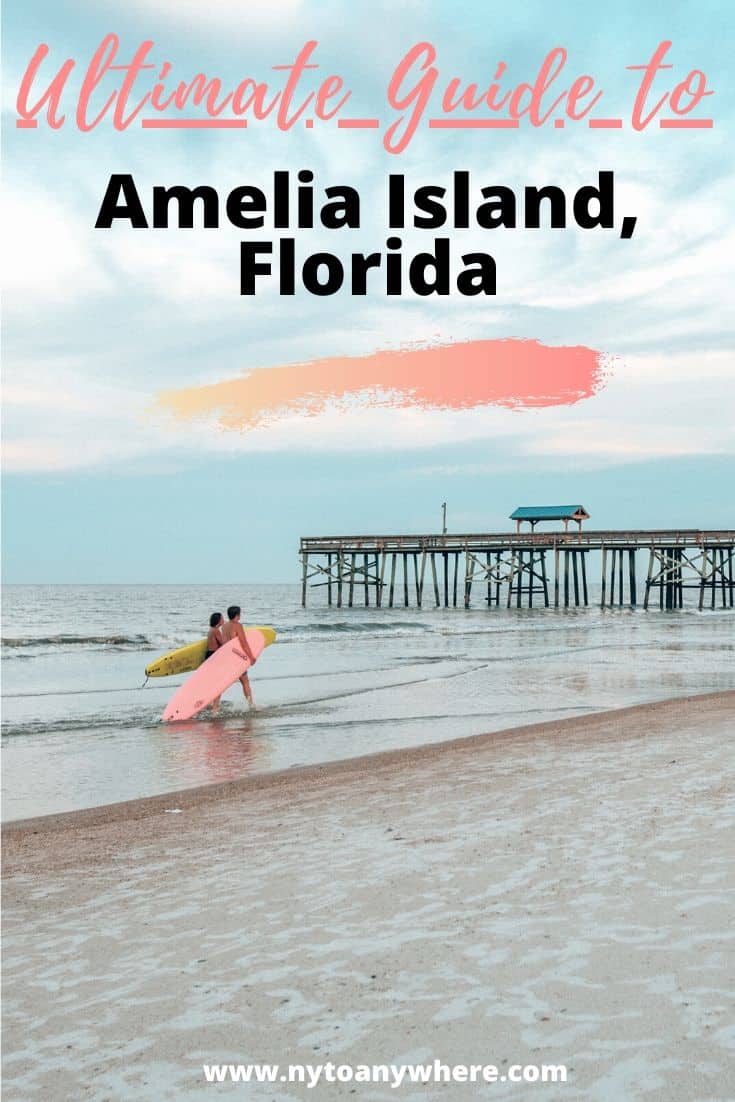 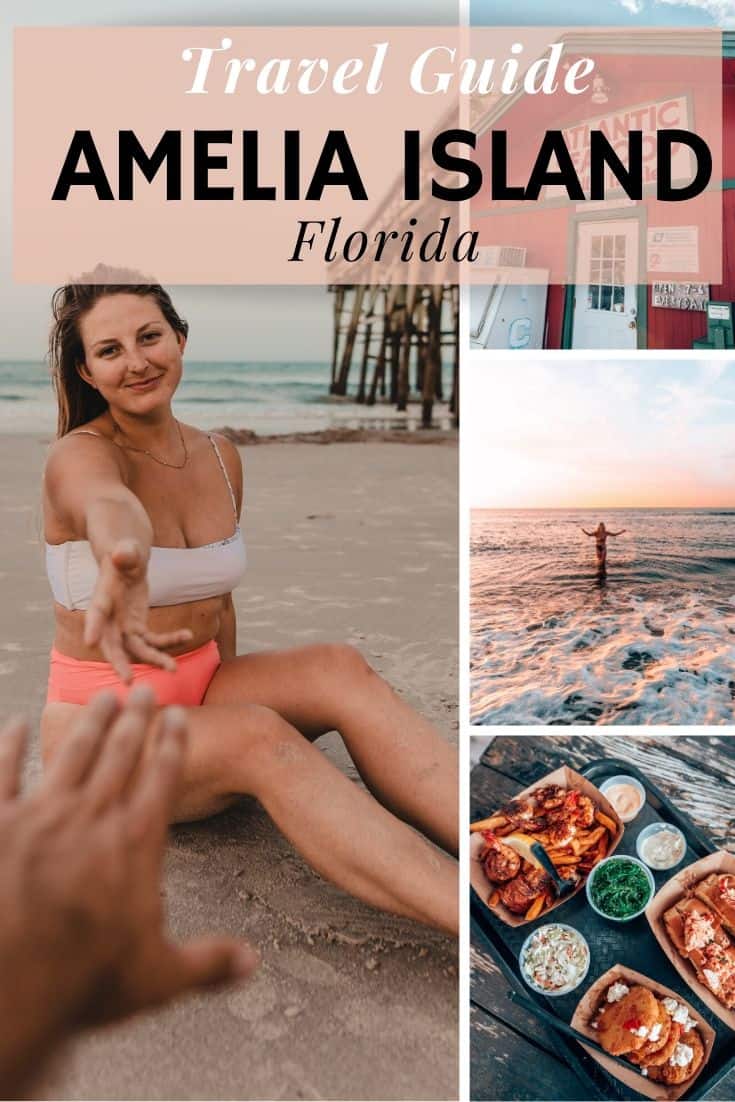 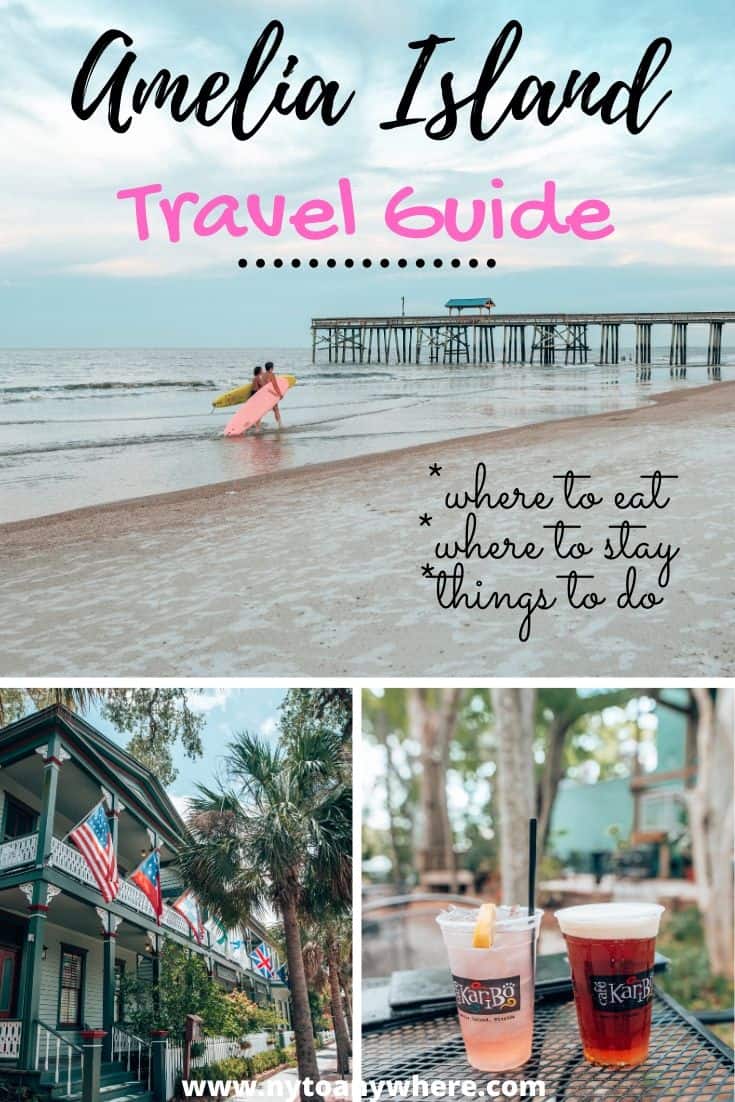