Cornwall, England Travel Guide: The Best Things to do and Places to Visit

Cornwall, England Travel Guide: The Best Things to Do and Places to Visit

Devon and Cornwall are the 2two most southern counties in England. They are known for their coastlines, surfing and lots of tasty sea food!  I lived in Devon for 6 years and visited Cornwall a handful of times. Though I should have some bias to Devon, I actually think there are more beautiful places to visit in Cornwall and there is certainly a number of interesting things to do!

What is Cornwall England famous for?

Cornish pasties, stunning coastline, and lush countryside are a few of things Cornwall is famous for.  Though not widely spoken, Cornish is actually it’s own language derived from the Celtic language. You’ll notice the language as soon as you start seeing place name signs!

You can get from destinations such as London on the Great Western Railway.

Check the National Express for routes to Newquay.

A road trip through Cornwall is the best way to get around!

Newquay Airport is an option if you’d like to fly in.

Places to visit in Cornwall, England

The first thing I said to my husband when we arrived at  Tintagel Castle was, “Why have we never visited this place?!” Tintagel Castle is one of those places that made me think just how much there is to see in this world. I mean if something like this is just around the corner and I never knew about it, imagine the hidden gems around the world.

Tintagel Castle is only an hour drive away from where I had lived in Devon and I had never been to this amazing place. The castle ruins were perched up on the cliff side and to get to the top you had to over a foot bridge and climb up potentially treacherous steps which scaled the cliff face.  Apparently Tintagel Castle is actually where King Arthur was conceived!

Next on my list is  St Michael’s Mount. I stayed in the nearby town of Penzance and spent the night at the cosy Artist Residence.(Read about my stay at The Artist Residence here.)

The mount is a tiny island off the shore accessible via a causeway that opens up at low tide or catch a boat! It’s home to a medieval church, castle and even some locals.  Unfortunately when I as there the island was closed winter, but I could still admire its’ beauty from shore. 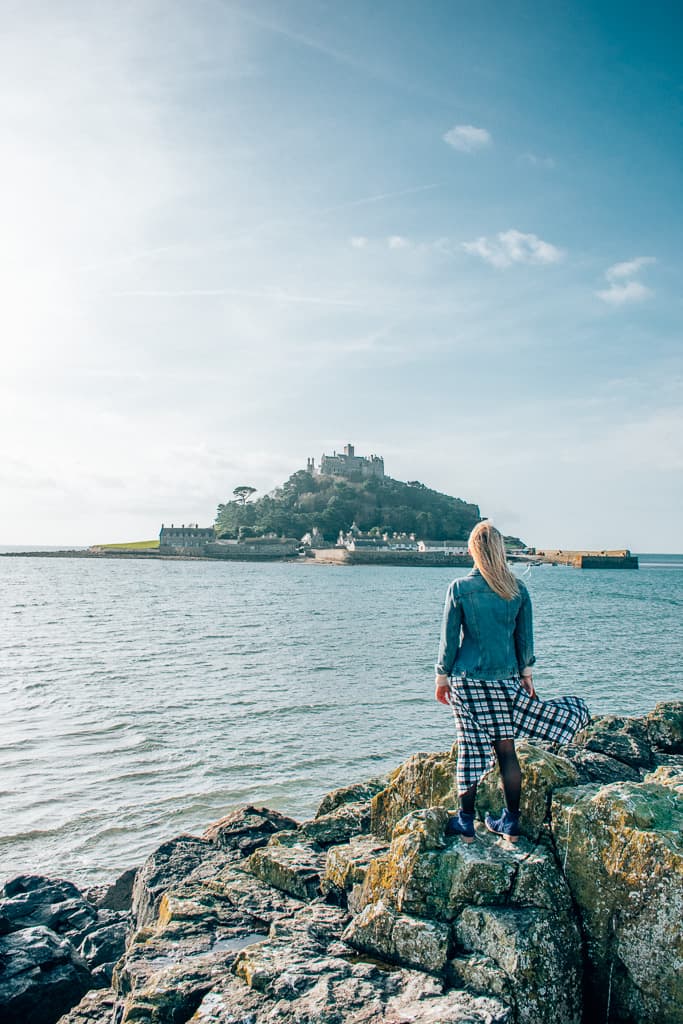 I didn’t picture myself saying this, but Porthcurno is one of the most beautiful beaches I’ve ever seen.   Not only is the beach stunning, but you can also visit the Minnack theatre, an open air theatre built into the cliffside. There is even a coastal path from the theatre straight down to the beach. The turquoise waters of Porthcurno are unreal, as if it had been touched by the gods! This is definitely one of the most beautiful places to visit in Cornwall. 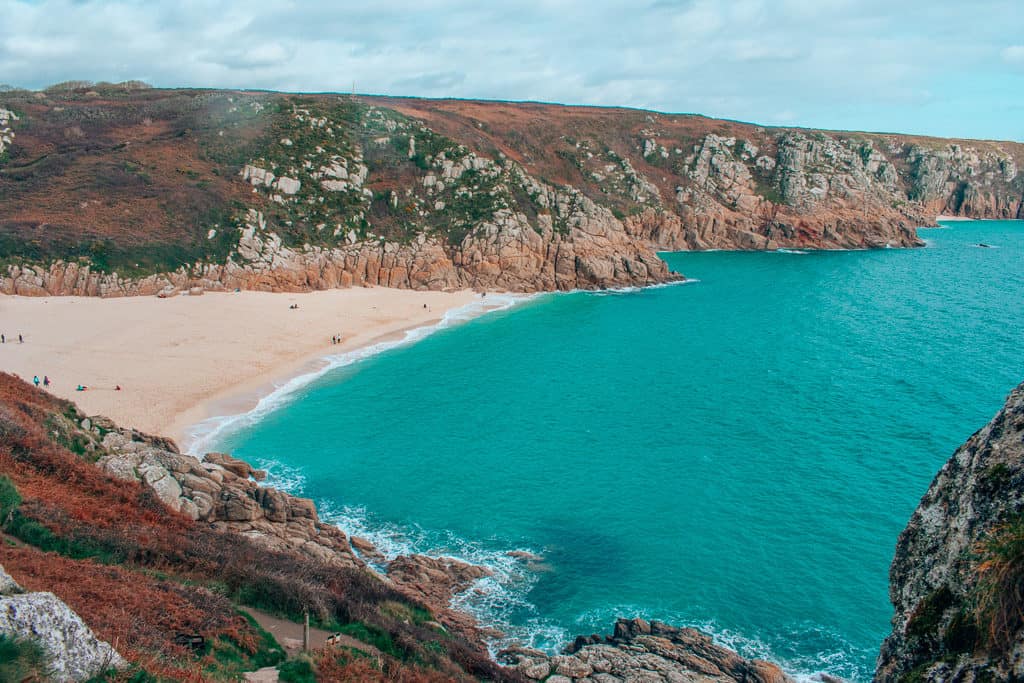 Being that I was already so far close to the tip of England, I thought it necessary to visit the official ‘Land’s End.’ This actually ended up feeling much less raw then the first two stops. It was much more touristy than I expected, although it’s still feels cool to say I’ve been to the end of England!

St. Ives is a magical place in Cornwall.  The beautiful town has multiple beaches and the cutest harbour with quirky shops and restaurants lining the edges. There seems to be a bit more going on here than towns like on Penzance, while still maintaining its seaside charm. 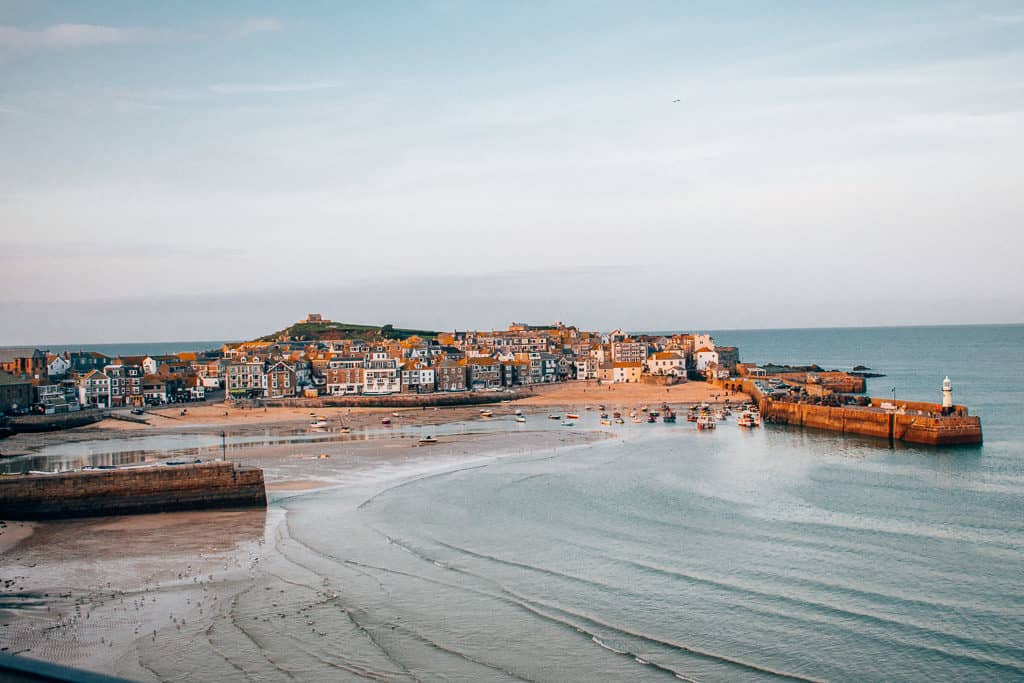 Things to do in Cornwall, UK

The Eden Project is home to the world’s largest indoor rainforest and many other forms of vegetation. You can see gigs at their outdoor venue in the evenings or ride England’s longest zip wire!

Watch a performance at the Minnack Theatre.

The Minnack Theater sits on a cliff edge next to Porthcurno Beach. This incredible open air venue is worth checking out even if you don’t see a performance! The views of the Atlantic Ocean are spectacular.

Go for a Surf.

Explore the Lost Gardens of Heligan. 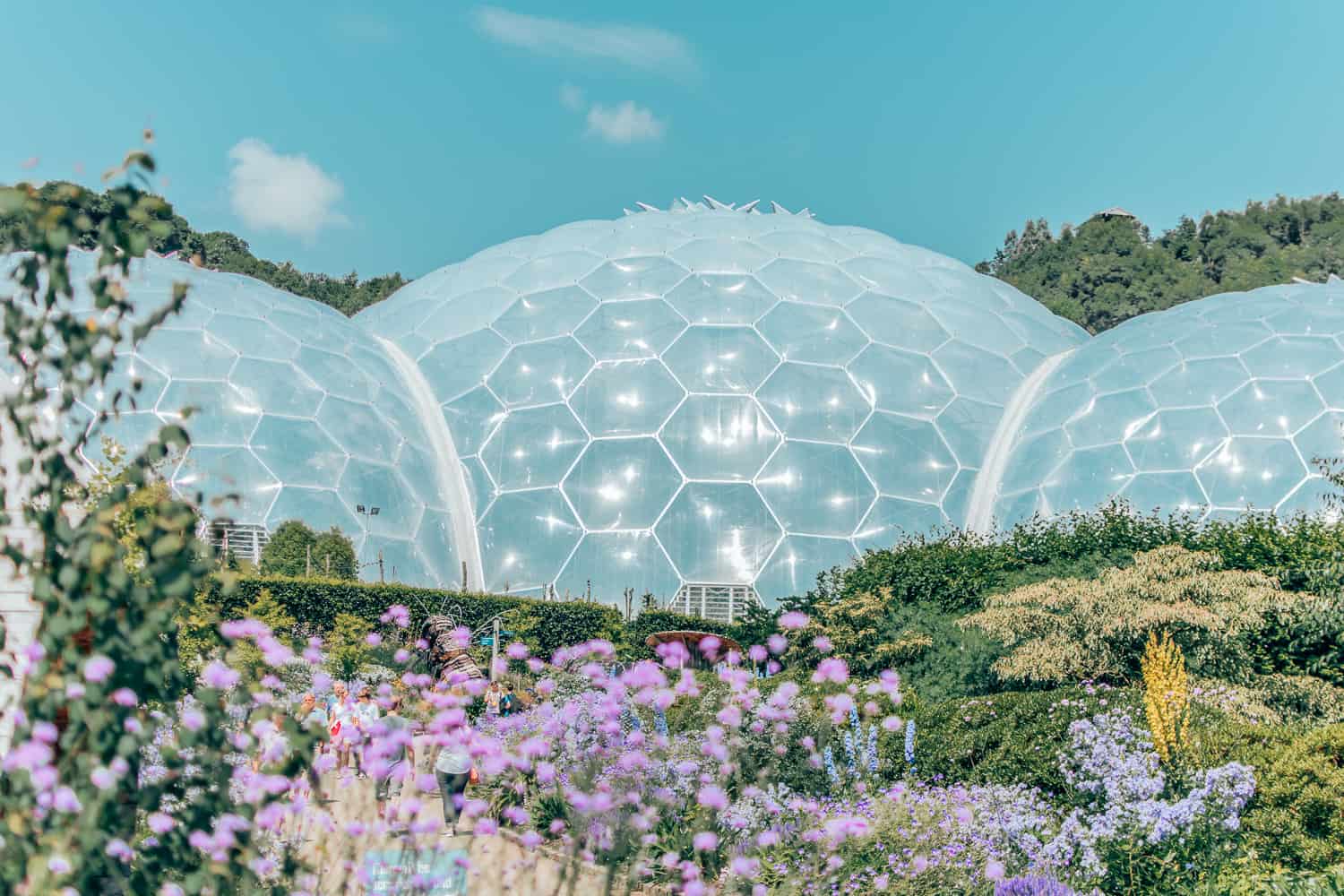 Where to Stay in Cornwall: Boutique Hotels and Unique Stays 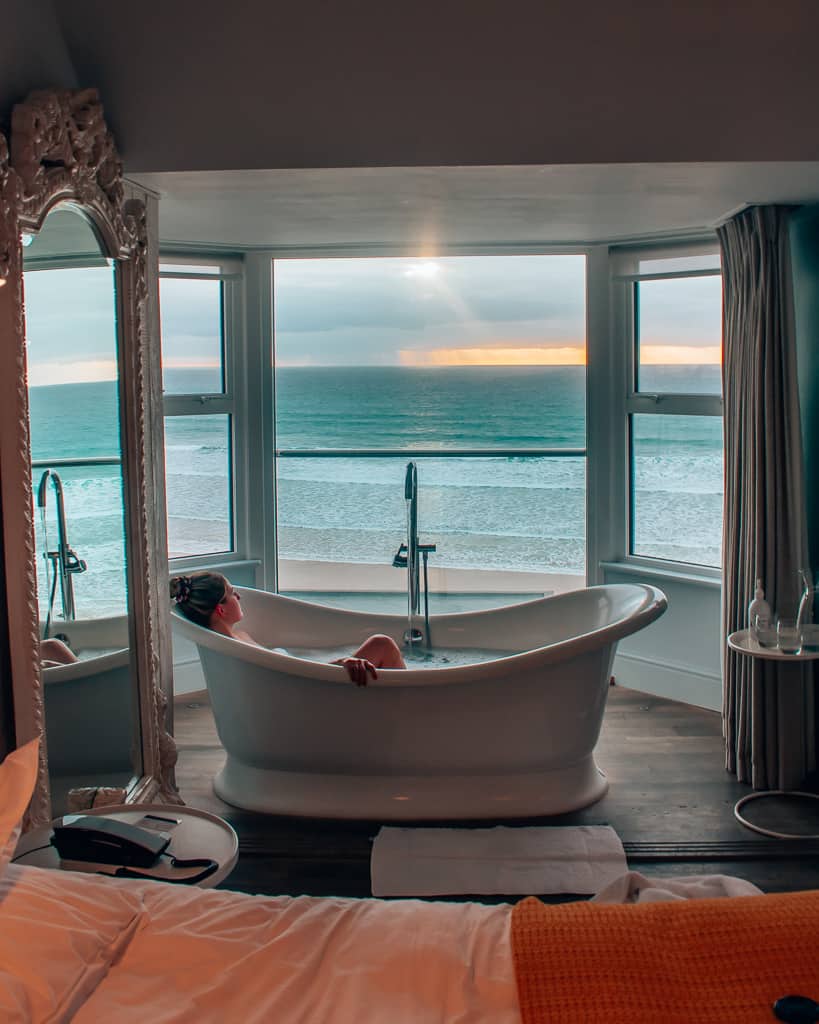 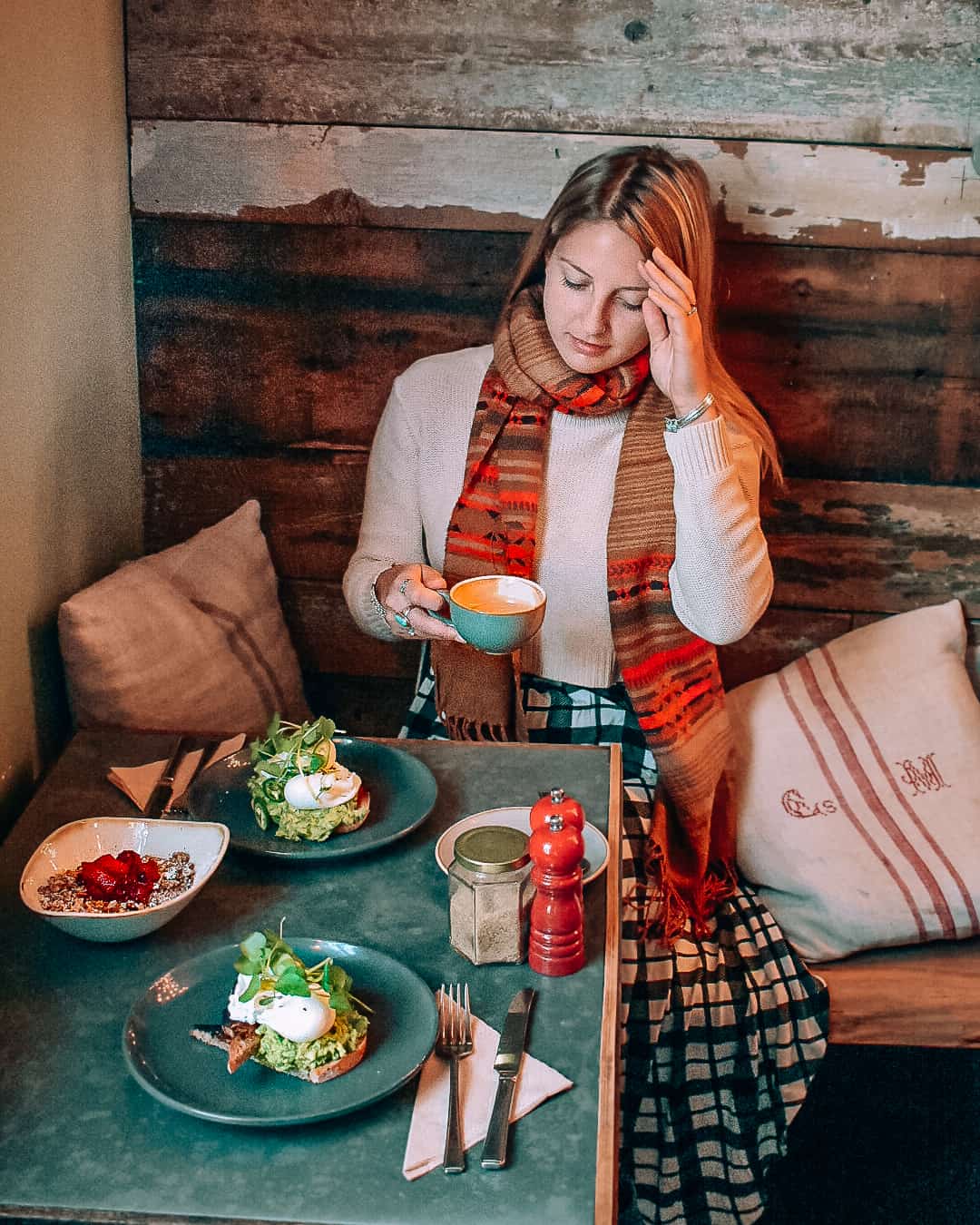 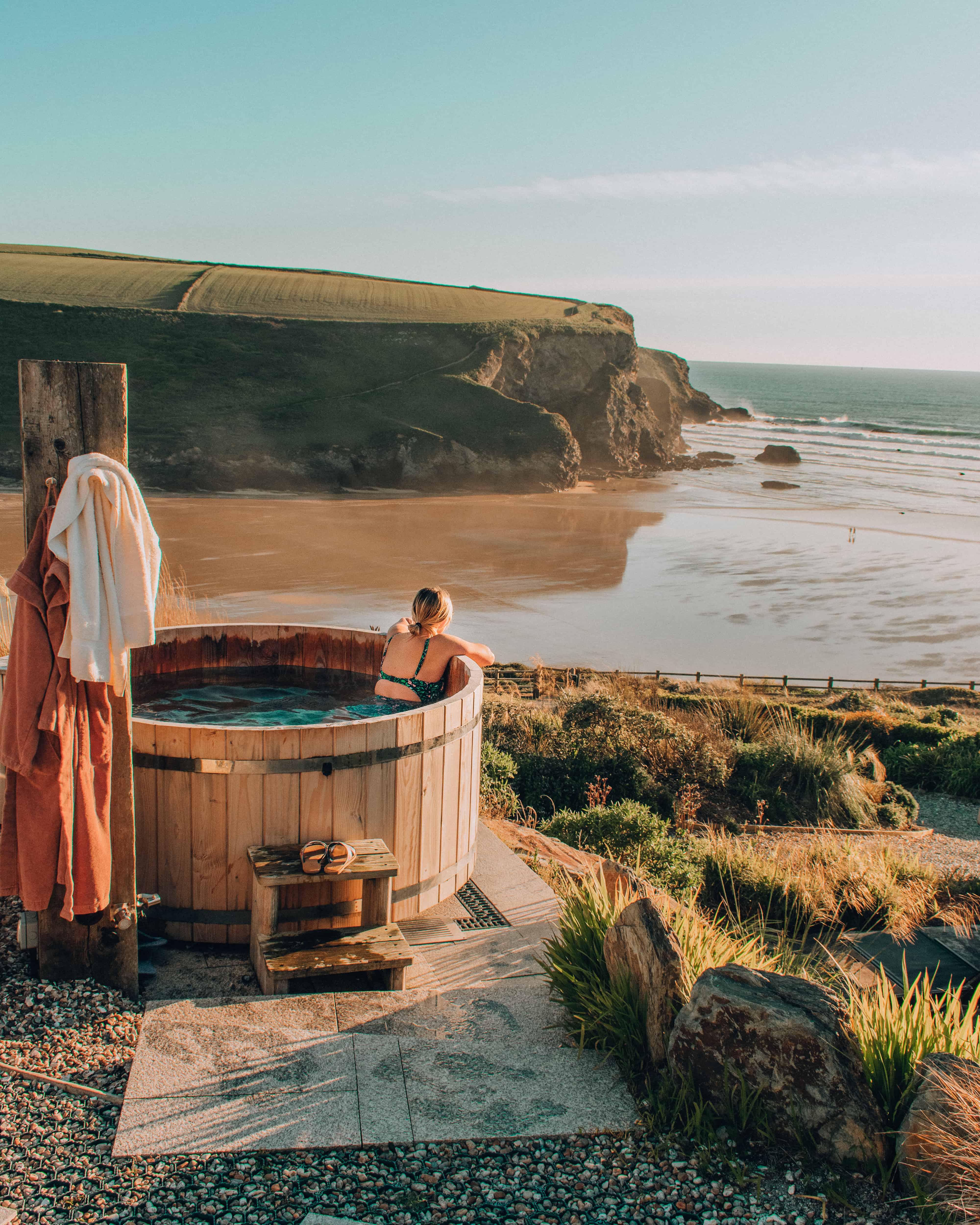 Where to Eat in Cornwall : Best Restaurants, Cafes and Pubs