How to get from Mykonos to Santorini : Greek Island Travel Guide for Air and Sea

How to get from Mykonos to Santorini

If you plan on visiting the Greek islands, chances are you’ll be going to more than one. Since two of the most popular islands are Mykonos and Santorini and I’ve been to both of them twice, I’ve written this Greek Island travel guide on how to get from Mykonos to Santorini.

Remember, this guide works both ways and many of the tips apply to the other Greek Islands as well!

How much does it cost to get to Santorini from Mykonos?

How much it will cost you depends on which travel option you choose.

Getting to Santorini by Boat or Flight

How Long is the Ferry From Mykonos to Santorini?

The ferry journey to Santorini from Mykonos can take from two to four hours, depending on the vessel you take. Conveniently, there are multiple voyages between the two islands each day as well as other to other Greek islands. In peak season it can be as many as 4 times per day.

Purchase tickets online in advance through these sites:

The  size and inside of the ferries can vary as there are multiple types of ships ranging from ferries and high speed ferries or jet boats. These are the companies that provide sea travel between Mykonos and Santorini:

How rough is the Ferry?

Personally, I did not think it was rough at all. It all depends on how big the boat is you take and the conditions at sea that day, but the Greek Island ferry boats are rather big so there shouldn’t be an issue. Bring a motion sickness band if you are prone to sea or motion sickness!

Live the yacht life and charter a boat all for yourself! The ultimate luxurious vacation. 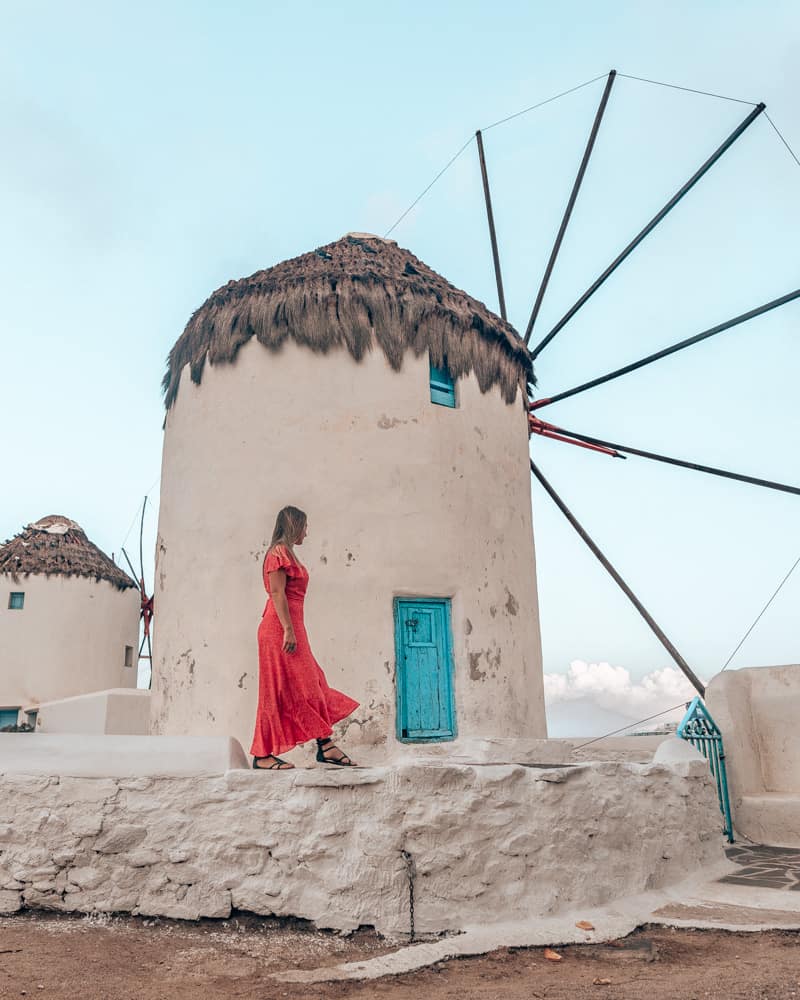 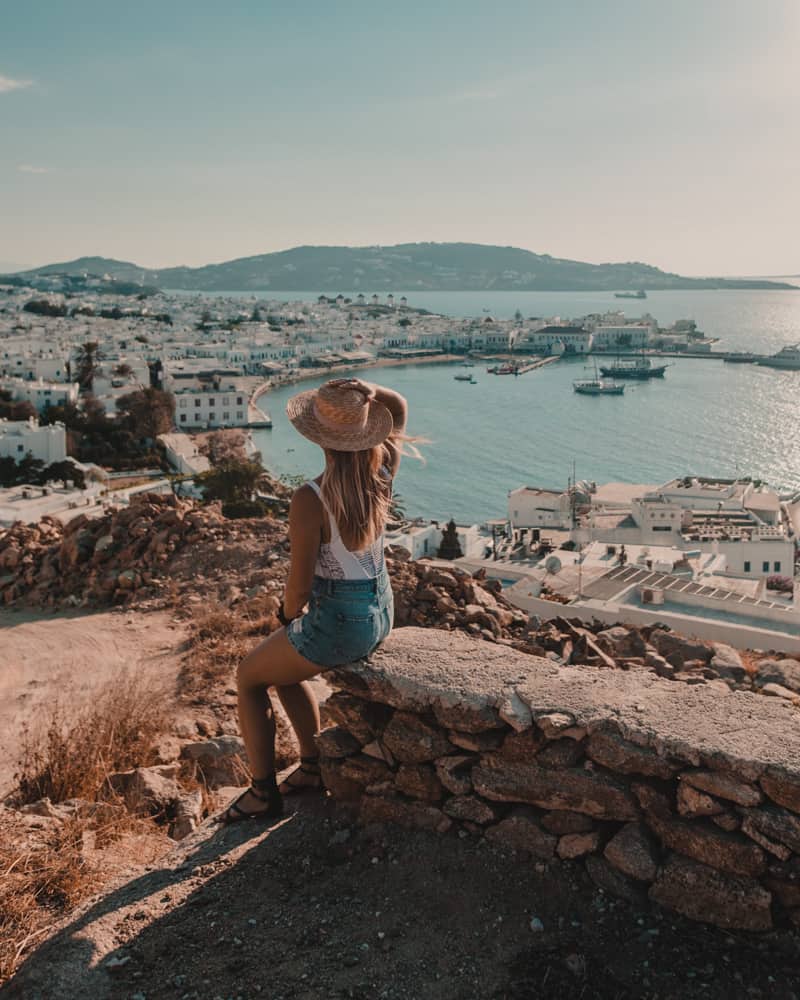 By Air: Fly via plane or helicopter to Santorini from Mykonos

How Long is the flight?

If you get a direct flight, the journey is one hour. However, most of the time you will need to stop in Athens and transfer. This is what makes the flight option even more inconvenient. It lengthens the flight to two or three hours.

How long is the Helicopter flight from Santorini to Mykonos?

Taking a helicopter between Mykonos and Santorini takes about 40 minutes.

The cost of a helicopter ride form Mykonos to Santorini is around 600 euros per person. If you can afford it, this will save you a lot of hassle and time, plus you will get view of a lifetime! The helicopter ride between the two islands is only about 40 minutes.

Is Santorini or Mykonos better?

Which Greek Island is better for you, Mykonos or Santorini? They’e both magical islands embracing the Mediterranean culture and both Mykonos and Santorini have amazing photo spots. Let’s have a look at the overall vibe and characteristics of each island to help you find your match.

The Mykonos Windmills are an iconic landmark or Mykonos and Santorini has it’s famous blue domes.

Mykonos has a known bohemian vibe, and a vibrant food and drink scene, where as many meals in Santorini will come with a panoramic view of the caldera. 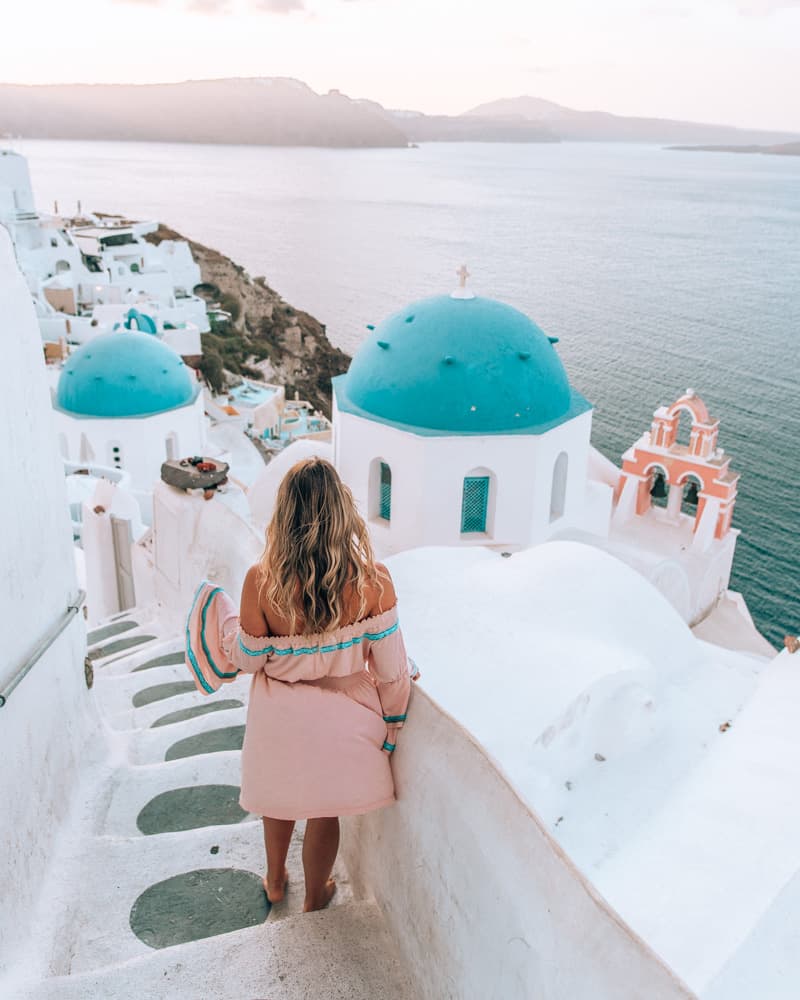 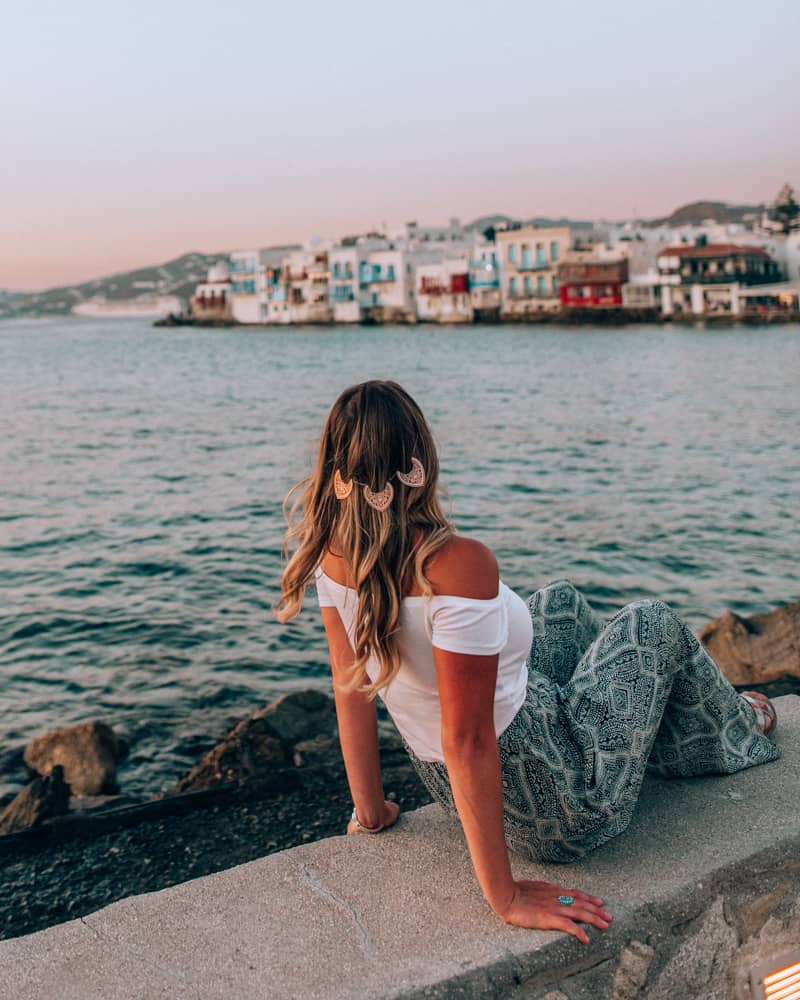 Can you do a day trip to Santorini from Mykonos?

It’s technically possible to day trip to Santorini from Mykonos, but in my option would make no sense. When you factor in travel to and from the ports, getting into the town center and figuring out your surroundings, you’d hardly have time to enjoy it.

Additionally, the round trip ferry ticket would cost you close to 140 euros, which seems like a lot for a day trip. It makes way more sense to travel from one island to the other, and onwards after that, instead of going back and forth.

If you have the time, I highly suggest making a multi island itinerary and using that other 60 euros to get to another island or to Athens.

What other Greek Islands can you get to on the ferry from Mykonos?

Some of the other islands reachable by Greek ferries include Heraklio, Chania, Aegina, and Ios. There are also daily trips between Athens and the islands.

Planning your own Greece island hopper trip via the ferry system is totally doable! There’s an infinite number of island combinations you can make.

Getting to Mykonos from Athens

Getting from Mykonos to Athens is a quick one hour flight or 2 to 4 hours ferry journey. There are two main ports in Athens, Piraeus and Rafina. Piraeus is the largest Athens airport and is only 10 km away from the city center. Rafina is smaller and 20 km further away.

Athens is a great place to start your Greek island journey.

If you want to make seeing multiple Greek Islands like Mykonos and Santorini even easier, why not book a cruise! Cruises aren’t for everyone, but they are an efficient way to see a lot. There are so many cruise options now, including smaller and more luxurious vessels. Here are some of the Greek cruise operators: 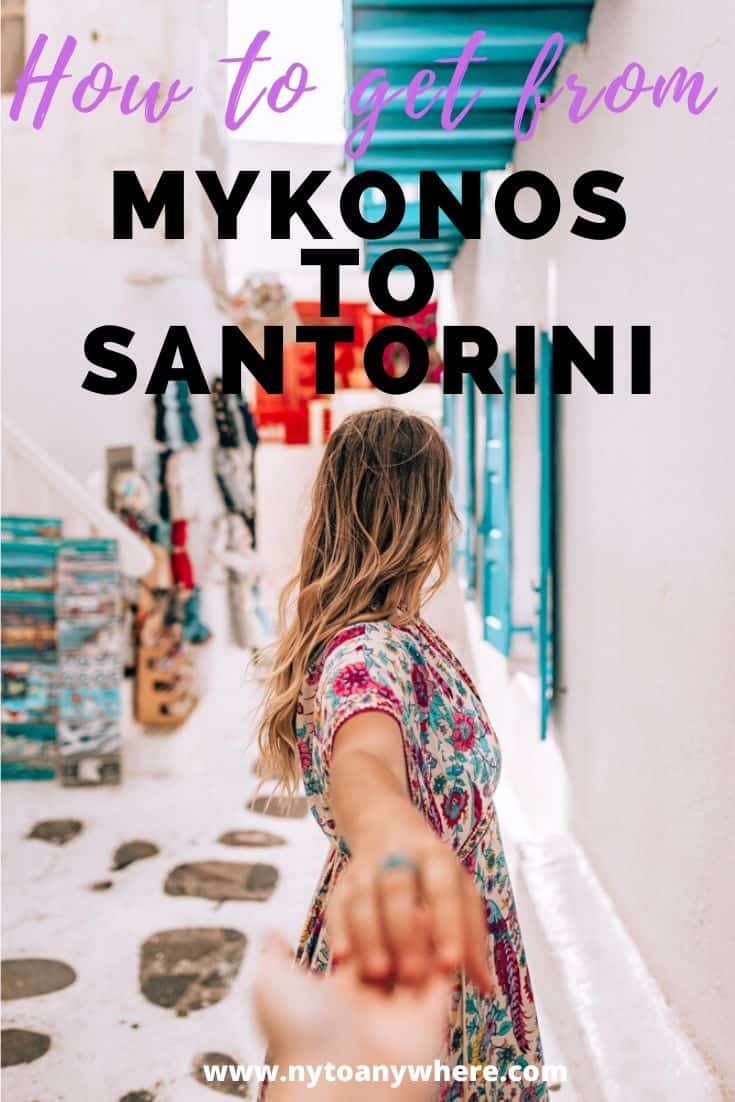 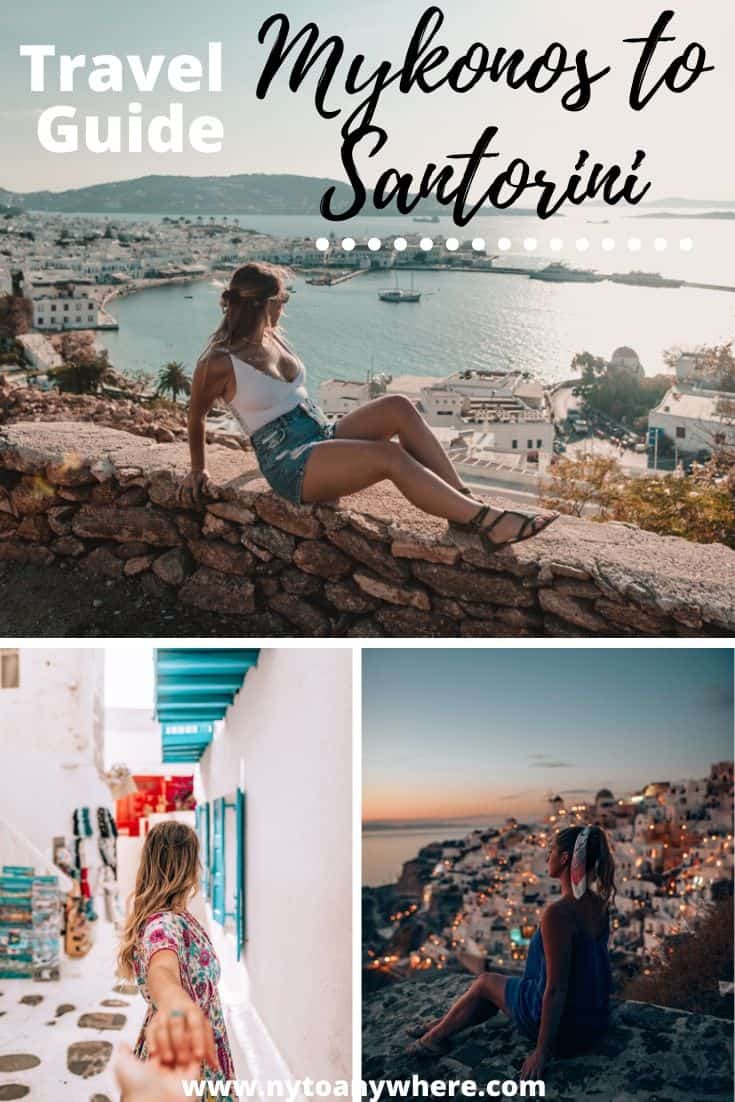