Travel Guide: Things to do in Rockport + Gloucester, Massachusetts

Travel Guide: Things to do in Rockport + Gloucester, Massachusetts

One of my missions this summer is to explore closer to home! This means plenty of road tripping on the East Coast. To kick it all of, I visited the New England towns of Rockport and Gloucester, Massachusetts in Cape Ann. Honestly, I don’t think I’d ever even heard of Cape Ann until about 3 weeks ago, but there is so many fun, coastal things to do there and I can’t recommend it enough!

Cape Ann is the more under the radar cape than Cape Cod. Gloucester and Rockport are two of it’s main destinations and some of the quaintest places I’ve laid eyes on in the U.S. The English colony at Cape Ann was first founded in 1623 (just 3 years after Plymouth) and the resemblance to places I’ve been in the England is undeniable!

What Towns make up Cape Ann?

Gloucester, Manchester-by-the-sea, Essex and Rockport are the four towns that make up Cape Ann.  Rockport and Gloucester sit on the end of the peninsula and are surrounded on 3 sides by the Atlantic Ocean.

Where is Cape Ann?

Cape Ann is about 40 miles from Boston and 250 miles from New York City. It’s known as a haven for artists, merchants and fisherman.  Ipswich Bay lies to the North of this 70 mile long cape.

What are Rockport and Gloucester, MA famous for?

Gloucester and Rockport are famous for their history, fishing culture, whale watching, art and incredible beaches.

I didn’t realize until after I’d left, that the fishing show Wicked Tuna, is actually filmed in Gloucester! 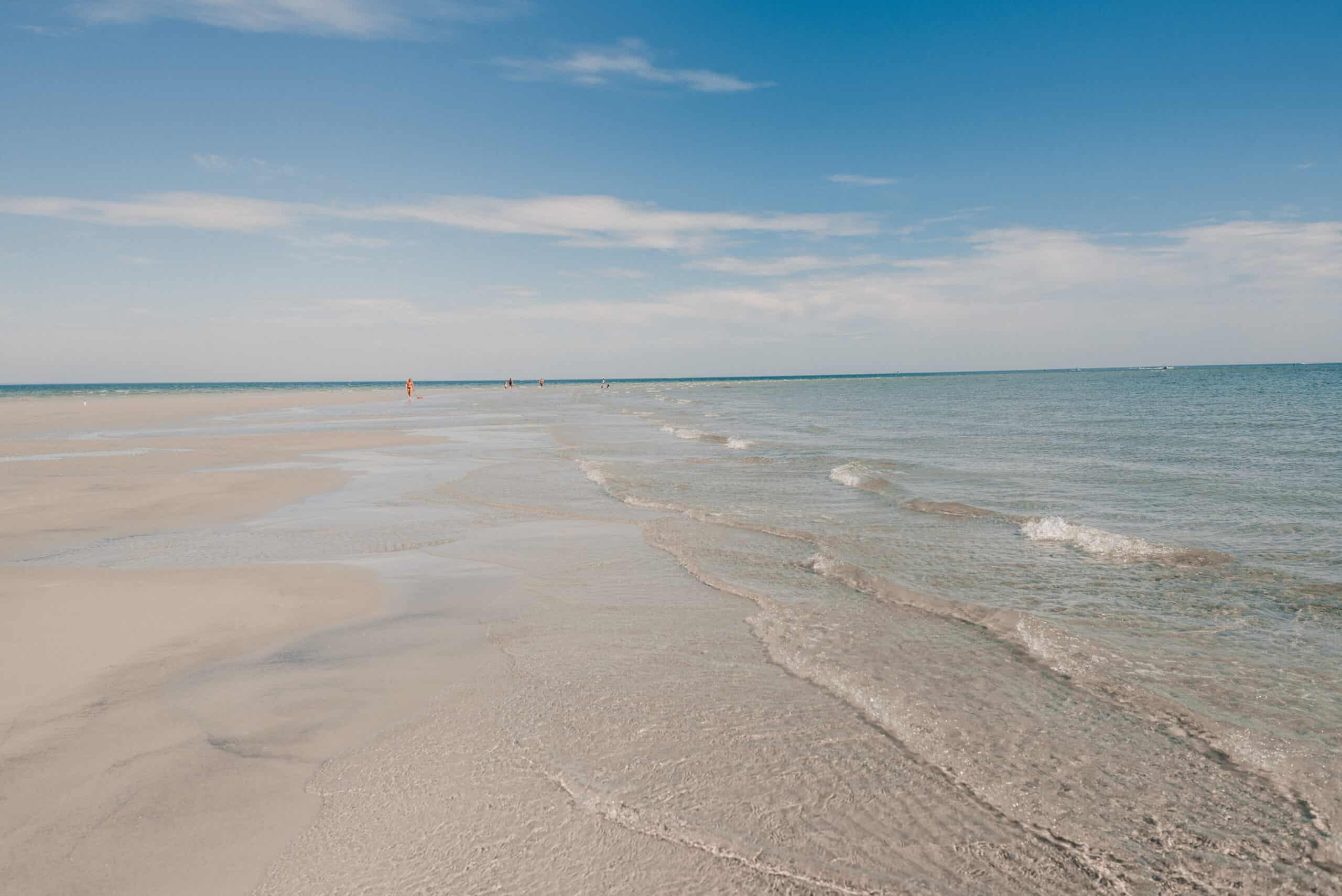 Summer in New England is the most glorious time of the year and subsequently, the busiest. Temperatures rise to a peak in the mid 80’s in July and August. It’s no doubt the best time to take advantage of the cool coastal waters and stunning beaches.

As you probably guessed, this means that summer calls for pricier hotel rooms and more crowded beaches and attractions.

June and September are lovely shoulder season months with temperature highs in the low 70’s.

Whale watching season is mid April through October with the best whale watching during  June, July, August and September.

The Best Things to Do in Gloucester and Rockport, Massachusetts

Enjoy one of the gorgeous beaches in Gloucester.

I was actually so impressed with the beaches on Cape Ann, especially Wingaersheek  and Good Harbor Beach in Gloucester. Half Moon Beach was interesting to see as as well but it wasn’t as big so it got more crowded, plus it was rocky and the water wasn’t as clear. (The photo of Half Moon Beach below was taken at 7am!)

Here are some of the other Gloucester beaches to check out: 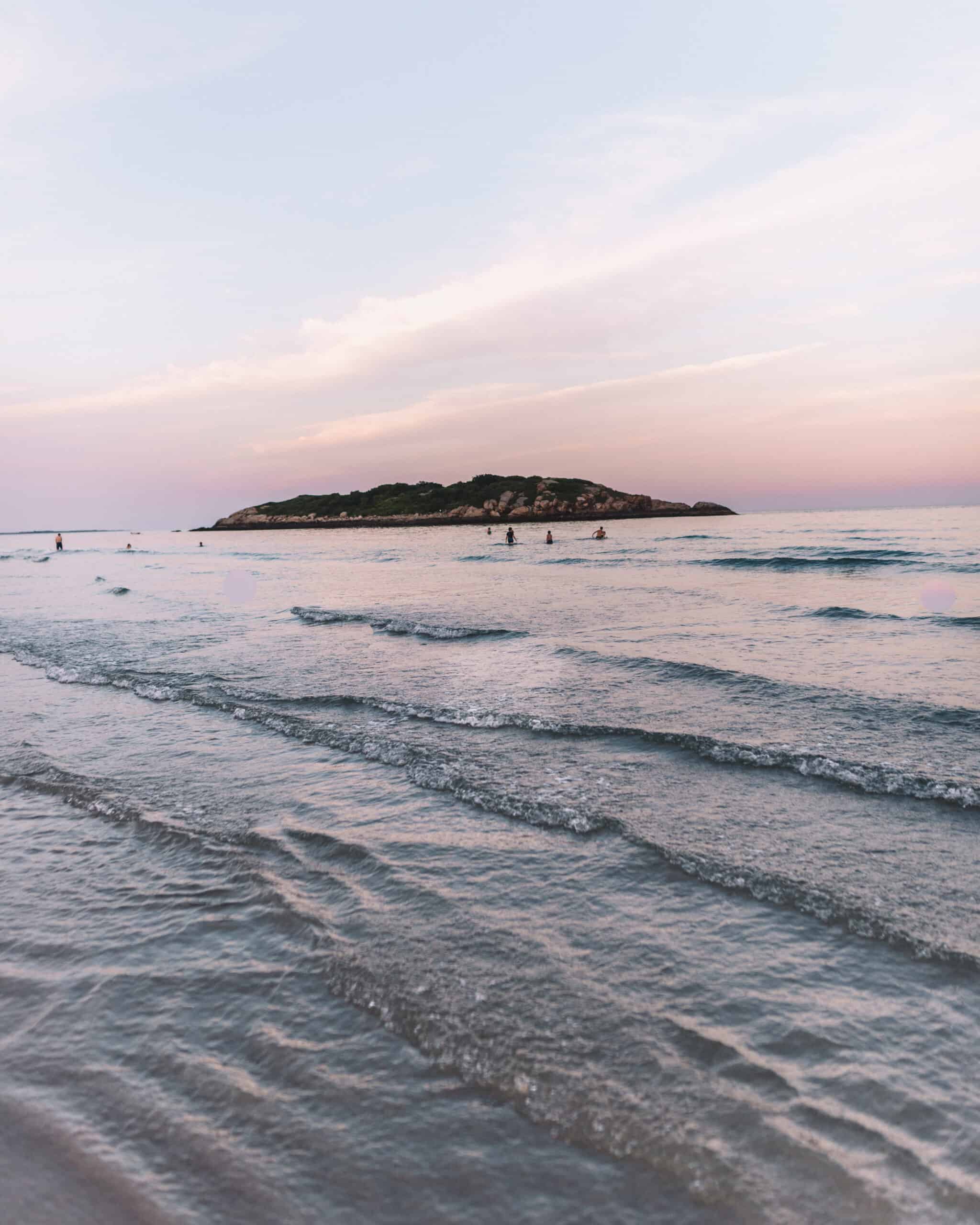 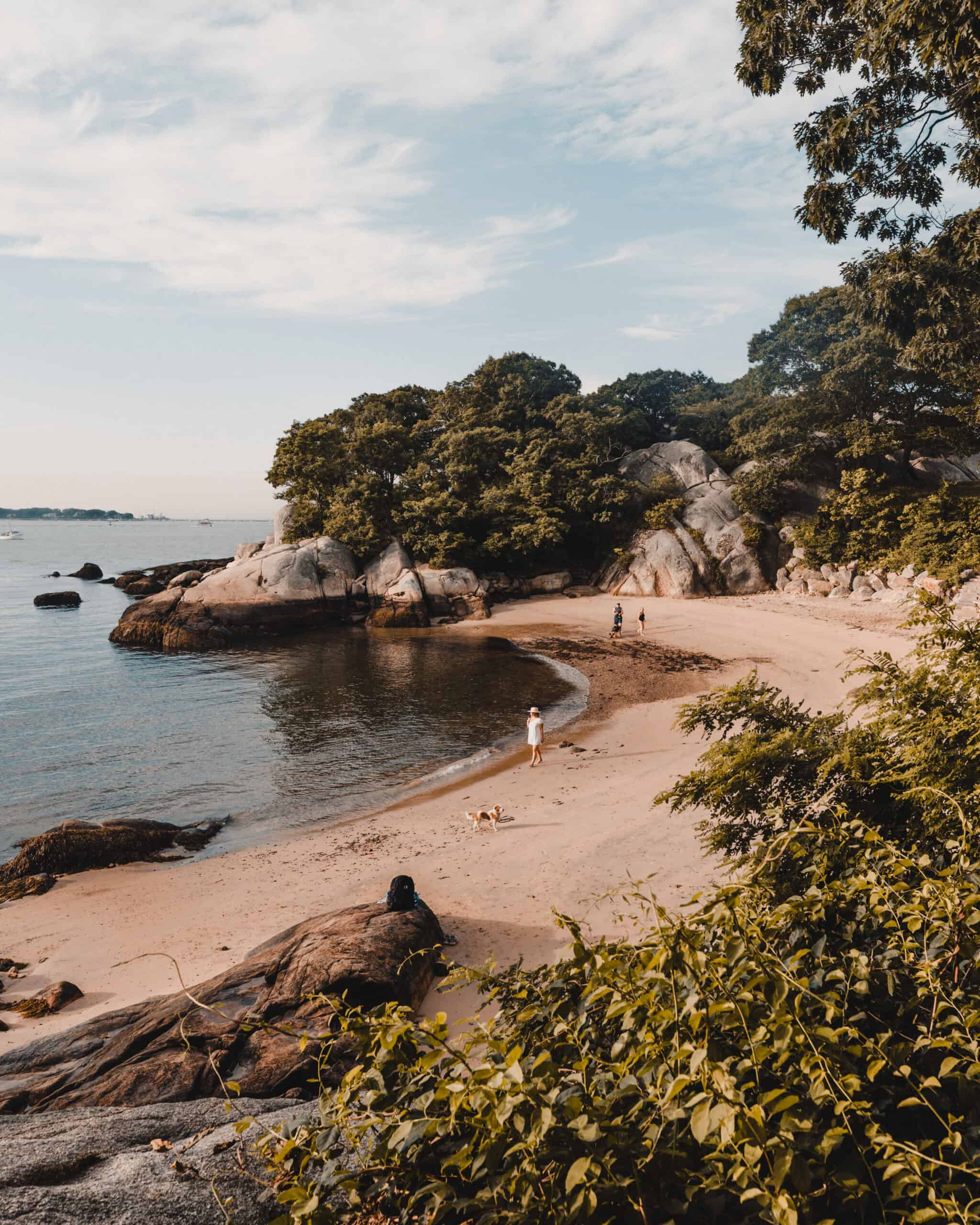 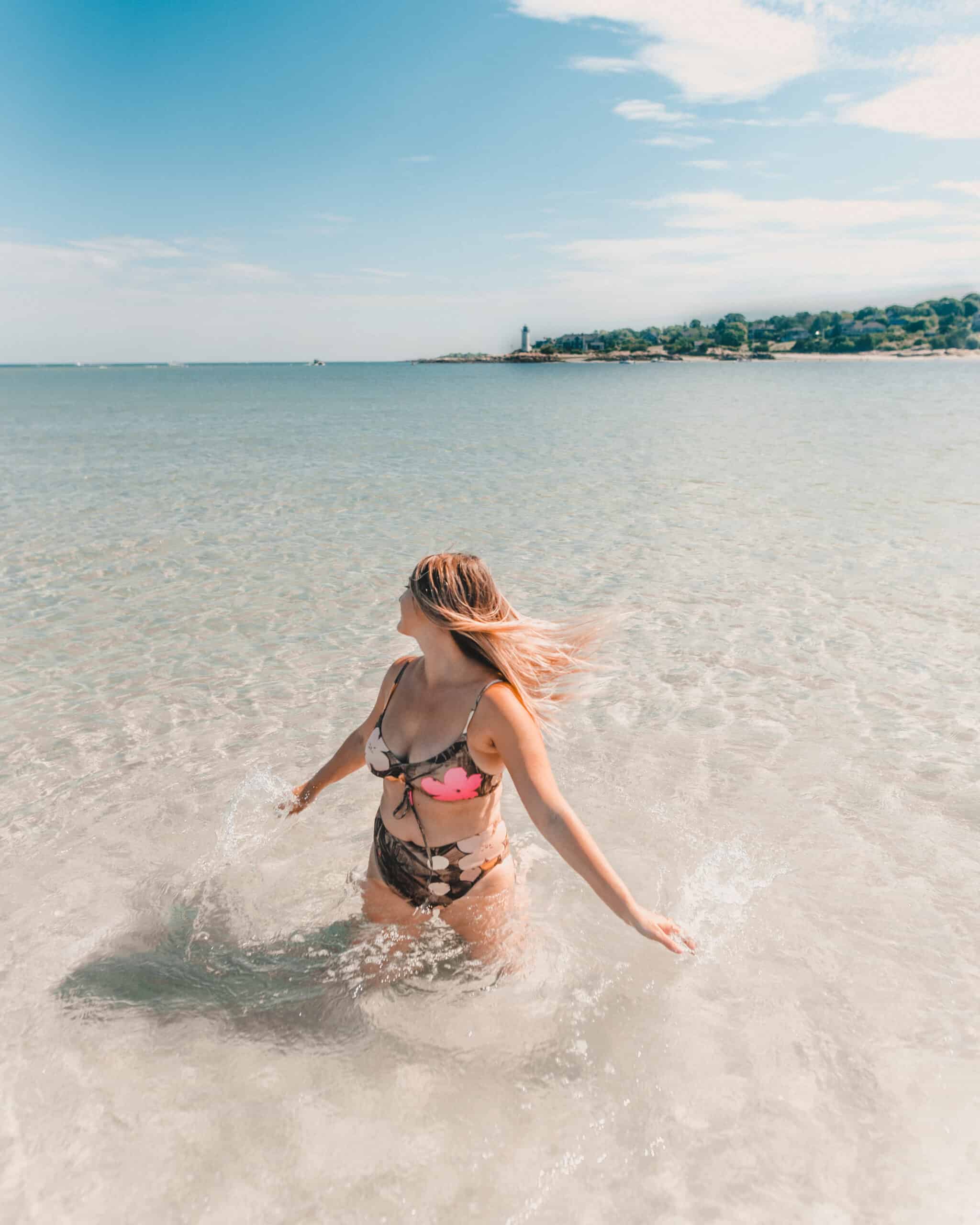 Visit one of the six lighthouses of Cape Ann!

I went with Seven Seas Whale Watch and had an incredible time! It was a four hour excursion and we actually were very lucky to see a trio of Humpback whales!

Amenities on the boat include bathrooms, snacks and drinks, but feel free to bring your own! I saw some people with full on coolers with them.  They had the right idea!

Make sure to bring sunscreen, hats, etc. and keep in mind it can be up to 15 degrees cooler out at sea than it is on land.

Arrive at least a half hour early to check in at the kiosk and secure your seat on the boat. 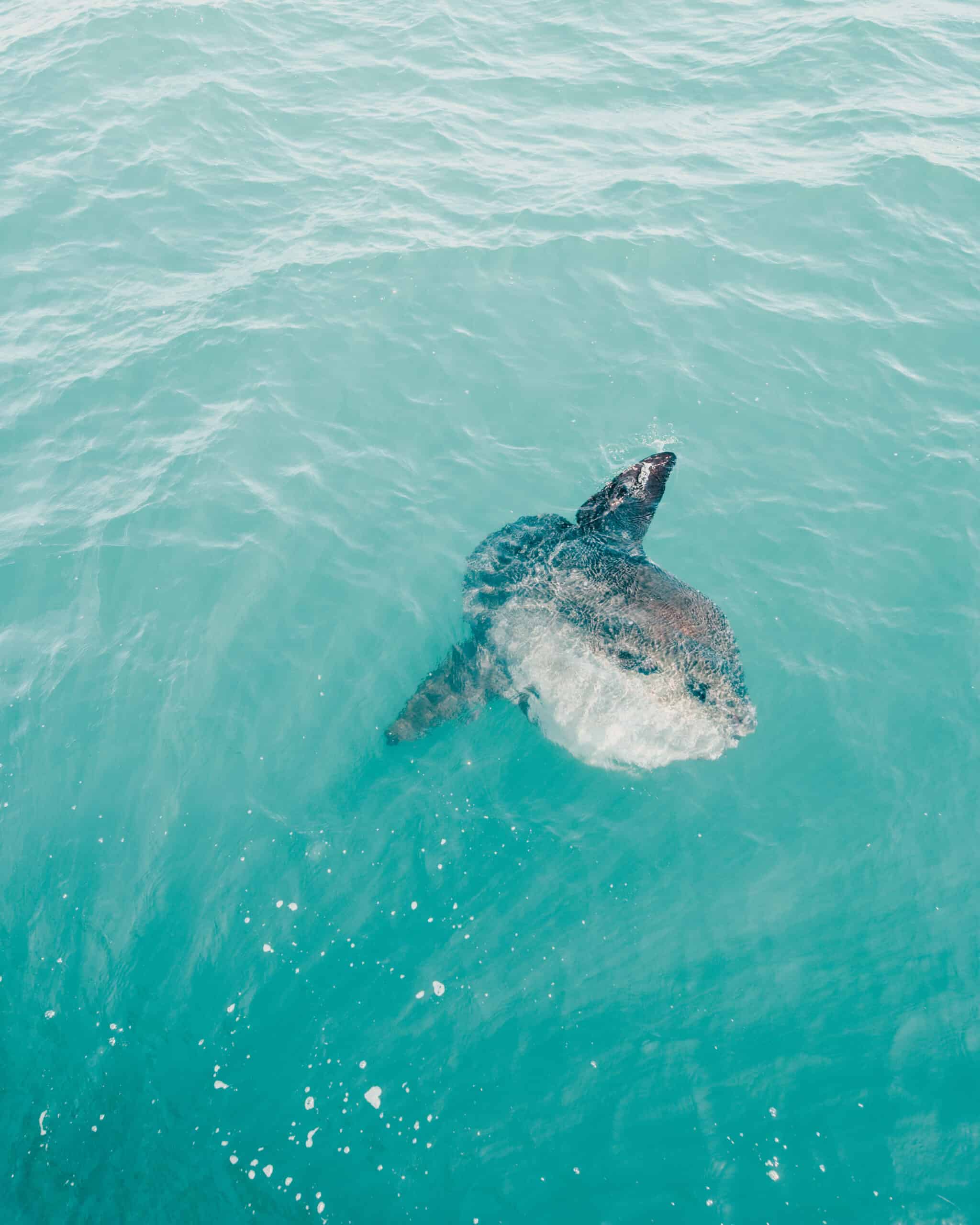 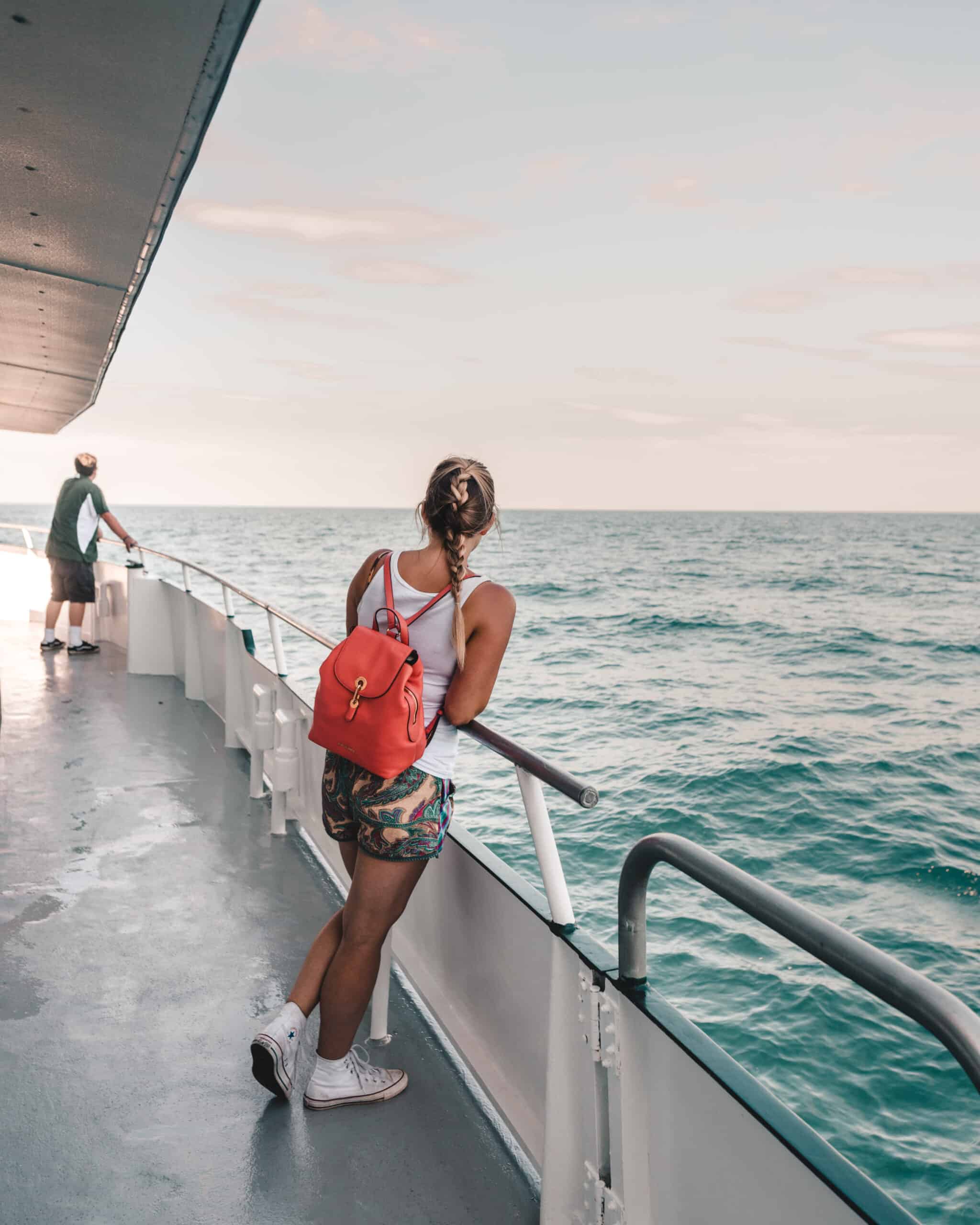 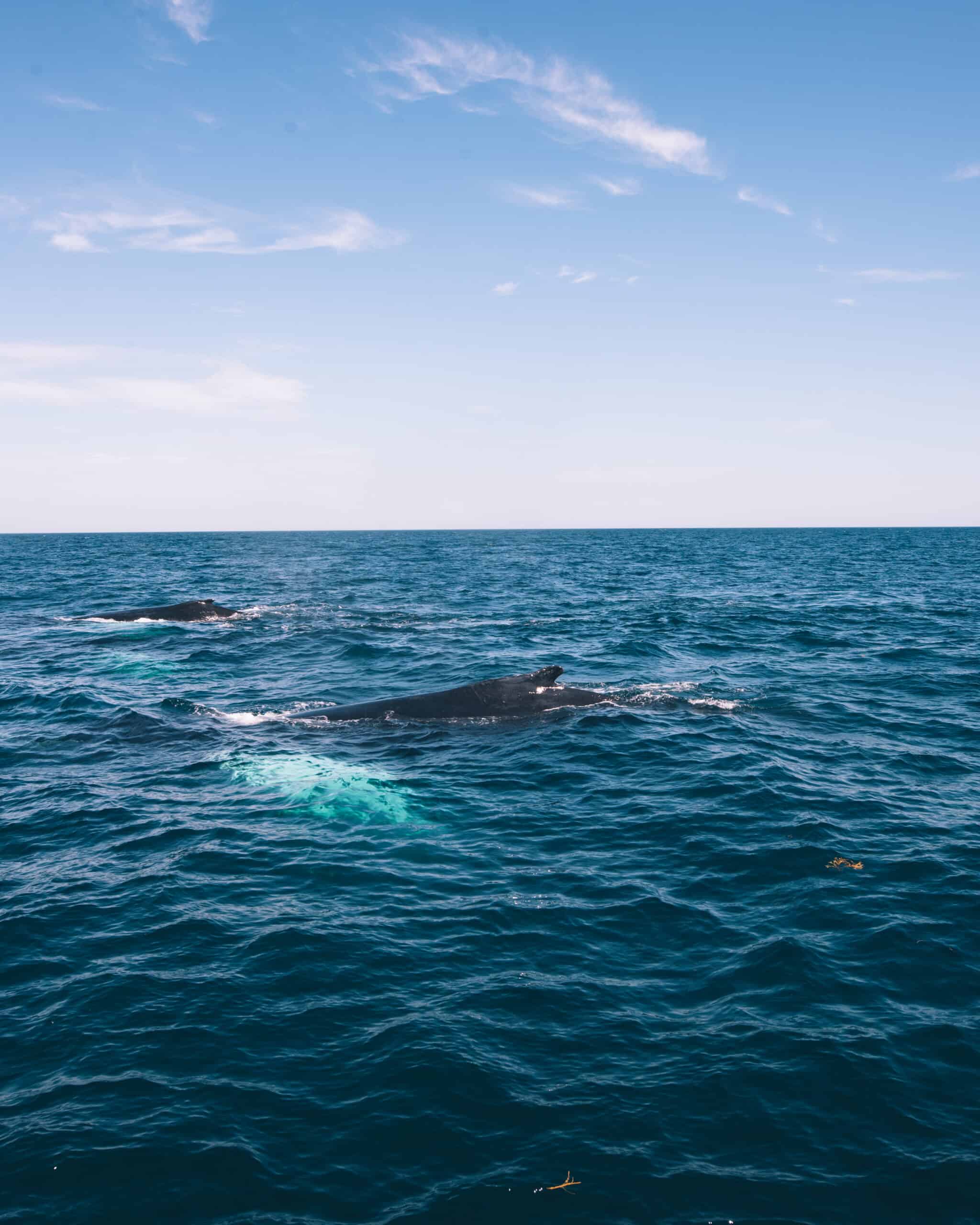 A Massachusetts State Park with epic ocean views. Unfortunately, I tried to visit Halibut Point on a weekend in summer and by the time I got there the parking lot was already full! I’ll definitely be more prepared next time!

There is an easy 1.6 mile loop which you can do here featuring wildflowers and scenic views.

How could you pass up the chance to see a European castle right here in New England?! Hammond Castle was built by John J. Hammond Jr. in the 1920s. Admission is $18 for per adult.

Do some browsing at Bearskin Neck in Rockport.

Bearskin Neck was named from a bear that was caught by the tide and killed in 1700 and is now a crucial location to visit in the heart of Rockport.  Here you’ll find shopping, art dining and more in a charming old world setting.

I loved walking around this adorable pedestrianized area.  There was such a buzz here with everyone out having a good time.

There’s a fine dining restaurant at the end, My Place by the Sea, with lovely outdoor seating and views. Definitely make reservations ahead of time if you want to eat here. 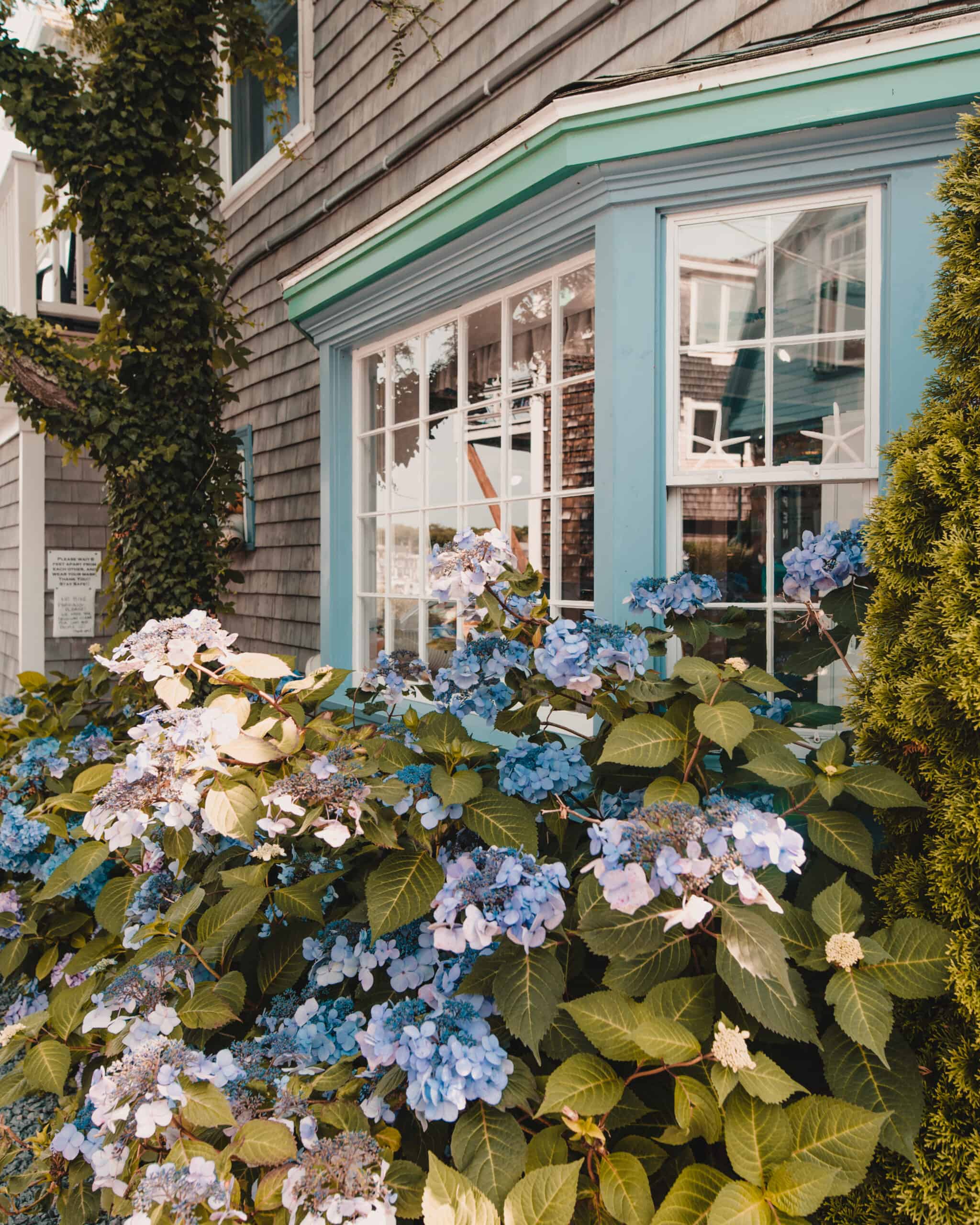 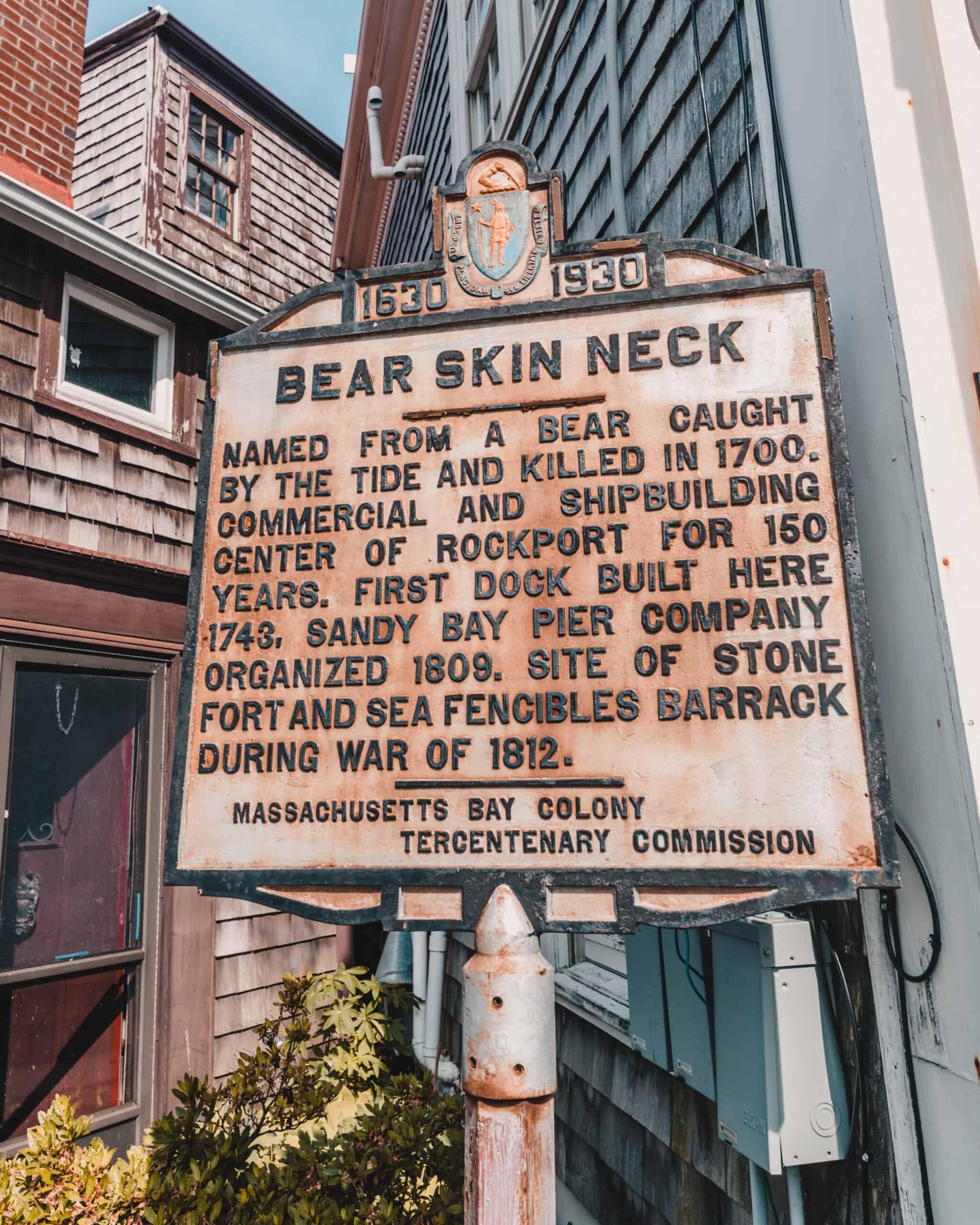 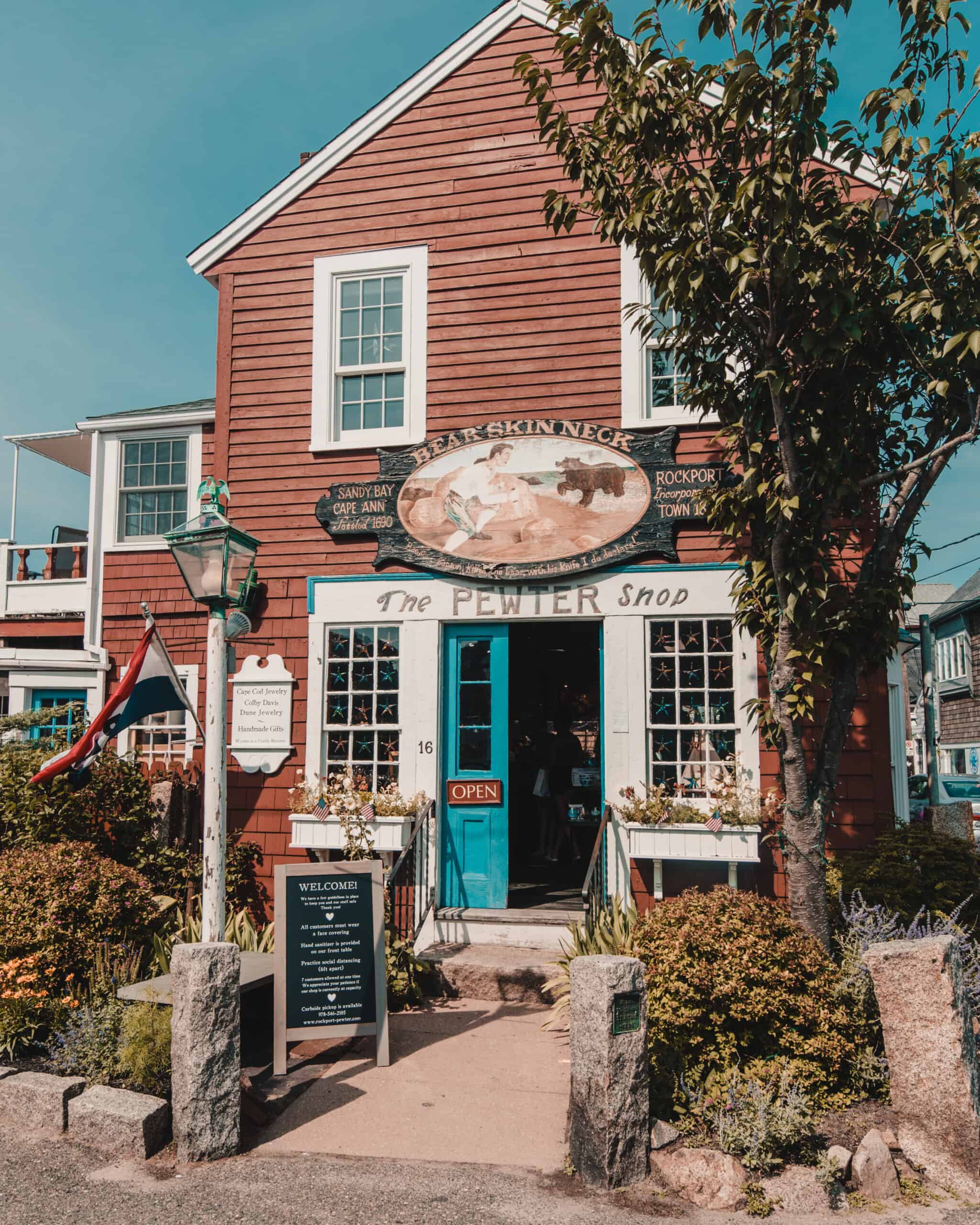 There’s a small beach in the village of Rockport, called Front Beach. Since it’s centrally located, you can easily combine a couple hours here with dinner and shopping at Bearskin Neck.

Some people were clearly set up for the day with chairs and umbrellas but we just went with towels to make it easier to head into town after.

Stroll down the Gloucester Harbor Walk.

A free public pathway and self guided walking tour along the Gloucester Harbor. Great for walking or cycling off the lobster roll and fries you probably just consumed!

Shop at quirky boutiques and vintage stores in downtown Gloucester.

Gloucester’s village is not quite as picturesque as Rockport, but it’s still worth a visit! The vibe here was less touristy high end than Bearskin Neck and a little more eccentric. Definitely have a peek in Floating Lotus and Menage Gallery for some unique finds! 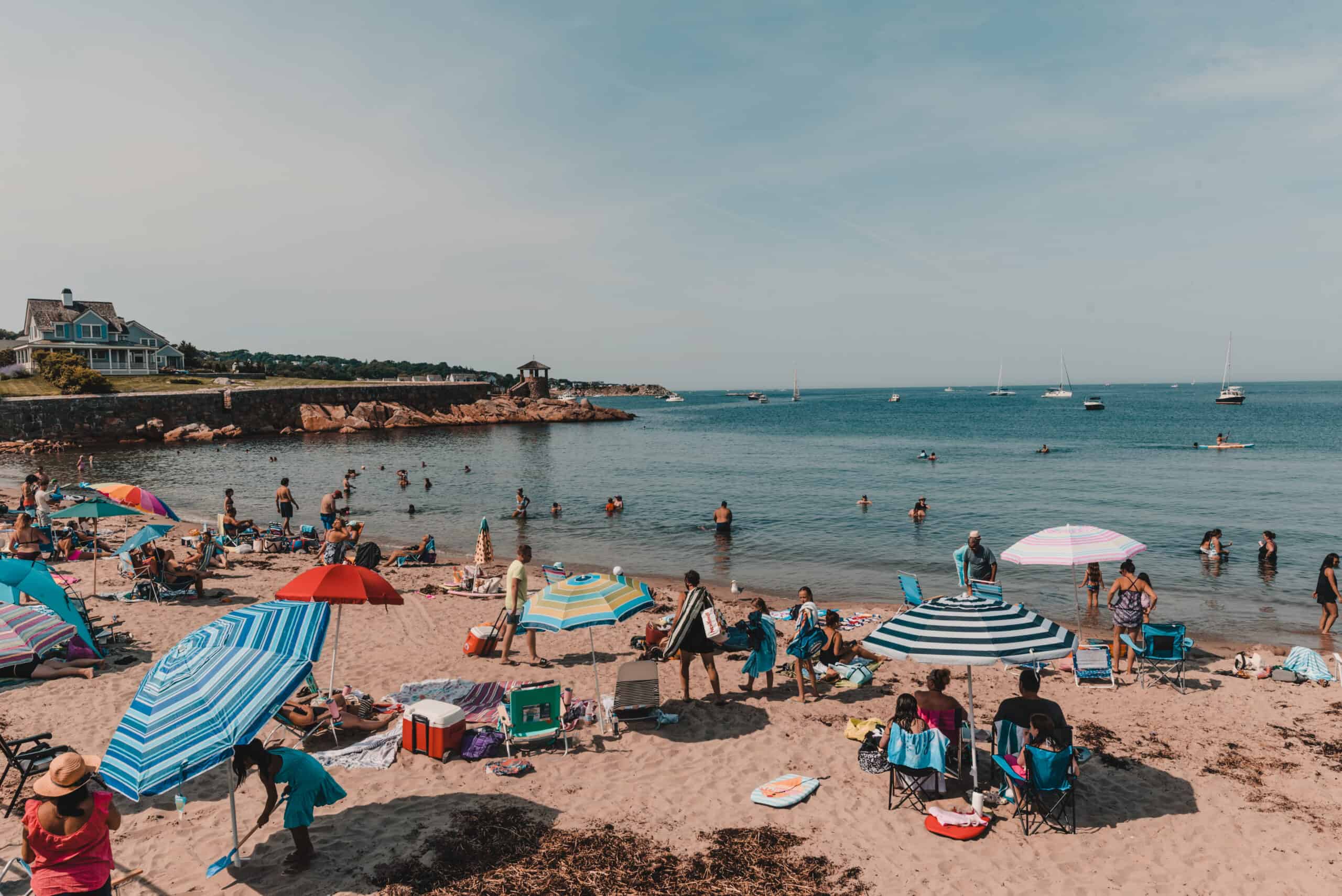 Annoyingly, I think parking fees might have been where all of my money went on this trip! The beach parking was pretty expensive. I paid $20 at Half Moon Beach and $35 at Wingaersheek Beach! If you’re with a group and spending all day, it isn’t so bad, but I was just there with 1 person. We were trying to see as much as possible during the weekend so ended up getting hit with both of these fees.

Rockport seemed to be the more touristy village. It reminded me so much of the seaside villages in England, where I lived for 6 years! In both Gloucester and Rockport there are metered parking spots. Some businesses have their own free parking, but not in the center of the town.

By chance, I ended up parking for free on School Street in Rockport. In Gloucester, I just paid the metered parking fees.

Parking for the beaches

Resident and permit parking seemed to surround the beaches, so finding parking was a challenge. I came to the conclusion that in peak season, if you want to go to one of the popular beaches, you simply have to get there early and get into the official lot. We were in Gloucester on an exceptionally busy weekend and the beach parking was filling up by 9:30 am.

Beach goers were there for the full day, with beach gear, coolers, snacks and the works. They don’t mess around!

Where to Stay in Gloucester and Rockport, Massachusetts

During my visit to Gloucester I stayed at the Cape Ann Marina Resort. It was a pretty last minute trip so there actually wasn’t a large amount of accommodation options left.

The hotel had a restaurant on site, an indoor pool and a shared balcony overlooking part of the marina and the Gloucester drawbridge in the distance. The rooms were very dated and basic, but clean and the convenience of the restaurant + bar was a definite plus. There was also a mini fridge and microwave in the room.

If I were to go back to Cape Ann, I would love to stay at the Beauport Hotel. It’s a 4 star beachfront property with a rooftop pool! Sadly, it was all booked up on this occasion.

Another hotel that definitely caught my eye is the  Addison Choate Boutique Hotel . An adorable boutique property located in the village of Rockport just a few hundred yards from Bearskin Neck and Front Beach. The design of the property looks artistic while maintaining modern conveniences and amenities. 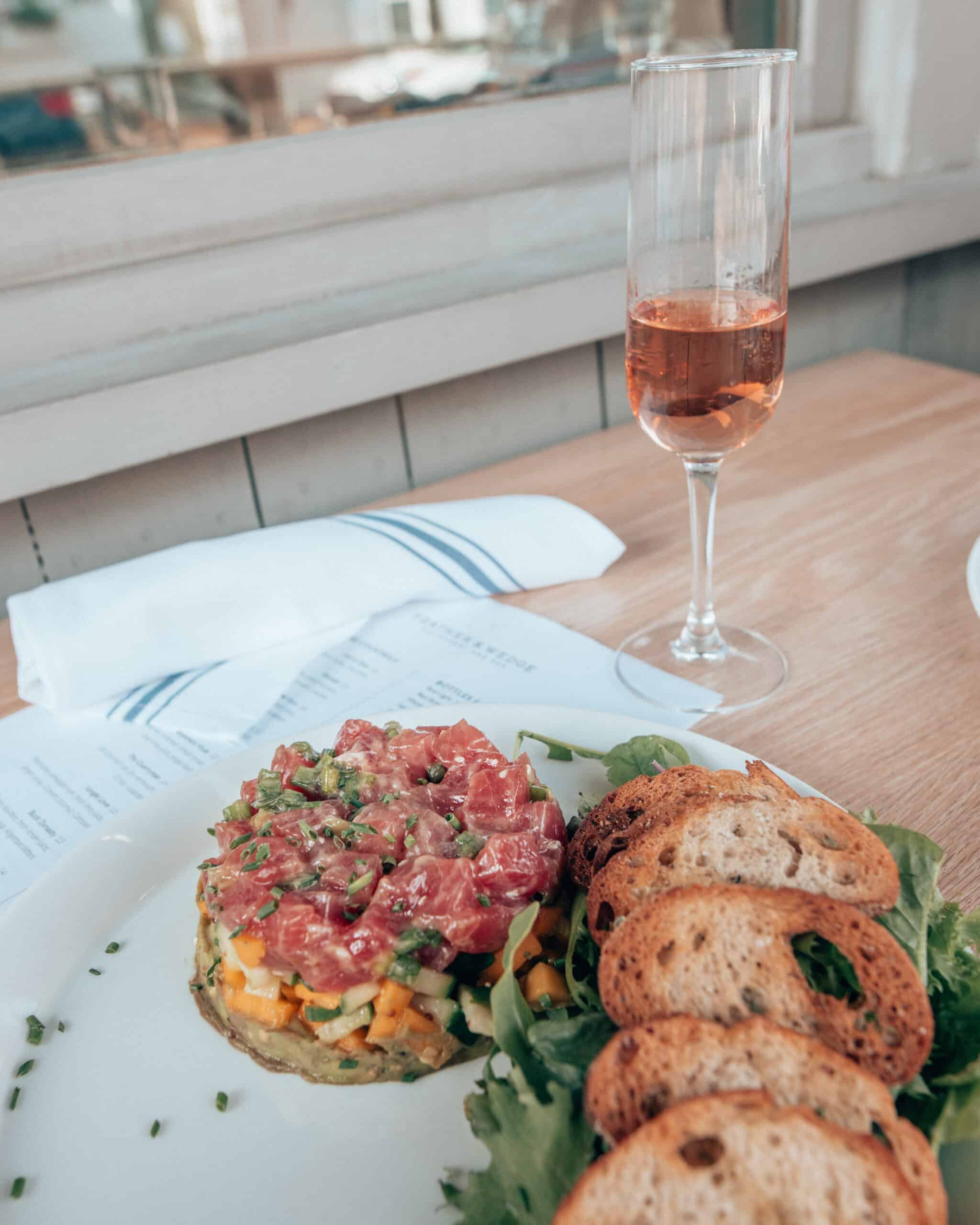 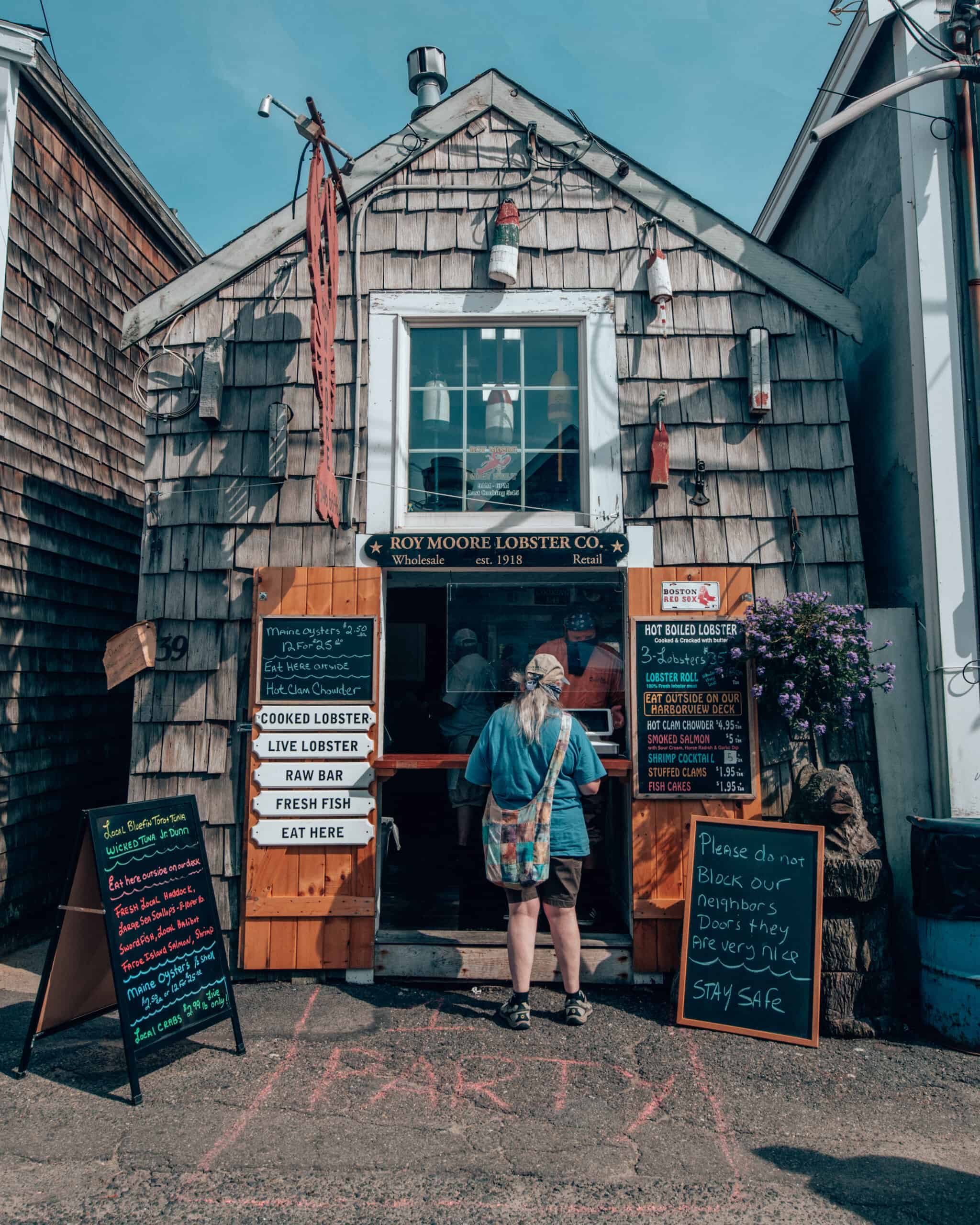 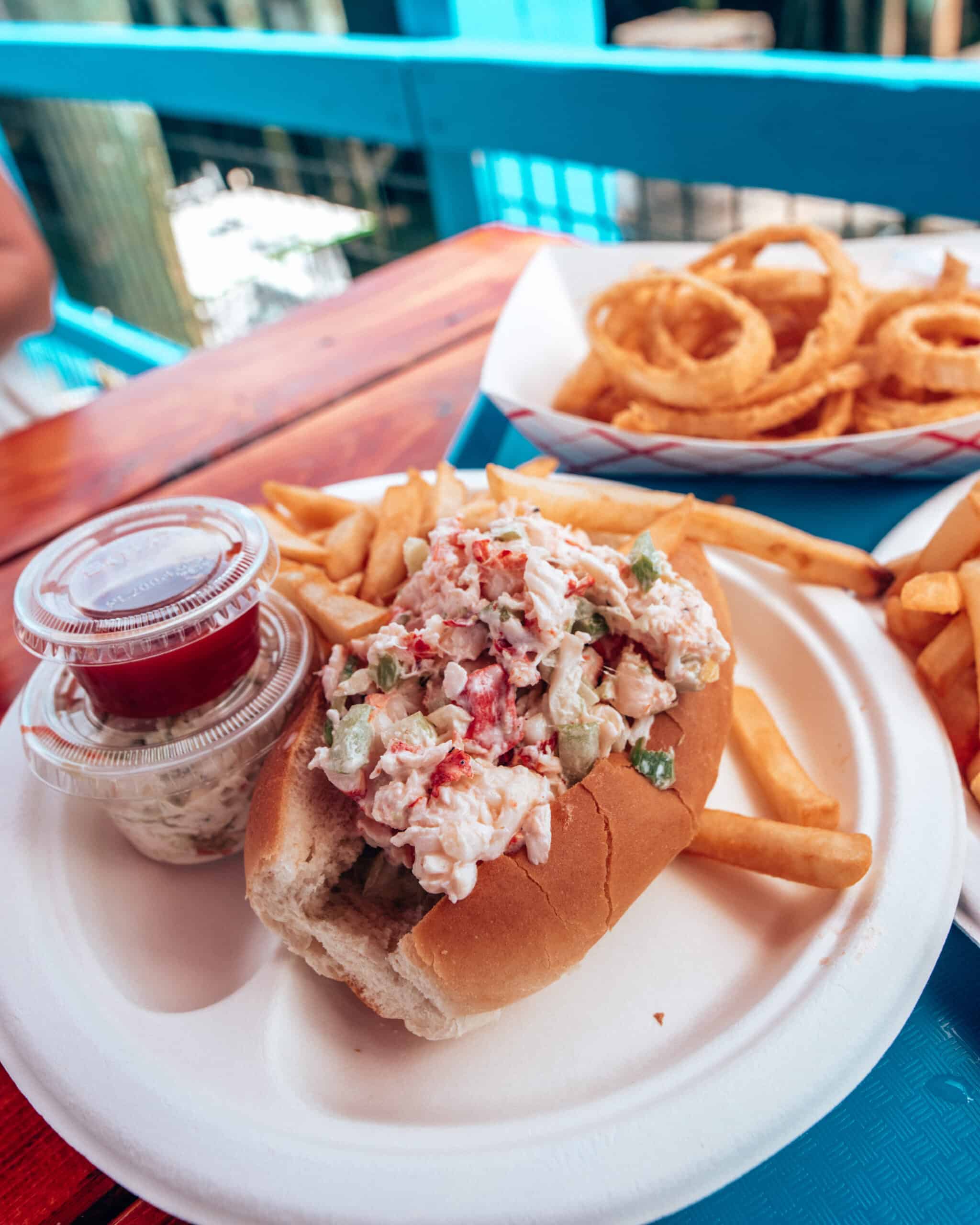 Where to Eat + Drink: Restaurants and Bars in Gloucester + Rockport

Obviously, you’ll want to take advantage of all the incredible fish and lobster while you’re in Cape Ann! Here are some of the spots I tried out and ones that came hight recommended. 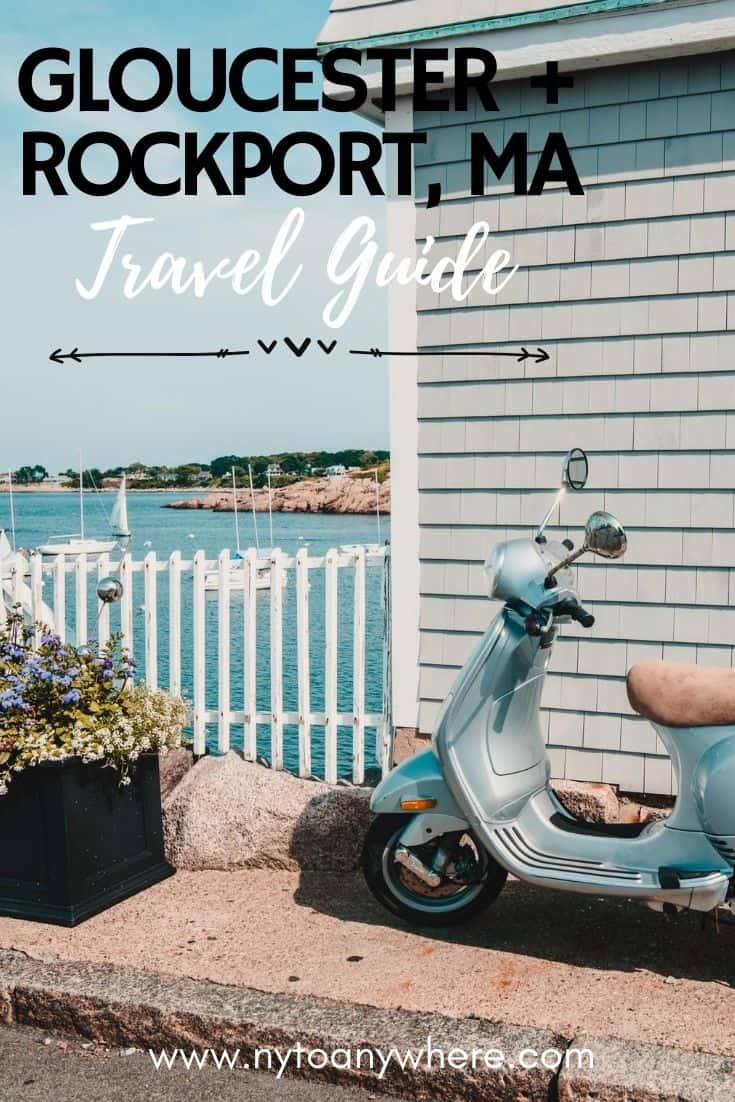 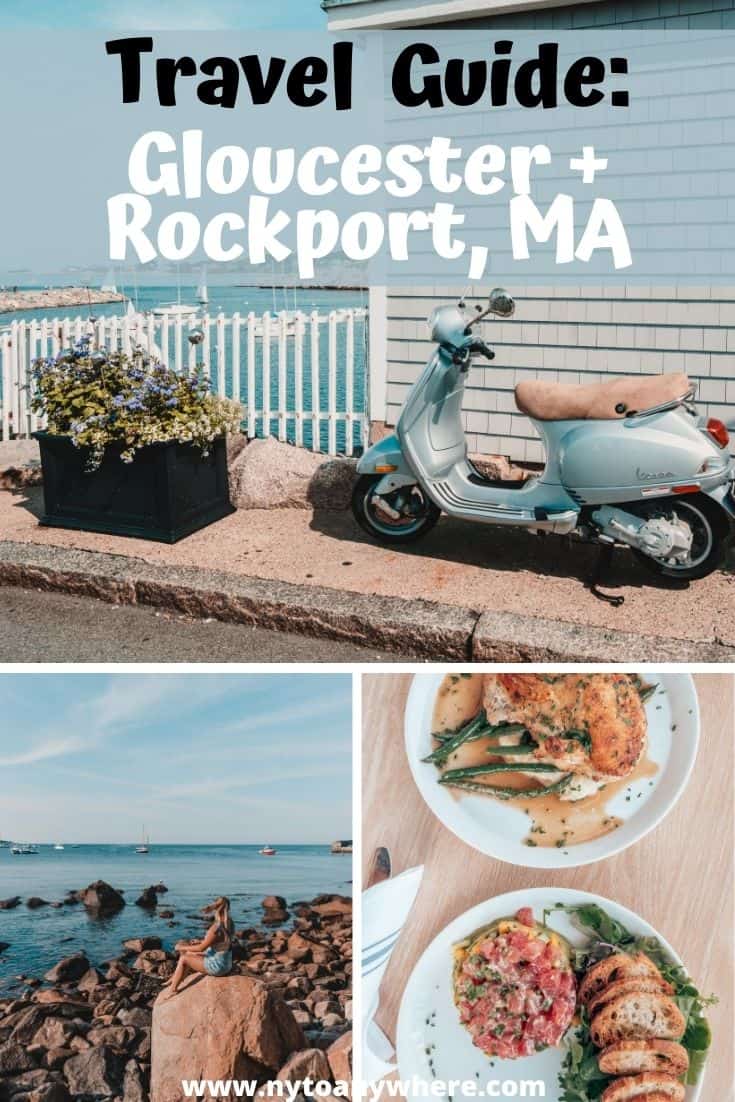 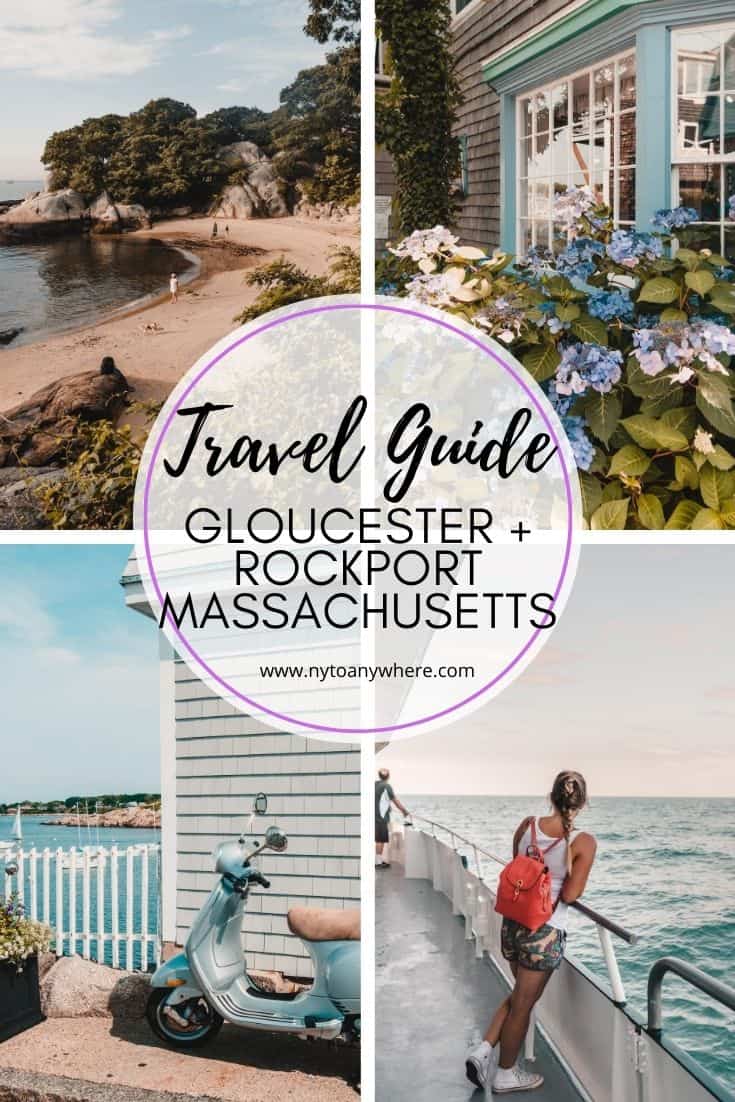 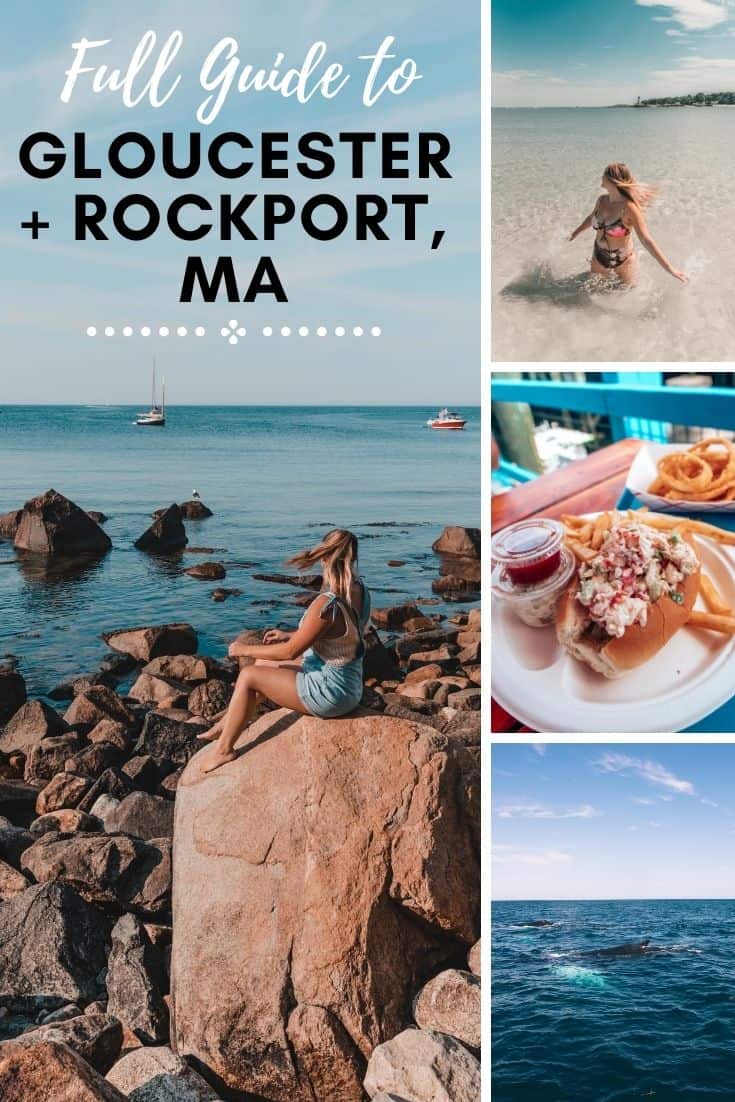