The Most Instagrammable Places in Chicago

The Most Instagrammable Places in Chicago

I can’t believe this was my first trip to the windy city! I made it a point to go to the most instagrammable places in Chicago while I was there.  I covered main attractions and found some cooler under the radar locations where you’ll be sure to get some amazing photos too!

1. Cloudgate aka “The Bean”

The sculpture opened in 2004 and is now one of the most photographed spots in the city! I went in the early morning and the light reflecting off the sculpture as well as the skyline was just so pretty! Definitely a spot you want to get there early for if you don’t want to compete with other photographers. 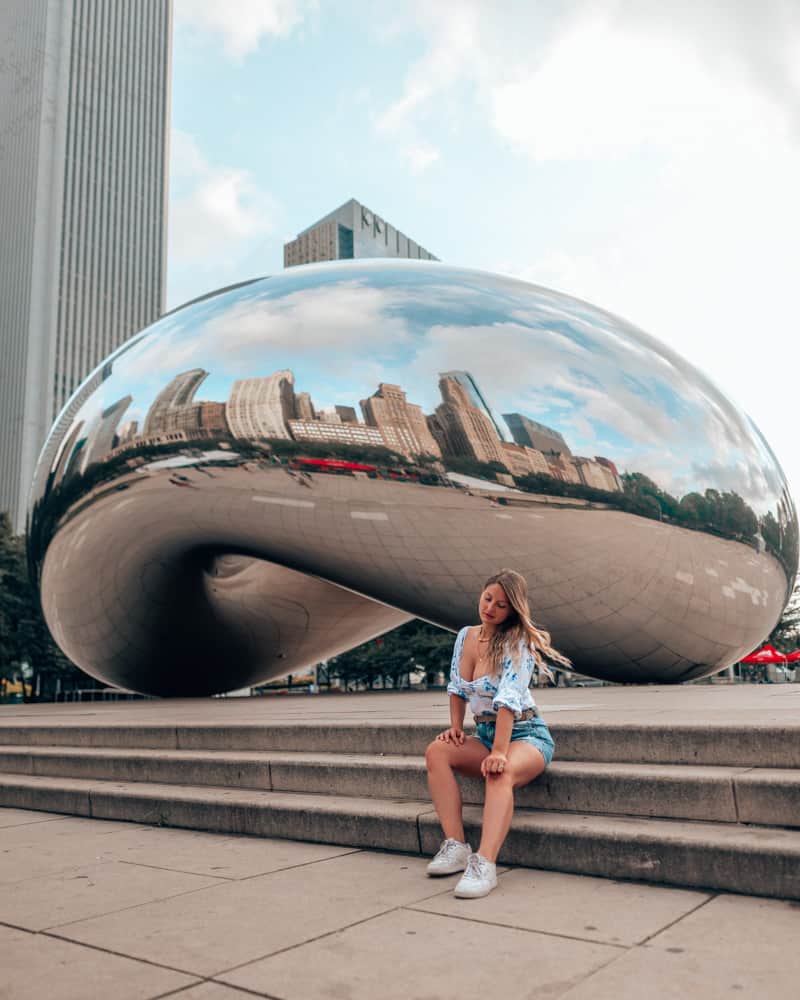 There’s something about old school signs and lights that make them so photo worthy!  The iconic venue hosts events from sport and music to theatre and comedy.  I didn’t have time for a show but definitely had time for a photo! 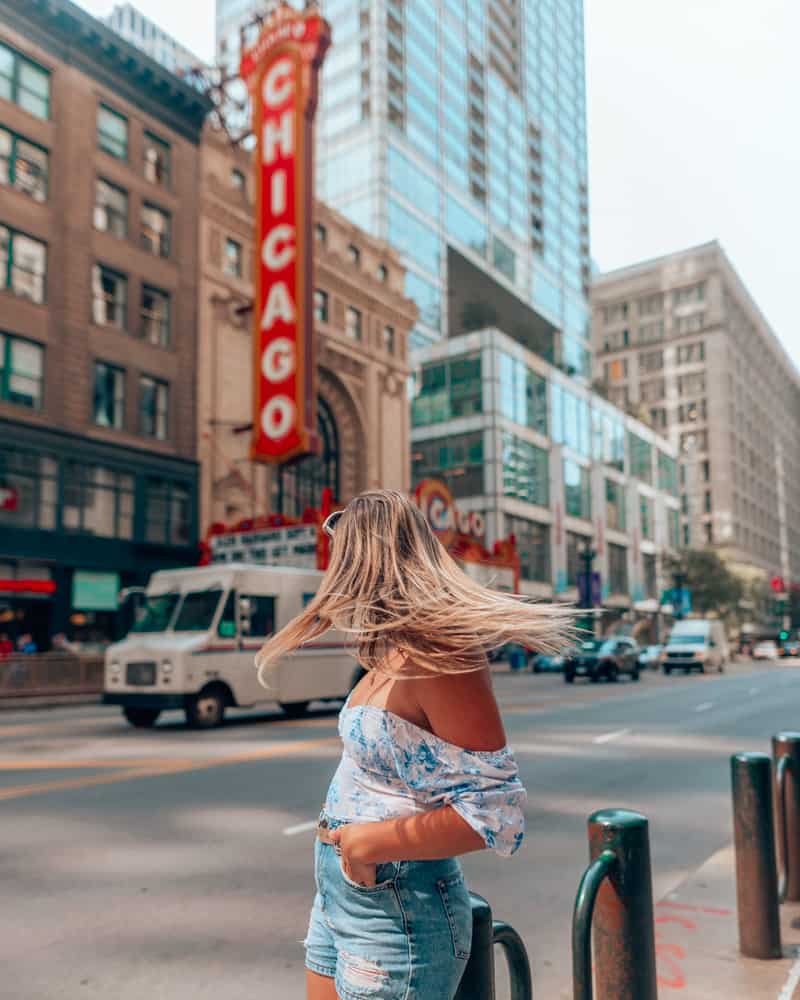 A Hamptons themed bar and restaurant known for its’ “Rose’ all day” sign.  I had to go for the Frose in the summer heat! The airy interior makes for a beach vibe. 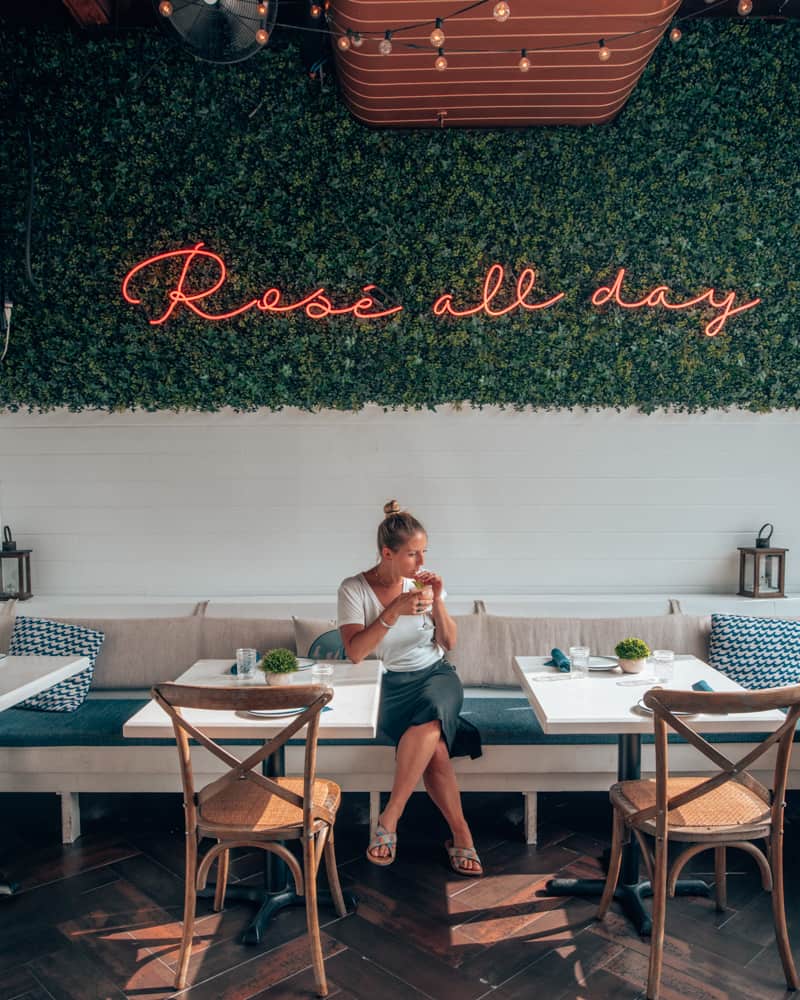 LOCATION: Westtown or The Loop

If you want to add some tropical vibes to your feed head to Beatnik. I went to the one in Westtown and did not want to leave! From the gorgeous interior, to the colourful food and drinks, this place won’t let you down. It actually did taste as good as it looks! At night they even have DJ’s to get your party on! 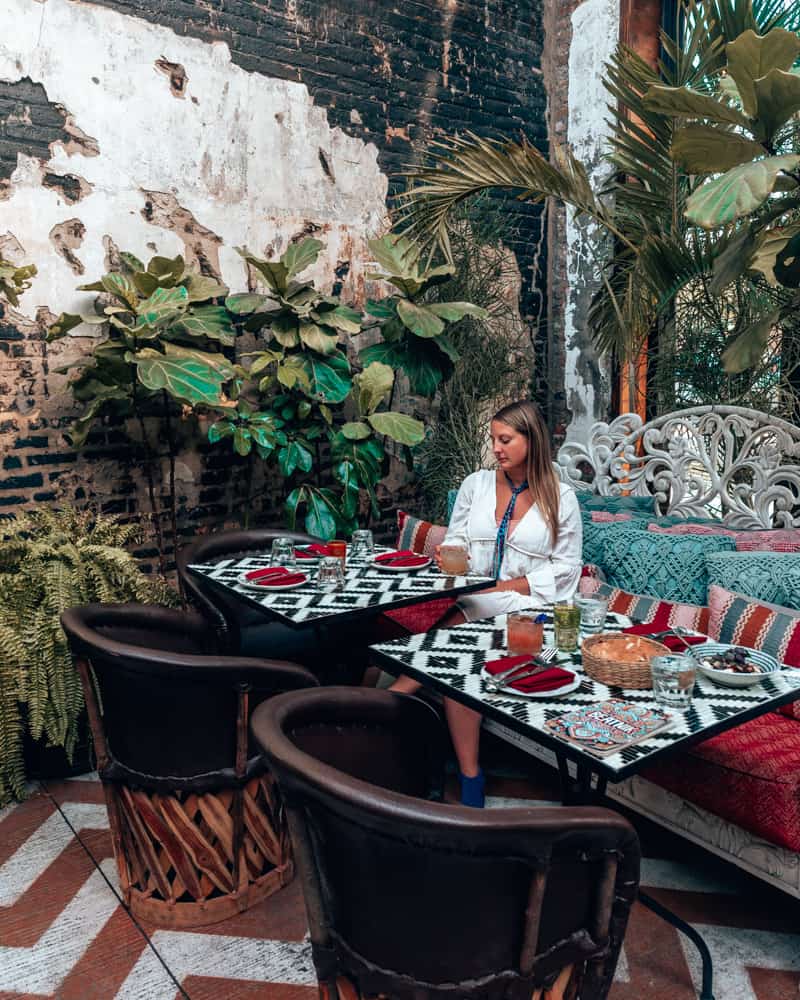 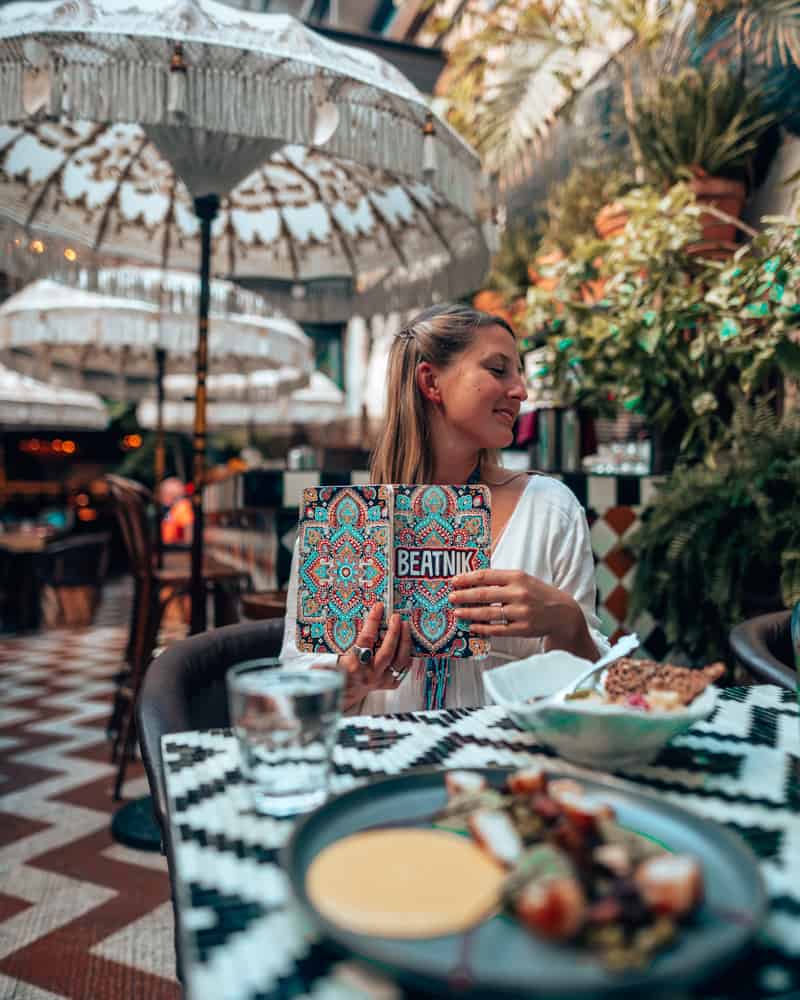 The First Lady cruise was one of the first things I did in Chicago and it was a great way to start the trip. Seeing the city from the river gives a unique perspective and the docent was so full of information. There’s nothing like learning about a city while your floating by.  The photo opportunities are amazing, but it’s also a great educational activity. 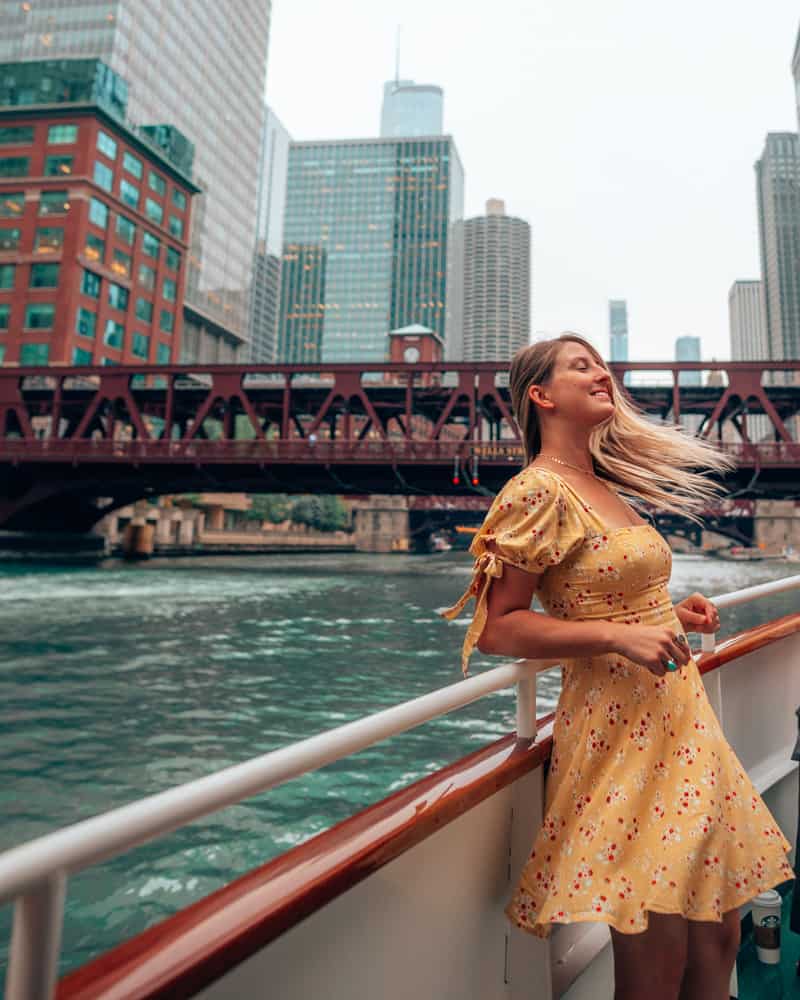 6. Sky Deck – The Ledge at the Willis Tower

The Sky Deck Ledge experience was something I definitely had to do. It actually ended up being pretty scary! Even if you’re afraid of heights, you must grin and bear it for the photo!  This location tops the most instagrammable places in Chicago list. Would you go out on the Ledge? 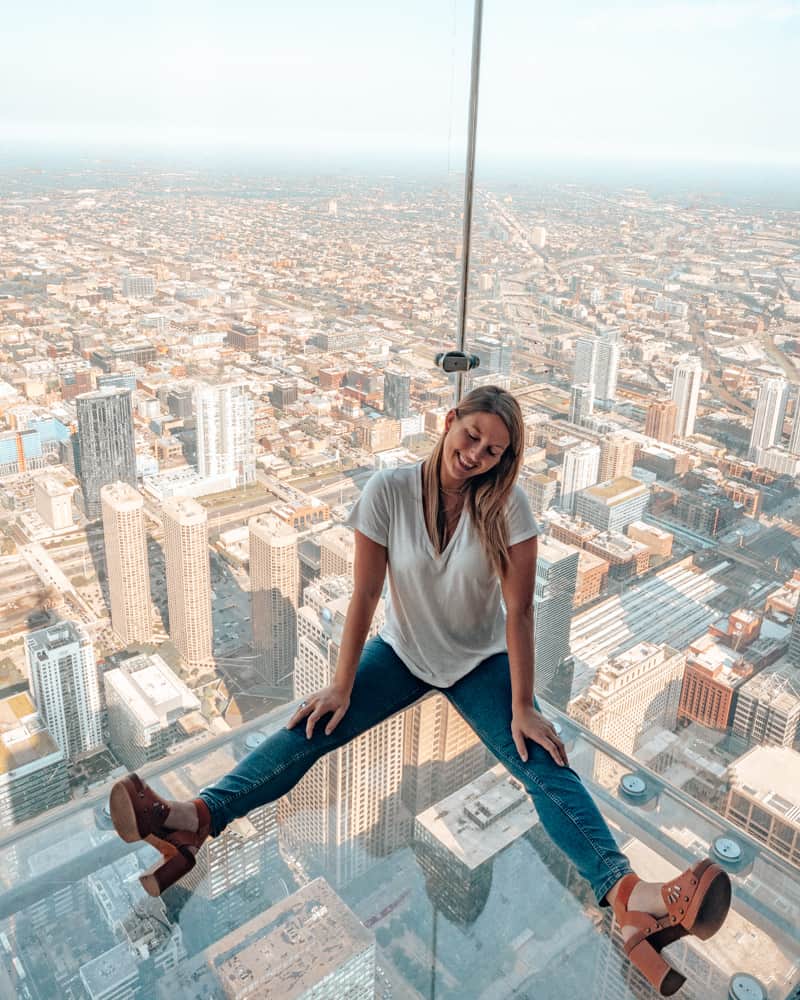 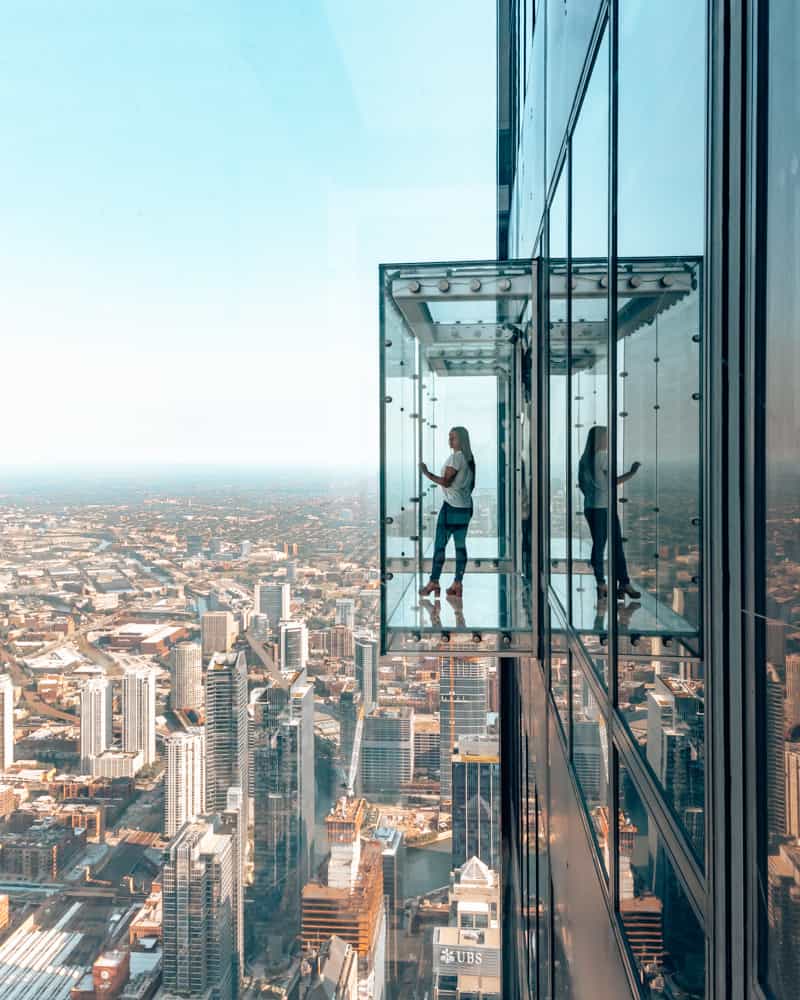 LOCATION: Lower Michigan Ave, across the river from the Wrigley Building

Most of the bridges going over the Chicago river are metal but if you walk to the side of Michigan street you will spot the stone section. It has a view of the river and a few of Chicago’s skyscrapers including the Wrigley Building over my right shoulder. It’s really cool how the river creates a gap between the buildings and makes it easier to get a full view of them. 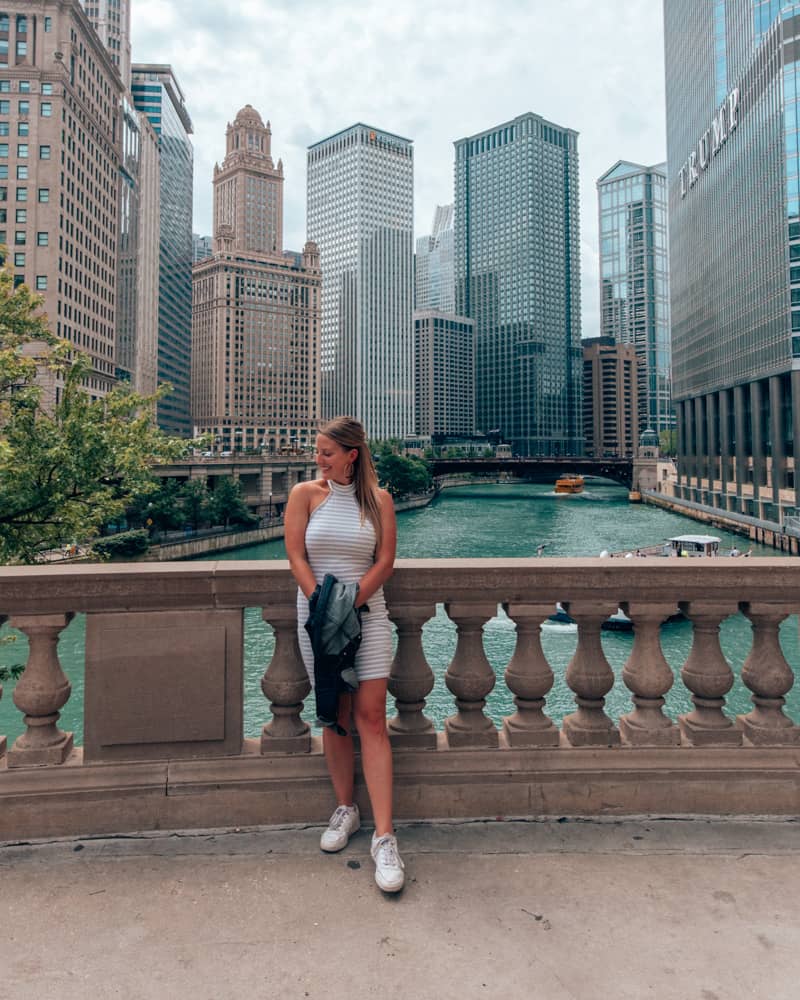 Cindy’s Rooftop is classic rooftop in the Athletic Association Hotel. Walk out on to their terrace for a sweeping view of Millennium Park. We had no problem walking into the bar and grabbing a photo, no reservation needed! 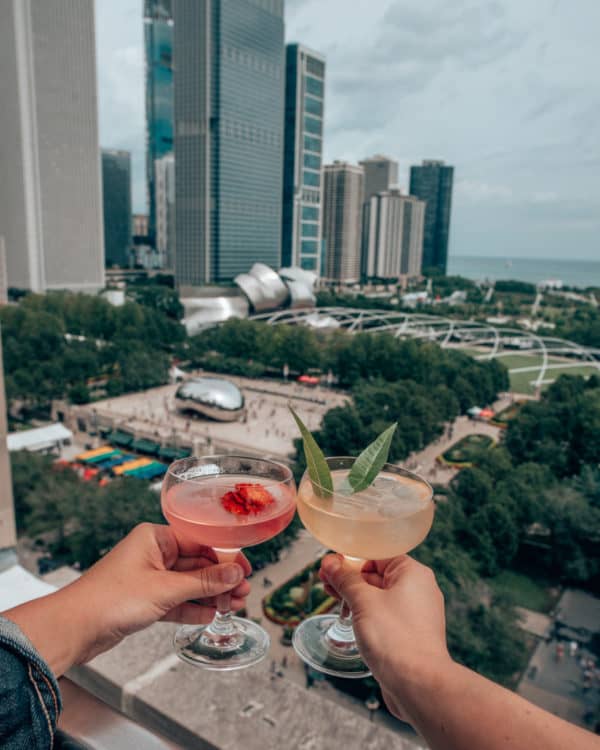 Check out thousands of plants and even a Moroccan Fountain at the Garfield Park Conservatory. This activity is donation based and you’ll feel like you were transported to a tropical paradise! I’ve always been a fan of greenhouses and this was was even better because it’s free 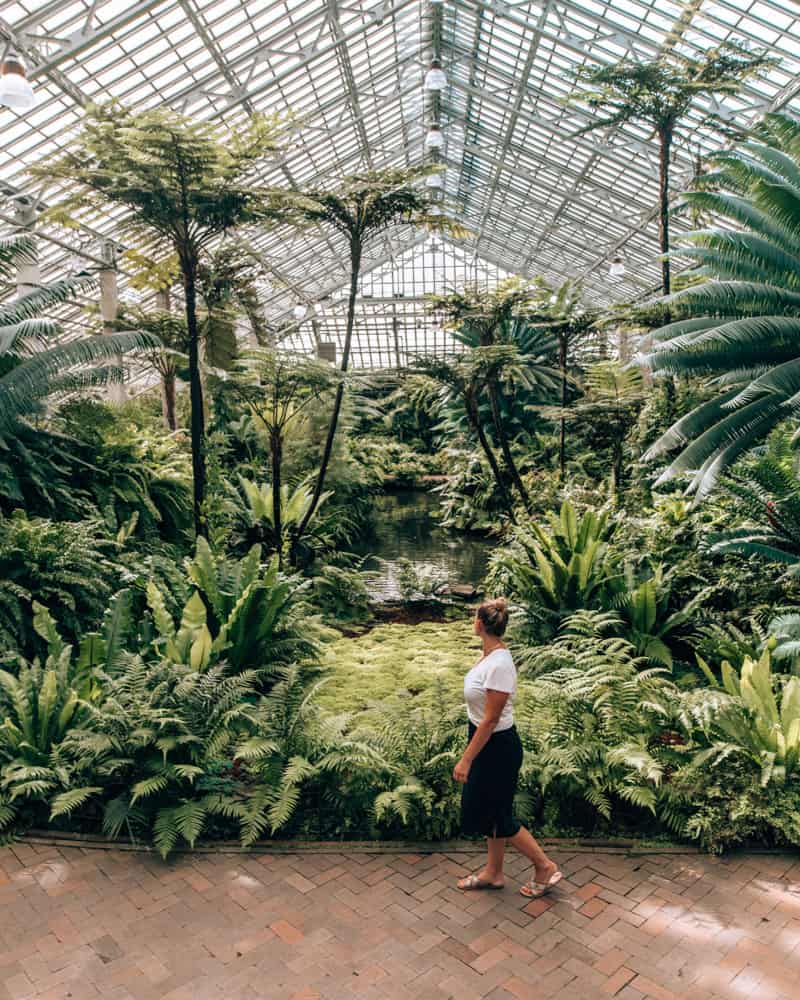 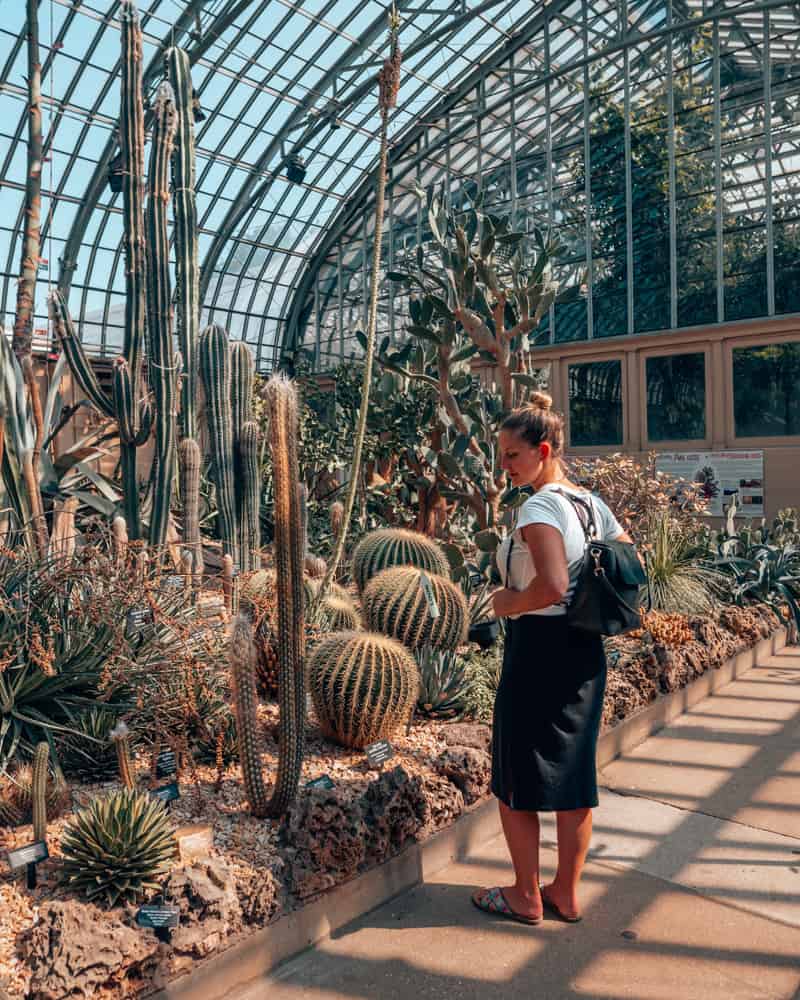 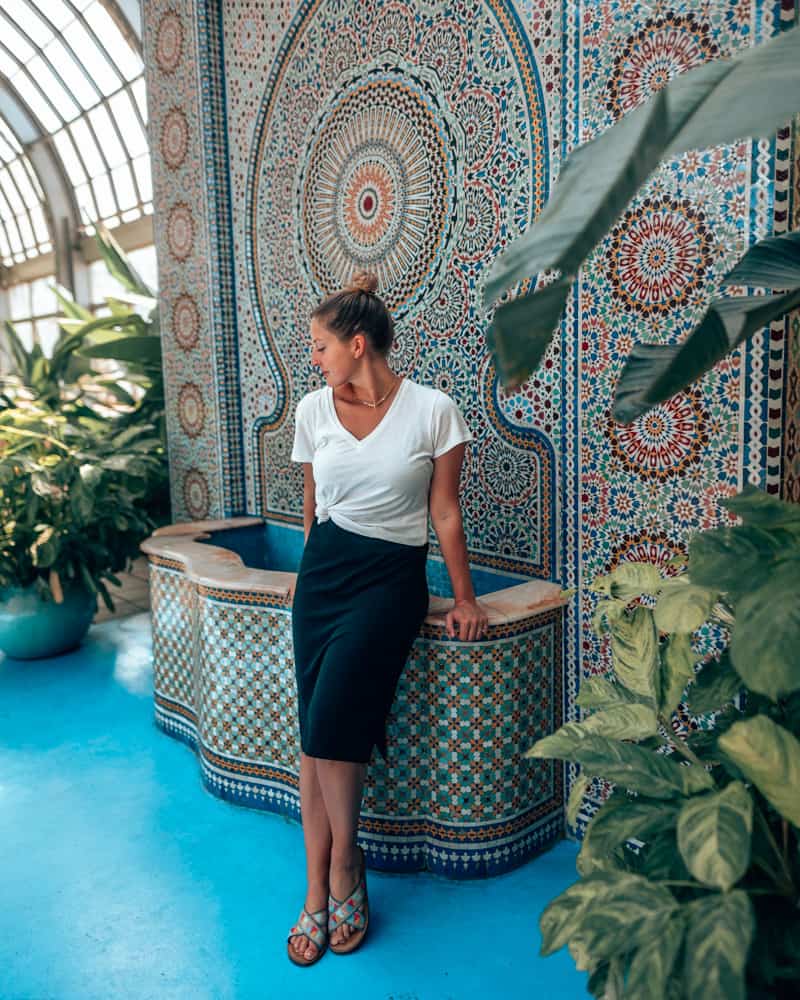 Maison Marcel has two locations, both which are adorable. This shot is at their takeaway window in Lincoln Park. Unfortunately, it was closed when I arrived. Make sure you check the business hours so your can actually try the coffee! 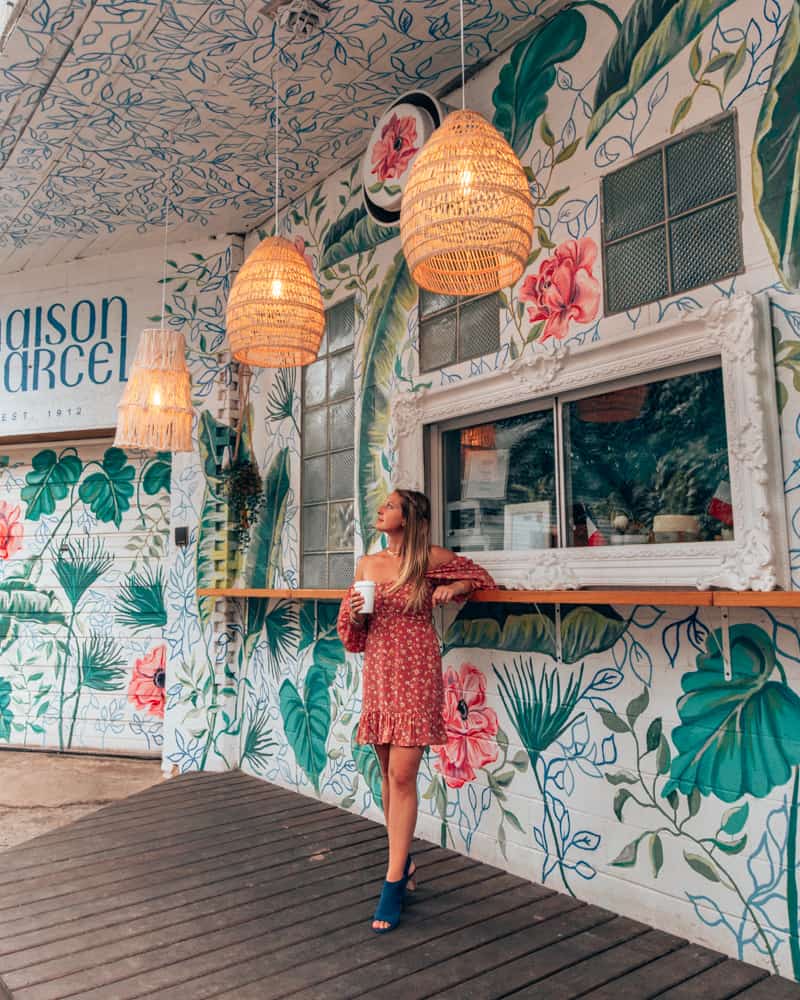 Map of the Most Instagrammable Places in Chicago

Other Locations you should check out for the most instagrammable places in Chicago:

Heading to Chicago? You an find a full Chicago travel guide here.

Check out my other Photo guides to: 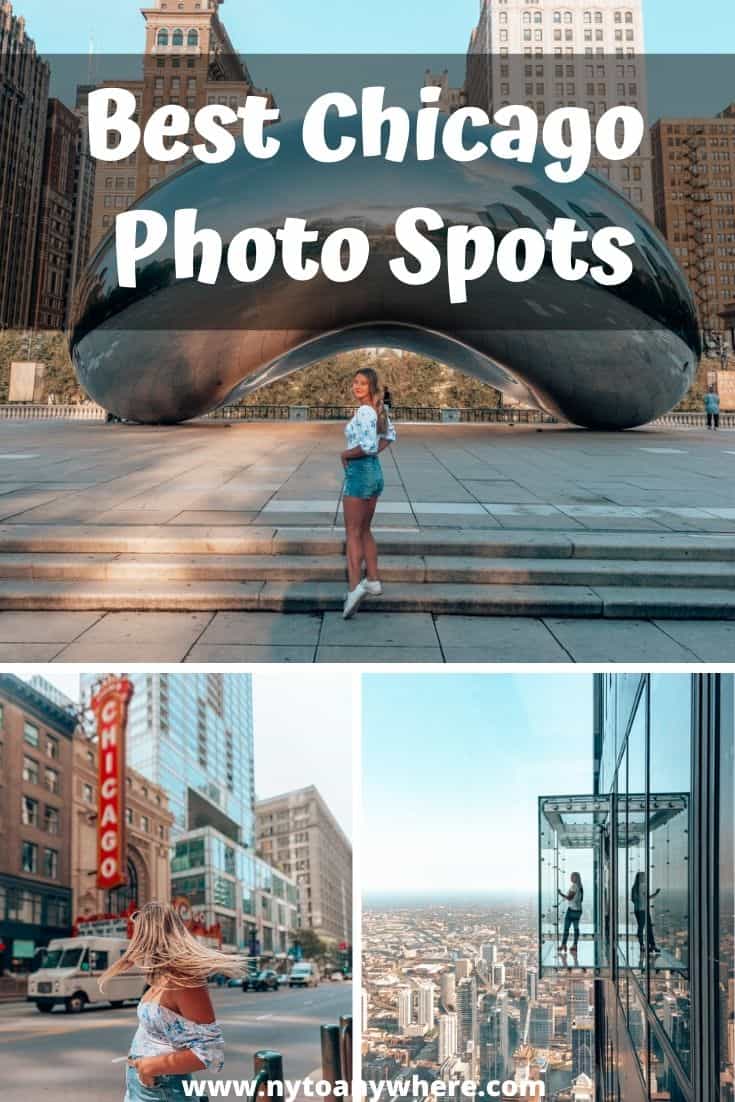 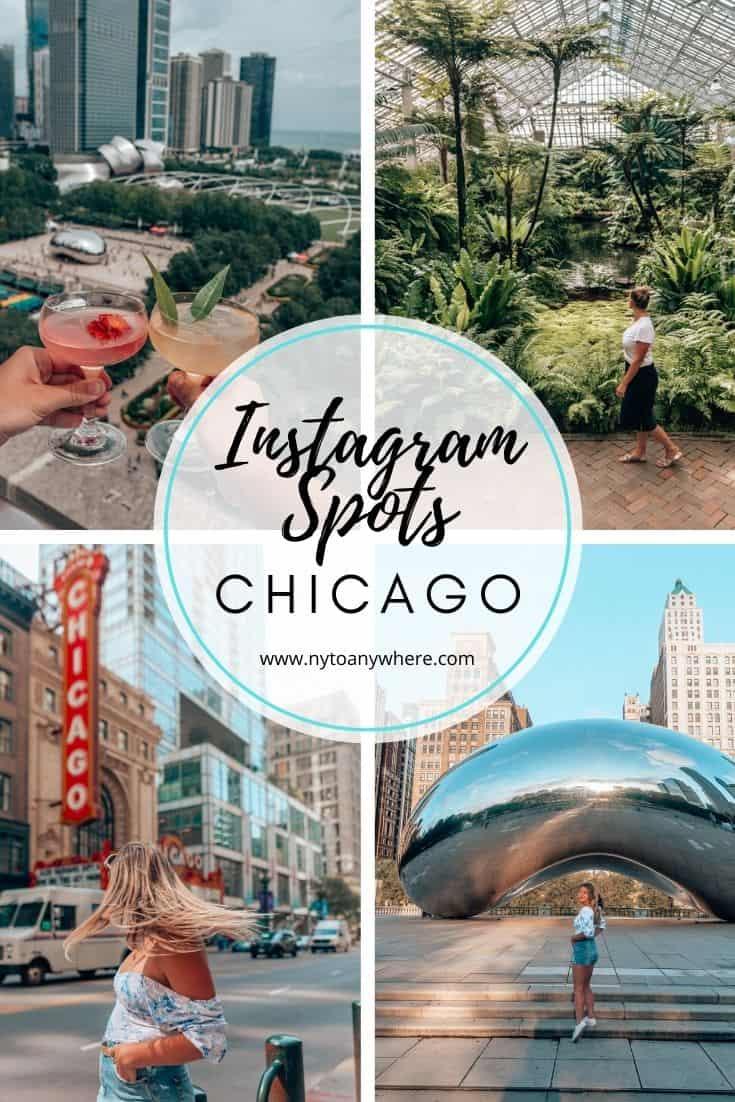 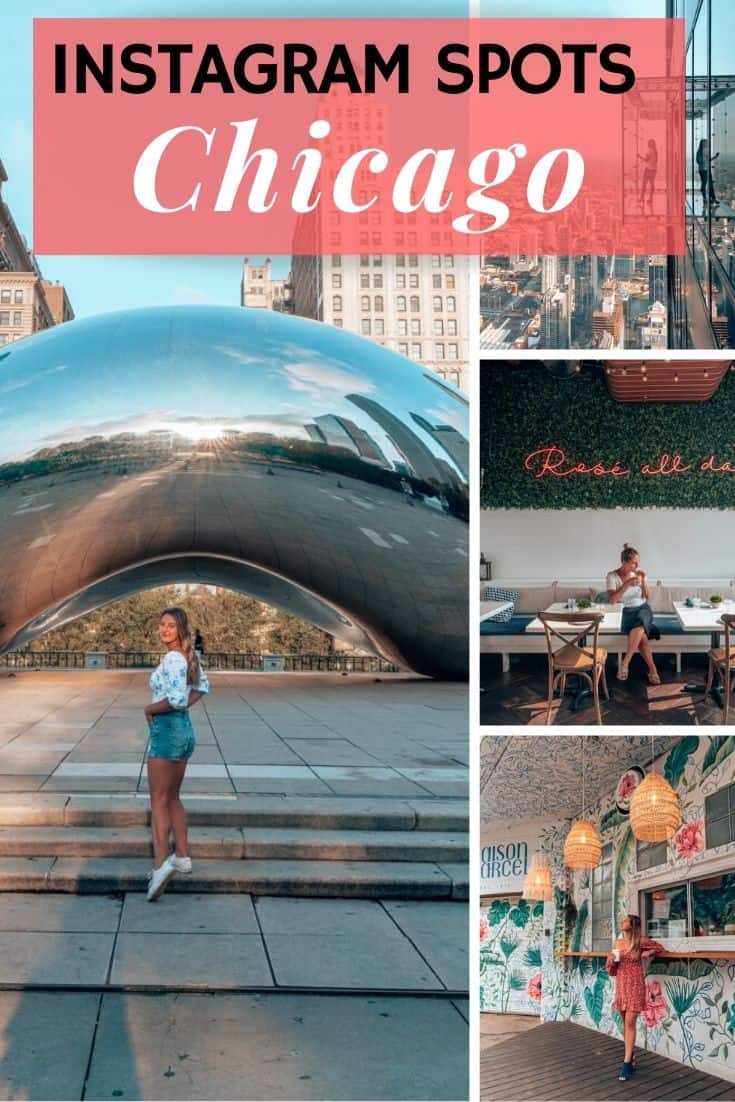 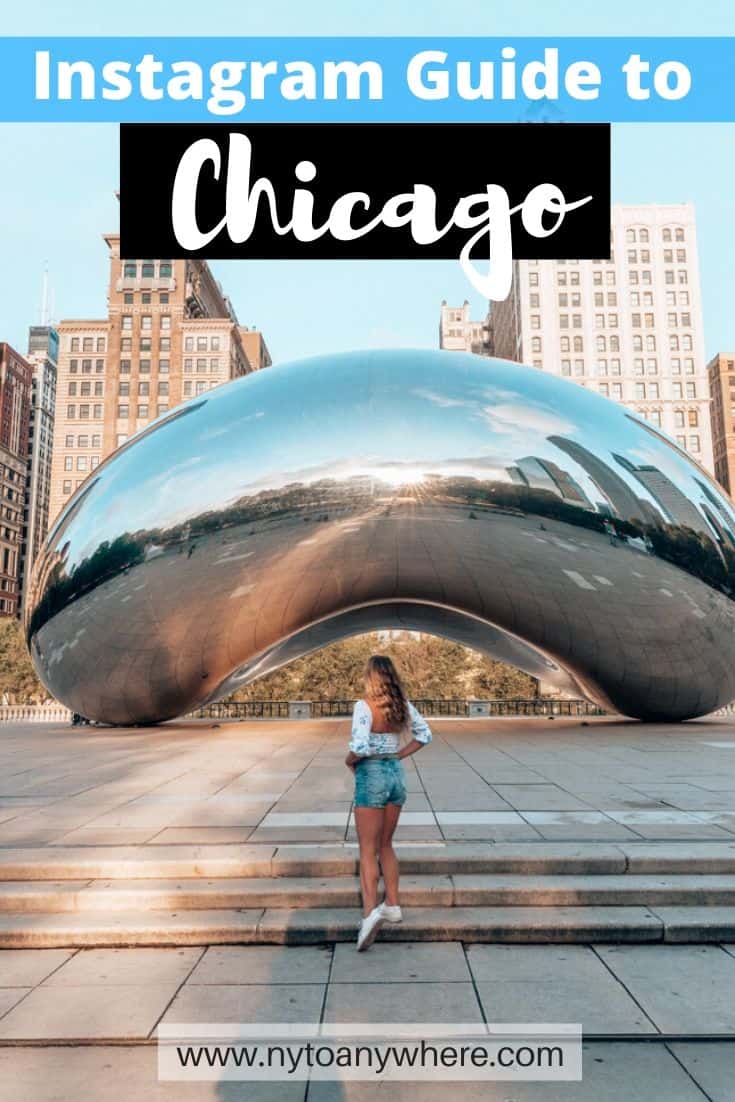 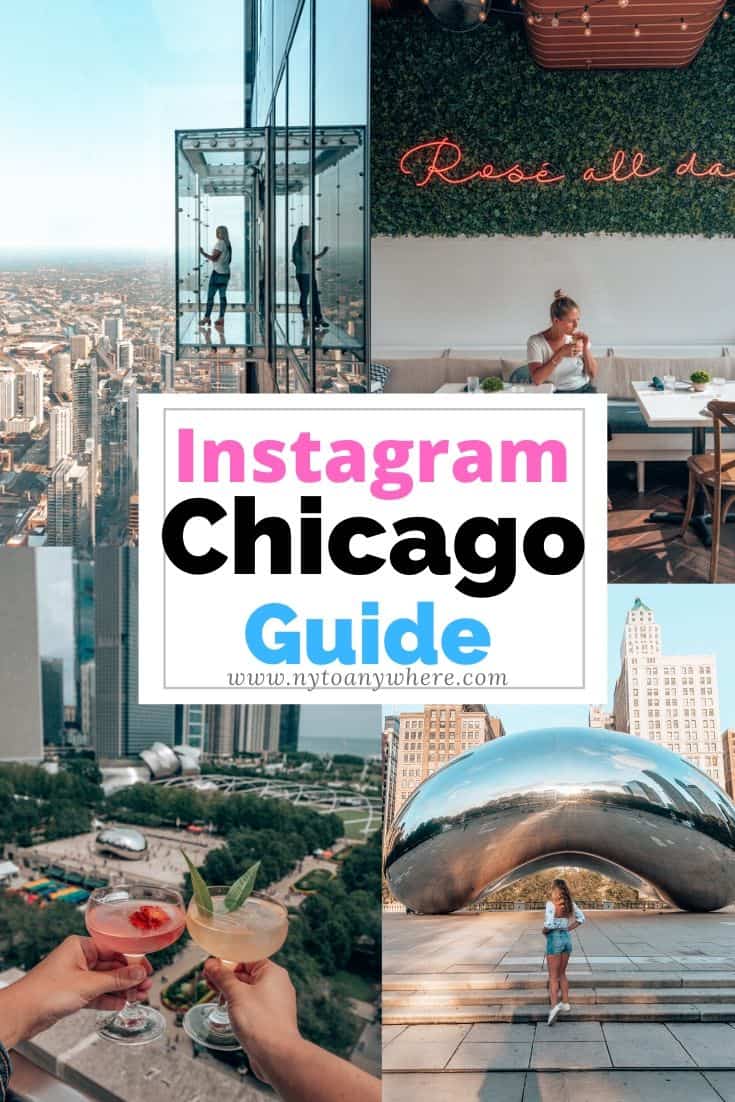 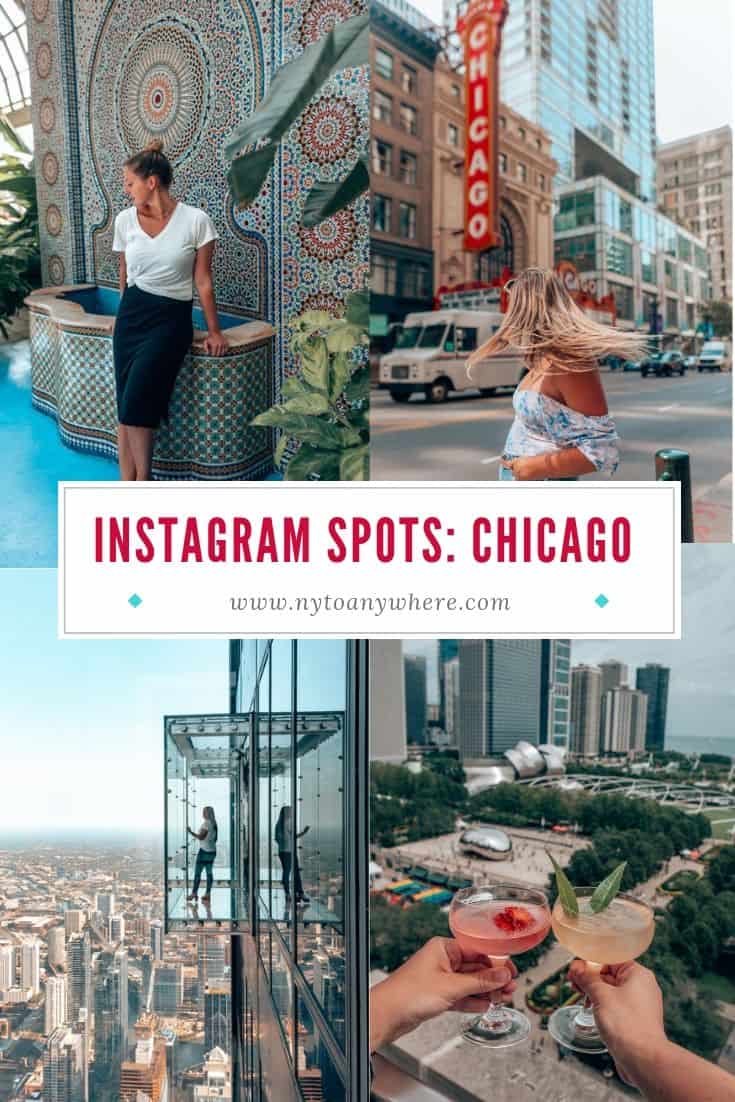 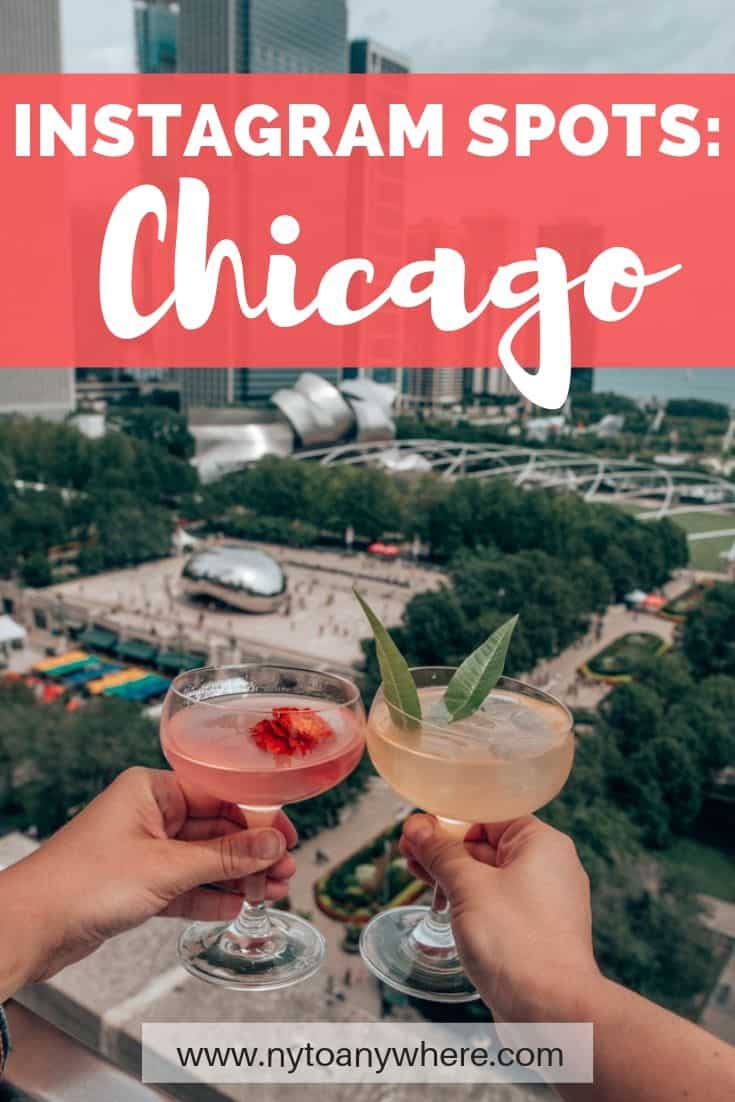 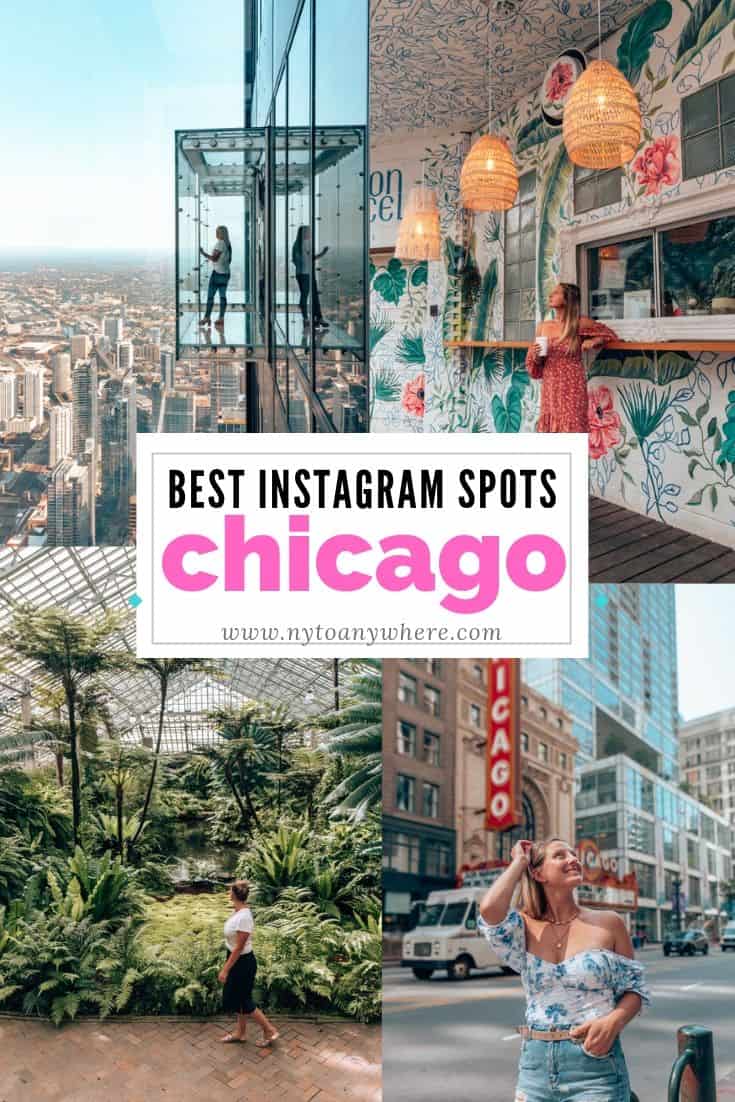 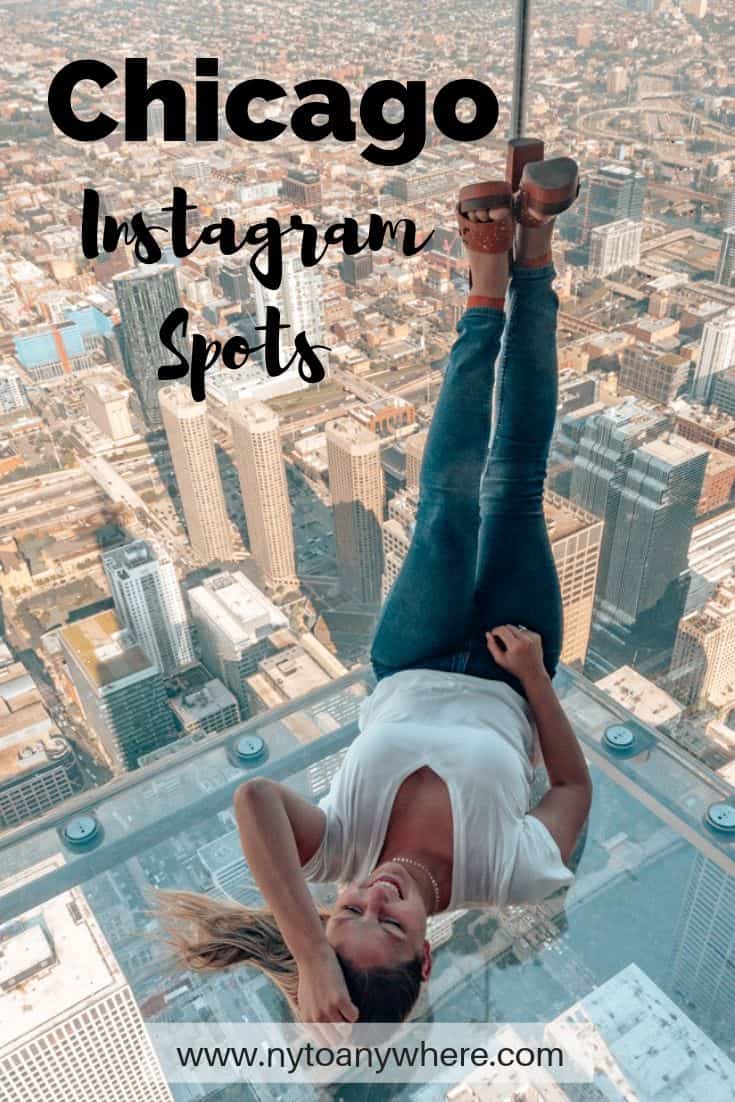